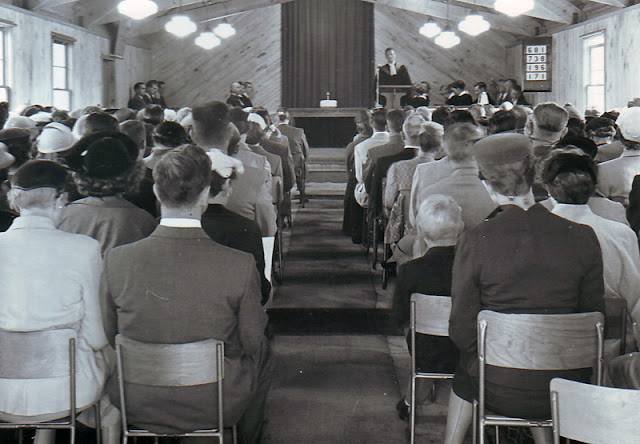 To call Reverend Willis’ trial sermon a smashing success would be an understatement. First of all, he looked like he’d been sent by Central Casting: six feet tall, trim and in his late 40s with graying temples. His eyes were kind, but flashed with intelligence and intensity. He possessed a warm baritone voice that projected without being strident. And with that voice he delivered a sermon that was a model of clarity and simplicity. He chose as his text Psalm 121 --I will lift up mine eyes unto the hills, from whence cometh my help..-- and dissected and analyzed every word until he had built a compelling case for its inclusion among the truly great verses. Best of all, he did all this in 25 minutes, which any churchgoer will tell you is the perfect length for a pastoral message.

Moreover, the Willis family offered additional charms and fascinations. The petite and exotic Mrs. Willis was originally from Korea, and she had met her husband when he was stationed in Seoul. She had converted to Christianity and moved all over the world out of love for this man, and was currently pursuing a graduate degree in literature. Also in attendance was daughter Vicky, a blossoming --in all senses of the word-- high school sophomore whose silky lines emitted a bewitching Eurasian beauty.

But the pièce de résistance, at least for the church’s football fans, not to mention the female parishioners, was Ernesto, the couple’s adopted Panamanian son. A collective gasp was heard from the congregation when he entered the sanctuary. Topping his father’s height by a good three inches, Ernesto walked with the animal grace of a true athlete. Even his six inch wide tie and plaid polyester suit couldn’t completely hide the powerful musculature within. His dark eyes and smoldering Latin good looks were surrounded by a fashionably shaggy mane of jet black hair. Fashionable to Raleigh sophisticates, perhaps, but to our backwards rural community such hairstyles were still considered inappropriate and effeminate. However, it was difficult to imagine anyone foolhardy enough to confront the robust and imposing Ernesto about it.


On that particular day, hairstyles were the last thing on Uncle Larry’s mind, as one look at Ernesto sparked dreams of an undefeated season and a state championship. Seated one pew behind us, he kept nudging my father, whispering that we’d better hire Reverend Willis before some church in Gretna found out about him. My father had trouble concentrating on the sermon, as Uncle Larry continued the conversation by dropping hastily scribbled notes on torn pieces of bulletin into my father’s lap during the proceedings. I caught a glimpse of one of my uncle’s breathless missives, which read “HIRING BONUS? TAKE FROM BLDG. FUND" A bit peeved, my father eventually responded with a note of his own, reminding his brother: “THIS IS CHURCH! SHUT UP CALM DOWN”


Wednesday night’s Search Committee meeting was brief, despite the attendance of a surprise guest. Mr. Schneider, coach of the high school football team, asked if he could address the committee with a few brief remarks. My father noted that the request was unusual since Mr. Schneider was not a member of the church, but the committee would grant his request because of his importance to the community. Clearing his throat, Coach Schneider began by saying that he had no desire to interfere in church business, but wanted to remind the committee that football camp would begin August 10th, and according to state rules all participants must be residents of the school district for at least 60 days prior. He said that basically meant that the committee had until Friday to complete their deliberations. Coach Schneider concluded his remarks by offering the services of his players to help expedite the Willis family’s relocation to Virginia, as well as any painting or yardwork the Willis’ might require at their new parsonage. My father thanked Coach Schneider for his generous offer, but said their decision would be based not the athletic heroics of young Ernesto, but on Reverend Willis’ ministerial and leadership qualities.

“Of course," agreed Coach Schneider, “I just wish he was Catholic so my church could hire him.”

Well any church would be happy to have Reverend Willis at the helm, and his petition passed the Search Committee by unanimous decree. That meant his nomination would be put to the full congregation for a yea or nay vote the following Sunday. The next day, my father made two phone calls, one to Reverend Willis and one to Coach Schneider, informing the respective recipients of the good news.

Reverend Willis was quite pleased and said that even though he trusted in higher powers, as insurance he would keep his fingers crossed until Sunday’s vote. Coach Schneider, on the other hand, was initially thrilled but when my father mentioned the congregational vote, his mood began to sour.

“I told y’all they needed to be here by Friday for the residency requirement. Now we’re screwed.”

My father was taken aback by the coach’s salty choice of words, particularly when discussing the family of a pastor, but shrugged it off as one of the eccentricities of Catholicism. My father assured Coach Schneider that the vote was only a formality, that Mr. Willis’ trial sermon had gone very well, and the deadline would be missed by only a few days at most.

“You don’t understand,” interrupted Coach Schneider, “Them bastards over in Gretna done heard about this somehow.”

“Now they are watching our every move,” the coach continued, “I swear one of them followed me home last night after our meeting. We have got to cross every eye and dot every tee on this deal or they will pitch a fit to the state athletic board. I know them. They'll stir up a shit-storm that'll bury you and me both! Y’all need to get Ernesto’s brown ass up here tomorrow. I don’t care if he sleeps in a ditch, he needs to be a resident of this county by twelve midnight!”

My father then hung up, resisting the temptation to tell Coach Schneider where to insert his whistle. But as he thought about the coach’s gruff assessment of the situation, my father realized that there was much more than football at stake. He was duty-bound to disclose this new information to Reverend Willis. If Ernesto was forced to sit out his senior season, it would likely crush any chance of the athletic scholarship the young man had worked so hard for. Under those circumstances, Reverend Willis would probably decline the job offer, and my father wouldn’t blame him. He’d do the same for any of his children.

My father then hit upon a brilliant gambit. One that might not endear him to my mother, but it would save everyone’s bacon. Ernesto would come and live with us while his family sorted out their move to Virginia. My older brother, a student at Virginia Tech, was remaining in Blacksburg for the summer to participate in an agricultural research project on soybeans, so we had plenty of room at our house. As expected, my mother was resistant at first, and foresaw a number of problems:

“What do I fix for him to eat? I mean, isn’t he Mexican or something?”

“He’s lived in Raleigh for the past year.” exclaimed my father, “70 miles away. I expect he eats the same things we do. Besides, your fried chicken is so good, one bite and he’ll forget all about chili or whatever.”

Complimenting my mother’s cooking was always the fastest way to her heart, and she slowly warmed to my father’s plan. And, truth be told, she was our family’s most rabid football fan and was looking forward to seeing the powerful Ernesto donned in the home team’s blue and white.

My father then called Mr. Willis again, and tried to explain the thorny dilemma as delicately as possible. He wanted to make sure Reverend Willis understood that the community wanted him as a minister first and foremost, and this idea to insure Ernesto’s athletic eligibility was being offered purely in consideration of the young man’s future. Mr. Willis said that he understood, and thanked my father and Coach Schneider "for being on top of the rules and regs.” He said that he would explain the situation to Ernesto and, unless he heard otherwise, my father could pick up Ernesto at the bus station tomorrow afternoon. His residency would be established with several hours to spare; certainly enough buffer to keep the Gretna Hawks Booster Club quiet for now.

My father hung up the phone and breathed a deep sigh of relief. He looked at me and with a big grin said, "Well. I think we've got this worked out Crockett. What do you think?"

I nodded in complete agreement. Although deep down in my 14 year old soul, I secretly wished the alluring Vicky was coming to stay too...

Ah, yes, "eccentricities of Catholicism" from a Baptist viewpoint. There have been time I wish I was raised Catholic.

My how the plot thickens. Although I am worried that there is time for things to sour.

Now if only I could have a weekly syndicated installment I think all my entertainment needs would be met.

I thank and salute you on behalf of all the people of England, and look with Yuletide glee forward to episode 3.