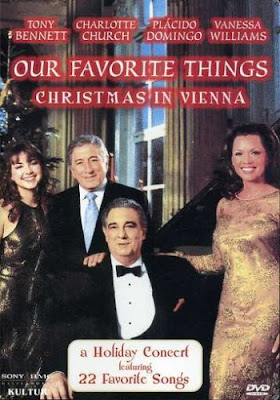 How could a Christmas concert by four talented singers accompanied by an orchestra and choir be so bad? Somehow, this disc manages to pull it off. First of all, the DVD starts with lengthy commercials exhorting us to purchase the entire discography of the featured singers. Come on. How many Charlotte Church discs does one really need? Then the concert finally starts, and underneath the glitz and glamour it is apparent that there has been absolutely no rehearsal or preparation for this performance. The singers keep looking down at their podiums to read the lyrics, which is terribly distracting and makes the whole program seem like an overproduced karaoke night. They couldn’t learn the words to “Winter Wonderland” for crying out loud?? Also, the singers make no attempt to blend their voices. The Bennet/Domingo duet of “I’ll Be Home For Christmas” is nothing but a shouting match and may be the worst professional musical performance I’ve ever heard. Rather than infusing your home with holiday cheer, this disc will have you bellowing “bah humbug!” 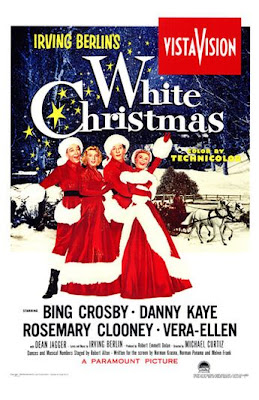 This holiday staple features lots of fine singing and dancing, perhaps too much, as it gets a bit repetitive. However, if you are looking for classic holiday entertainment that will please a broad age range, this disc is a good choice. It is especially interesting when compared with its unofficial companion piece, Holiday Inn of 1942. Twelve years separate the films and it's clear that profound changes had begun to sweep America in the interim. Holiday Inn, for instance, has a hideous minstrel show number featuring Bing in black face. He even says "Who dat?" a few times. The idea that this was considered perfectly acceptable mainstream entertainment boggles the mind. The image of women was beginning to change as well. The female performers in White Christmas, Clooney and Drake, are professional entertainers and not all that interested in marrying and settling down, while in Holiday Inn, Marjorie Reynolds hopes her singing and dancing will help her land a husband. Speaking of Clooney, she kind of steals the movie with that amazing voice of hers. If a steel rod covered in honey could sing, it would sound like her. 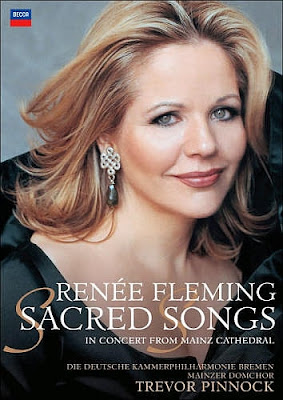 A perfect holiday disc and one that will no doubt become a Christmas Eve tradition at our house. I don't know if there are plans to release this in blu-ray, but if so, I will be first in line.

I'll shut up and get out of the way so you can hear for yourself...

Good Morning! I totally agree about "White Christmas". Too commercial and contrived. I've always loved "Holiday Inn", especially when they drive the woodie into the pond ("Shortcut to the shortcut...")

As for Christmas albums I don't like, Barbra Streisand has an old one I never could stand. Traditional albums like the vintage Fred Waring Christmas album and the Mormon Tabernacle Choir album. Also, the first edition of the series of albums, "A Very Special Christmas" (madonna, springsteen, mellancamp & more) is excellent.

I'd forgotten about driving the woody into the pond...that was a funny scene. But the minstrel show stuff kinda ruined it for me :)

As for bad Christmas albums, my mom bought this record back in the 60s that turned out to be traditional carols played on a pipe organ with no singing or anything. "Rudolf the Red Nosed Reindeer" on a pipe organ is, well, different.

I had an urge to put on roller skates...