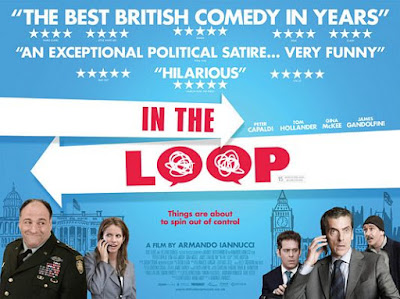 Doctor Strangelove meets The Office in this bouncy quasi-doc that somehow makes us laugh out loud at a bit of recent history - the selling of the Iraq War - that wasn’t the least bit funny when it was happening. The film looks at the unique, and rather sordid, relationship between the US and UK governments in drumming up war fever; a relationship based on mutual exploitation and bamboozlement. 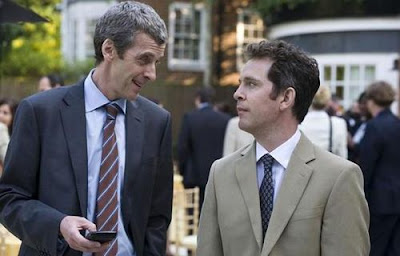 The fun gets rolling when a dim bulb of a cabinet minister (Tom Hollander) makes a casual public remark that war is “unforeseeable”, and the BBC makes the mistake of assuming that Hollander has a clue what he’s talking about. This causes frenzy on both sides of the pond as US and UK officials realize they must now redouble their efforts to sell this war to a skeptical public. Hollander and his young assistant (Chris Addison) are quickly summoned to Washington, where a thorough tongue lashing awaits them from a cold blooded State Department neo-con (well played by David Rasche), who wants this war so badly he can taste it. 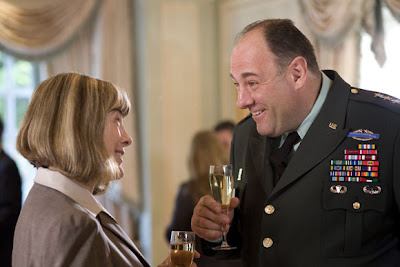 Along the way we meet an array of powerful goofballs and wannabes, and all of them share the trait of ineptitude tempered by naked ambition. Mimi Kennedy (yup, Dharma’s mom) and James Gandolfini kind of steal the show as Secretary of State and a dovish 5 star general, respectively, and it’s great fun watching these two gifted talents interact. 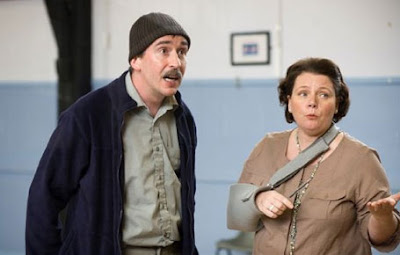 Ultimately, the whole rush to war is nearly derailed by a livid constituent of Hollander (the hilarious Steve Coogan) whose garden wall is falling down and somehow it’s the government's fault. Then there’s Peter Capaldi as a shadowy Downing Street official whose profanity laced tirades serve as a vivid reminder that British cursing is much funnier than the American variety. 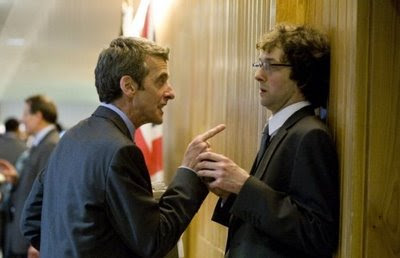 In the Loop is an entertaining and enjoyable romp. Just don’t think too much about the actual events the film satirizes or you may find yourself feeling a bit nauseous.