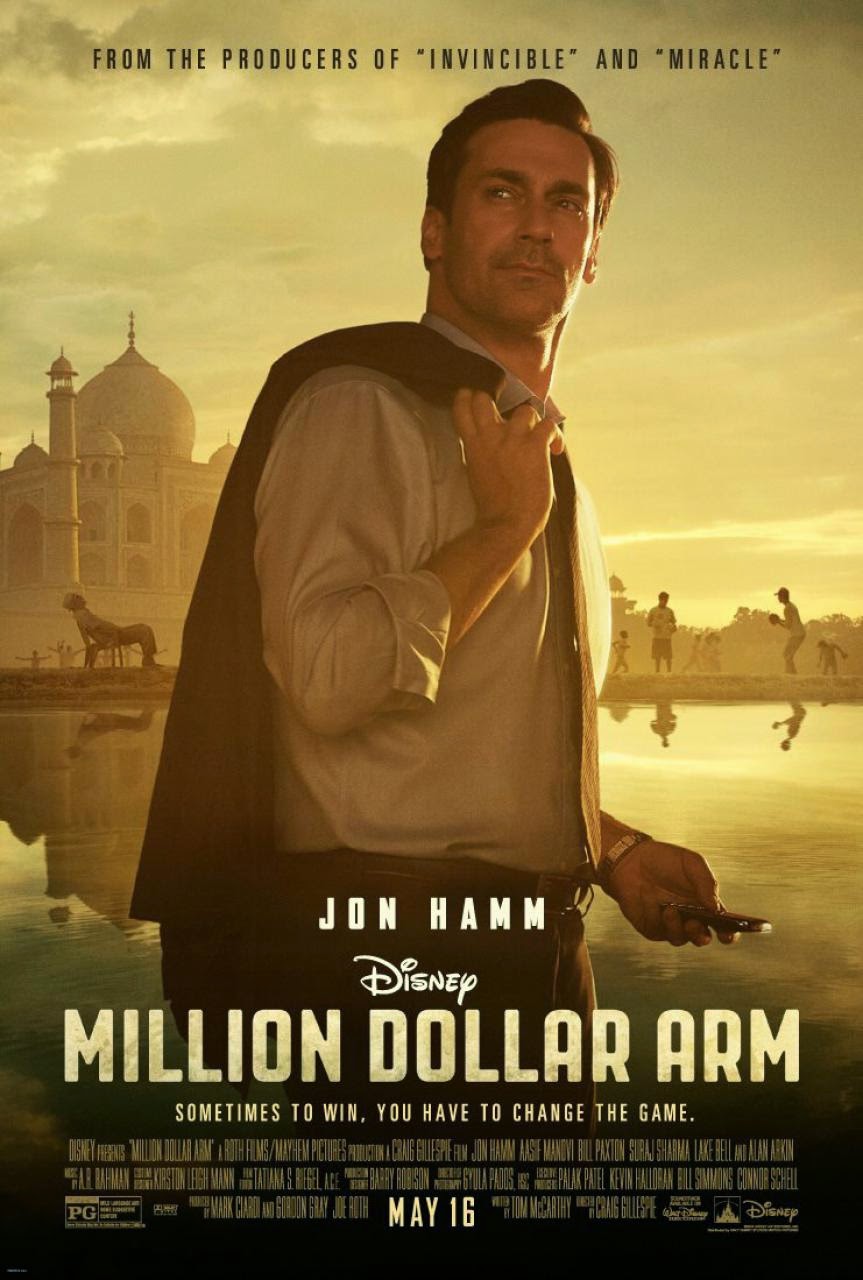 Million Dollar Arm (2014) is a feel good, underdog, fish out of water (or whatever additional cliche you choose) movie that’s entirely predictable. But it’s so well executed even the most cynical viewer will succumb to its seductive charms. The film boasts an impressive pedigree. Written by Thomas McCarty (The Station Agent, The Visitor) and directed by Craig Gillespie (Lars and the Real Girl), Million Dollar Arm doesn’t suffer from lack of creative talent, and the subtle touches and skillful flourishes of these artisans lift the material beyond its family-friendly genre origins. 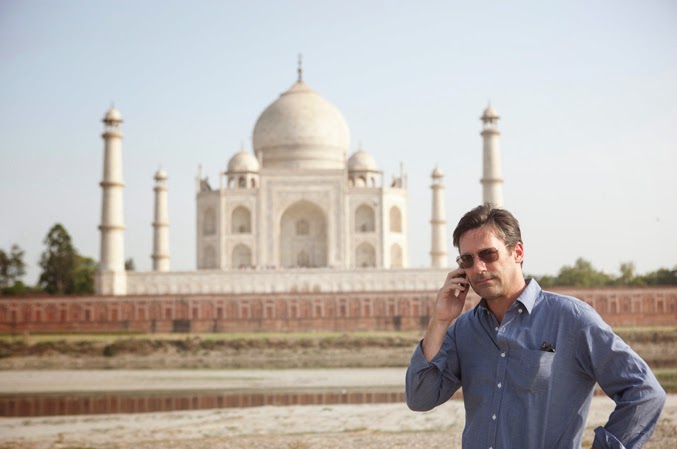 Jon Hamm stars as an ultra-slick sports agent who botches the signing of an elite NFL linebacker, sending his firm into a financial tailspin. With the help of a wealthy investor (veteran character actor Tzi Ma), Hamm hatches a scheme to recruit two cricket bowlers from India, convert them into pitching prospects and popularize Major League Baseball in the world’s second most populous nation. After an exhaustive search, Hamm discovers Rinko (Suraj Sharma from Life of Pi) and Dinesh (Madhur Mittal from Slumdog Millionaire) and brings these two athletic bumpkins from rural India to L.A. where a stunning dose of culture shock awaits. 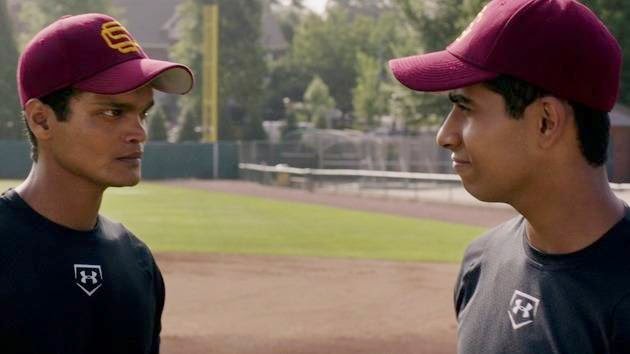 From there the proceedings strike a familiar tone, as the young men work with USC’s baseball coach (Bill Paxton) and struggle mightily to prepare themselves for their Big League tryout; a regimen complete with small victories, major setbacks and deepening personal relationships. Throughout it all, Hamm thankfully embraces his inner Don Draper, and applies that character’s fascinating ethos of honorable sleaze in a winning fashion. In his recent big screen appearances, Hamm has attempted to run away from his Draper history, and obscure the iconic Mad Men character in a swirl of forced enthusiasm and eccentric line readings. Million Dollar Arm shows us the alternate universe Don Draper, a talented but deeply flawed man who may have selected sports agency over advertising, but uses equally fine-honed instincts to overcome adversity and survive. 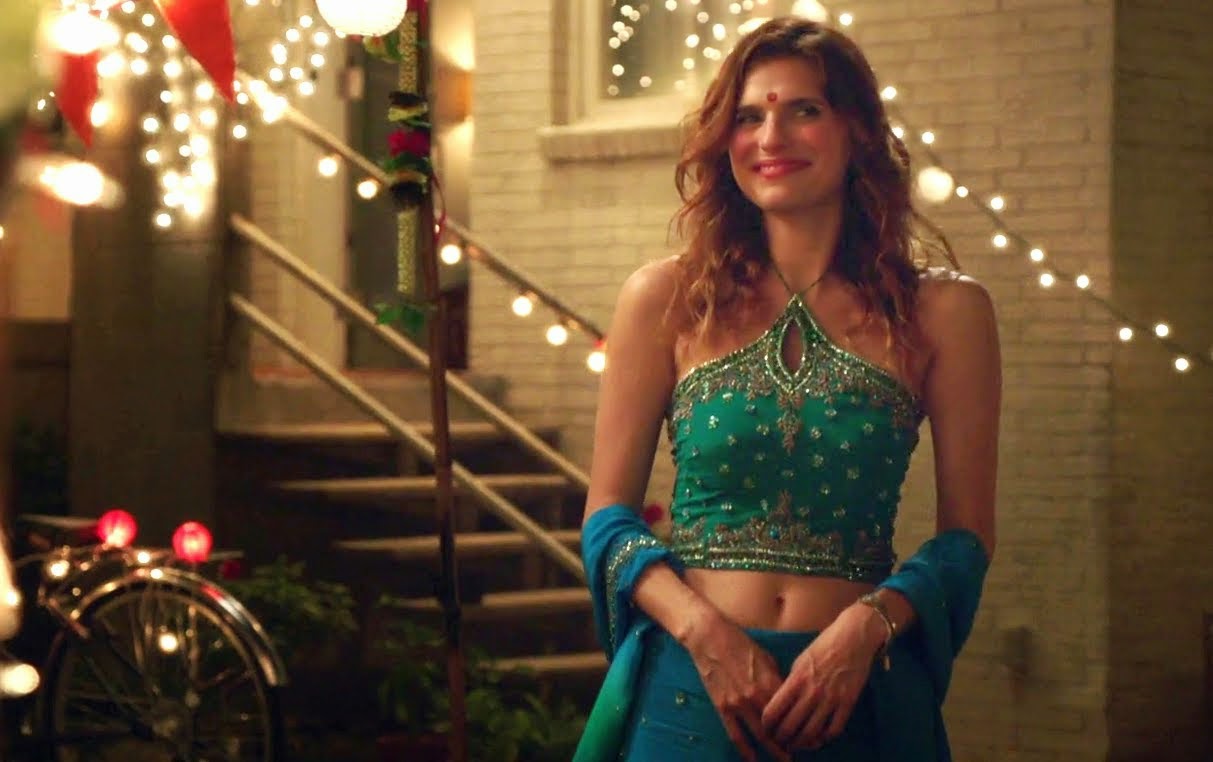 In support are strong performances from Lake Bell (In a World) as Hamm’s slowly developing love interest, Pitobash (Slumdog Millionaire) as  India’s biggest baseball fan and Alan Arkin who, as usual, nearly steals the movie as a grumpy, eccentric old-school baseball scout (Note to self: Be Alan Arkin when you grow up). Million Dollar Arm accomplishes exactly what it sets out to do: provide a pleasant and ultimately lovable afternoon at the movies. And there’s nothing wrong with that.