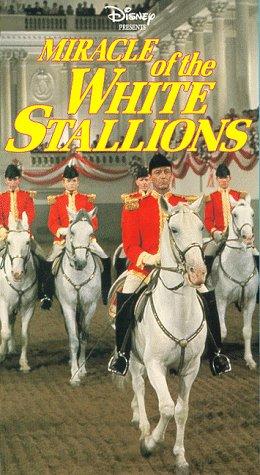 Miracle of the White Stallions (1963) is a Disney production with all the classic elements of the studio’s early forays into live action adventure. Set in Vienna during the waning days of WWII, the film chronicles the city’s Spanish Riding School, home of the famed dancing Lippizaner horses. With Vienna enduring nightly bombing raids, the school’s director Colonel Podhajsky (Robert Taylor) desperately seeks to transport the prized beasts to safety in the countryside, but the Nazi authorities are equally determined to keep the performances going to maintain a veneer of normalcy. To these German functionaries, allowing the riding school to leave would be tantamount to admitting defeat, while the Russians and Americans press ever closer to the Austrian capital. 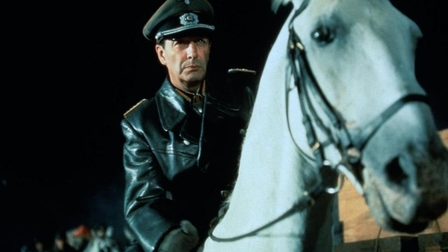 With the help of a disgruntled Nazi general (Curt Jurgens) Podhajsky devises a clever subterfuge to smuggle the stallions out of Vienna, but soon learns he has a new problem. The Lippizaner mares, previously kept at a remote training facility, have been absconded by the Germans and taken to Czechoslovakia, where they face the very real possibility of being used for food by a starving populace. Enter the conquering General Patton (John Larch) and his assistant Major Hoffman (James Franciscus), both former Olympic riders and admirers of the legendary Lippizaners. They form an uneasy alliance with Podhajsky, and the men launch a daring rescue mission: part military maneuver, part American frontier-style roundup. 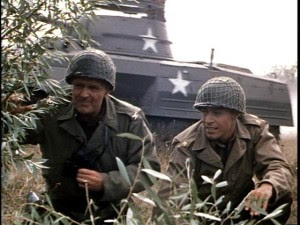 As typical of vintage Disney adventures, the story is laced with sentimentality and, despite its European setting, heavy injections of aw shucks Americana. The American dog faces and Austrian aristocrats appear to have no difficulties understanding each others’ language, although Rosetta Stone software was still some sixty years in the future. The film proudly proclaims it’s based on a true story, but viewers will strongly suspect the taking of significant narrative liberties. 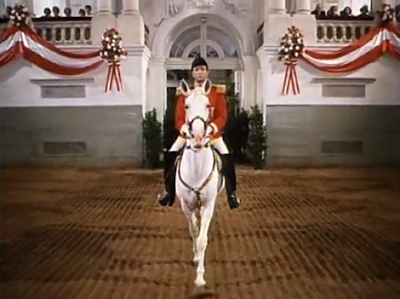 However, none of these are damnable weaknesses. Also typical of Disney productions Miracle of the White Stallions displays high levels of craft in the art of moviemaking and visual storytelling. Events unfold at a well measured pace, with timely character building interactions. Directed by Arthur Hiller, a solidly competent artisan who spent the 1960s and 70s churning out a string of hits, the production meets its assorted challenges - battle scenes, exploding buildings and a stampeding remuda numbering in the hundreds - with an efficient finesse. Robert Taylor may have looked more comfortable in a cowboy hat, but he carries the fine livery of the riding school with a steely and regal bearing. 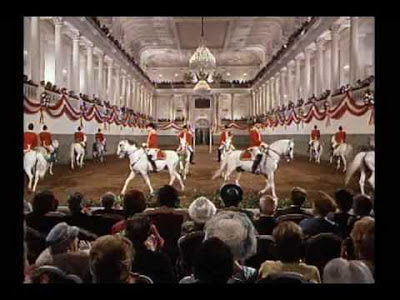 The real stars, of course, are the magnificent Stallions and their extraordinary feats of precision. Viewers are treated to two extended performance sequences, featuring the beasts’ famous diagonal trotting and stationary high jumps. The mind reels at the hours of training involved - and the high degree of trust between animal and man - to coax the giant creatures into acrobatic moves that appear so effortless. This film gave many young Americans their first exposure to this storied European tradition. A tradition which happily continues to this day, playing to sold out performances the world over. Walt Disney achieved many amazing things in his life, including helping to save the equally amazing White Stallions of Vienna.

Not only have I seen this movie, I actually got to see the Lippizaners in action! Back when I was a pre-teen and completely infatuated with all things horsey.

Wow. I guess not every live-action Disney was bad. Ashamed to admit I've never heard of it.

METS: It was buried way deep in my memory. Then i saw a show on Nature about the Lippizaners and it all came back to me. So much of the early Disney stuff is not available on DVD. Fortunately this one is...