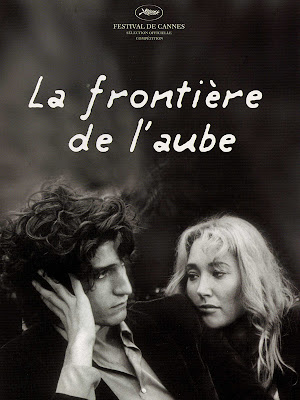 It’s fair to say that Philippe Garrel has small, moody films about soured romantic obsession down pat. Throughout his long career he’s made quite a few of them, and while we can’t claim to have exhaustive knowledge of his oeuvre, the ones we’ve seen we generally like. This one begins in typical Garrel fashion, with a shot of a slightly confused looking young man named François (the director’s son Louis – filmmaking is always a family affair for the Garrel clan) wandering down a deserted Paris street, camera gear and tripod in tow. He is clearly searching for an address, and soon enters a fashionable baroque apartment building - a building inhabited by a woman who will change his life forever. 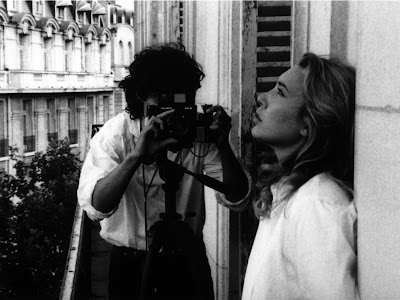 Garrel’s been dispatched to take a portrait of Carole (Laura Smet), a pretty young actress on the verge of stardom. There is palpable heat between photographer and subject, and before long their relationship advances far beyond professional. The elder Garrel takes his sweet time in developing this romance – which is far from low maintenance- and at first it appears the director is squandering narrative resources on a pointless relationship that will obviously end badly. But the veteran filmmaker is patiently establishing crucial backstory elements that must not be rushed. All will be revealed in the later reels. 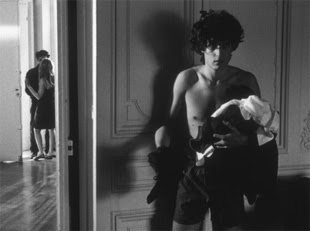 Carole displays troubling behaviors that keep both François and the viewer off balance, and constantly questioning the wisdom of this romance. Garrel has presented this self destructive female character before, most notably the dreamy drug-addict played by Johanna ter Steege in I Can No Longer Hear the Guitar, but Carole’s issues run much deeper. However, the infatuation of François is so intense he can’t resist her. When he finally and painfully decides to end the relationship, tragedy ensues and François finds that his troubles with Carole are just beginning. 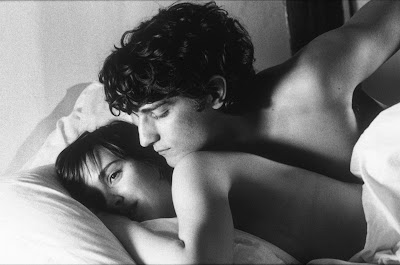 Again, as in Guitar, we flash forward a year and François is attempting to build a new life with the calm, level-headed Eve (Clementine Poidatz). While his bohemian friends congratulate him for finding “bonheur bourgeois”, François is haunted by vivid memories of the sensual Carole. First in his dreams and then, in a starkly supernatural turn, she begins to invade his physical world as well. 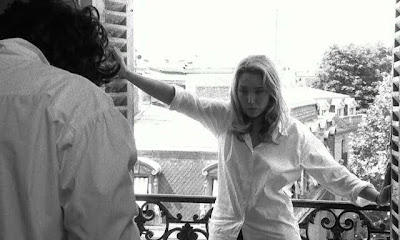 This film doesn’t rank with the best of Garrel, but features many of the stylistic ingredients that distinguish his work. The overriding tone of melancholy, the sudden, at times jarring, background music – in this film it’s a sort of Charles Ives meets Eric Satie – and of course those elegantly simple compositions that make Garrel’s films such a pleasure to watch. Garrel always keeps the nuts and bolts of production subtle, and never pounds us with jiggly handheld cameras or overly arty staging. Frontier of Dawn is Garrel’s attempt at a romantic ghost story, and while other directors have done this type of thing with more emotional immediacy, no one has ever done it quite like Louis Garrel. And his fans will know exactly what we mean.