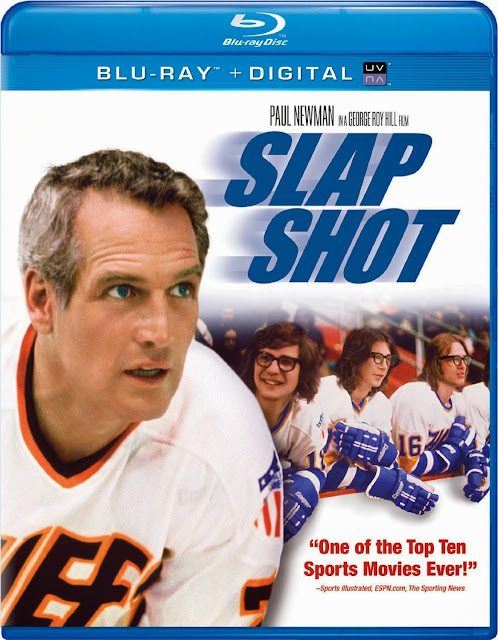 George Roy Hill’s goofball hockey comedy turns 36 this year. It remains an entertaining look at the perils and pratfalls of minor leaguers in the wooly 1970s, but history has given it deeper angles and perspectives. Amid the comedic blur of flying pucks and rapid fire sight gags, Slap Shot delivers a prescient vision of American working class decline. While the goony heroics of the Charlestown Chiefs provide the bread and circuses, players and fans alike find their livelihoods stolen from them by shadowy bean counters who cheer only for the bottom line. 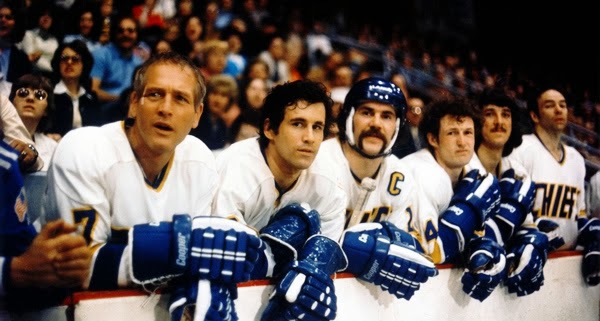 Reg Dunlap (Paul Newman) is an aging hockey has been - or never was in this case - who has taken the reins of the struggling Charlestown Chiefs as player/coach. The Chiefs find themselves in the cellar of the fictional Federal League; a low rent hockey circuit of small towns, journeyman jocks and crumbling arenas. Charlestown’s economy is driven by the local steel mill, where generations have toiled while its chimneys happily belched the acrid smoke of blue collar stability. But like the Chiefs, the mill has seen better days and ownership has decided to abandon the aging facility for sunnier, non-union climes, effectively issuing a death sentence to the Chiefs and their beer swilling fanbase. 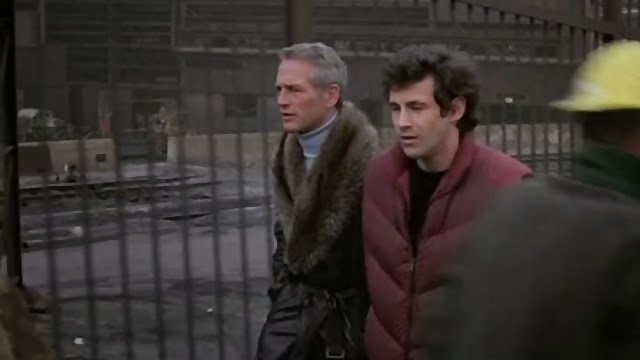 Aided by a gullible sportswriter (M. Emmet Walsh), Dunlap starts a rumor that the Chiefs may be soon sold and relocated to a hockey-hungry senior community in Florida. But that sale hinges on the Chiefs somehow becoming a winning team. To that end, the Chiefs begin a crusade of violent physical intimidation that more closely resembles professional wrestling than hockey’s graceful ballet. As the turnstiles rapidly spin with new fans in full-throated bloodlust, the fortunes of the Chiefs appear to rise; a glowing chimera of hope to a community facing an existential threat. 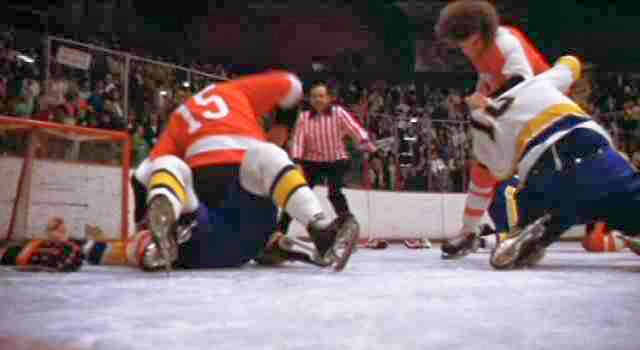 While this doesn’t sound much like a comedy, the unique alchemy of Newman and Hill ensures plenty of laughs along the way. Throughout their collaborations, Hill understood and utilized Newman’s underrated comedic gifts better than any other director. Be it Butch Cassidy or Henry Gondorff, Hill refined Newman’s charming smart-aleck to a deeper distillation than the lovably troubled Cool Hand Luke. And since Slap Shot is a more of a straightforward comedy, Hill and Newman are free to charge forth like giddy school kids, unburdened by the need to foreshadow impending pathos. 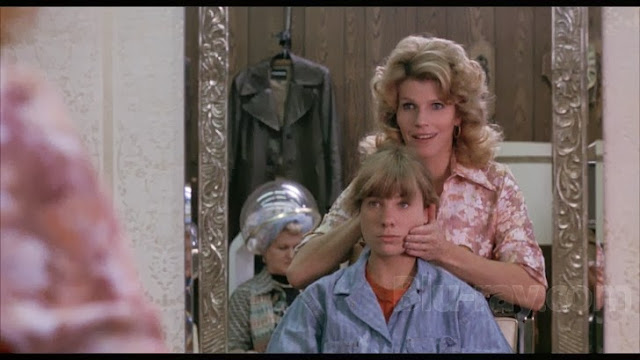 Like Bobby Orr on an end-to-end rush, Slap Shot freewheels through a mine field of soap opera elements, never losing its absurdist edge. The film also has surprisingly feminist angles. While few of the female characters are developed beyond stereotypes - actually no one is this film is developed beyond stereotype - it is clear that the women are really in charge. From Lindsey Crouse’s alcoholic hockey wife to Jennifer Warren’s estranged Mrs. Dunlap to the promise of bikini-clad babes in Florida, the distaff side propels the inspired Chiefs to victories and broken noses. 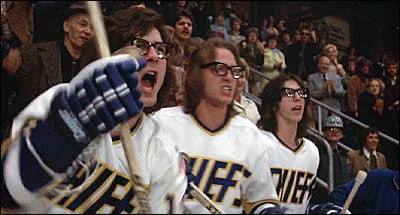 The film even managed to produce pop culture icons The Hanson Brothers (David Hanson, Steve Carlson, Jeff Carlson), a skating version of Beavis and Butthead who to this day still make personal appearances at America’s minor-league rinks. If the Hansons prophesied the dumbing-down of the nation’s culture, Strother Martin’s sleazy general manager was a harbinger of our craven political leadership. When the Chiefs threaten to blow the championship game, Martin delivers a stinging locker room rebuke, only to quickly turn and wheel out of clubhouse in such a cowardly fashion the bit never fails to get a laugh. 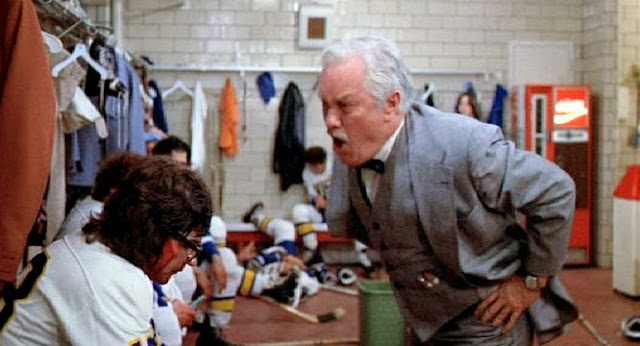 Martin was an extraordinary talent, creating a number of comedic abstractions that somehow never devolved into bad taste. In an interview he described the characters he usually played as “prairie scum” and truer words were never spoken. Martin has been dead for over 30 years but he is still missed. His smarmy, anxious persona has yet to be replaced in Hollywood’s stable of character actors. 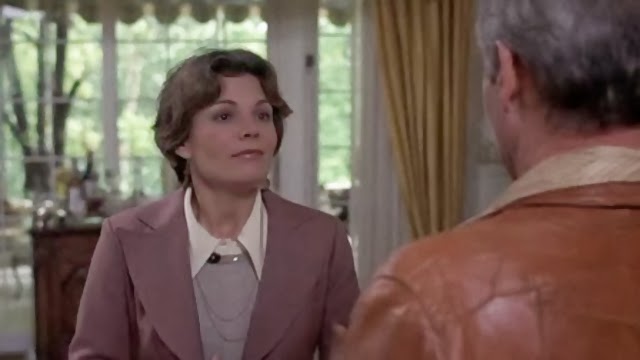 In a scene easily transported to 2013, Newman tracks down the real owner of the Chiefs - the face behind the faceless corporation - and it turns out to be a wealthy merry widow (Kathryn Walker) with a heart as cold as the ice at Charlestown arena. Despite the Chiefs’ new found success at the gate, she tells Newman she plans to fold the team at the end of the season and use the closure as a tax write off. She chides the angry Newman for not understanding finance; the citizens of Charlestown and their hockey team mere collateral damage on her corporation’s balance sheet. In 1977, Slap Shot’s tale of atrophy and avarice, of haves and have nots, seemed isolated to a rusting burg in Pennsylvania, but its pattern has become tragically familiar in the ensuing decades. It’s a wonder we can witness the roots of the Great American Unraveling manifested by Slap Shot and still laugh out loud. With that kind of resiliency, maybe there’s hope for the Charlestown Chiefs after all. They truly are America's Team. 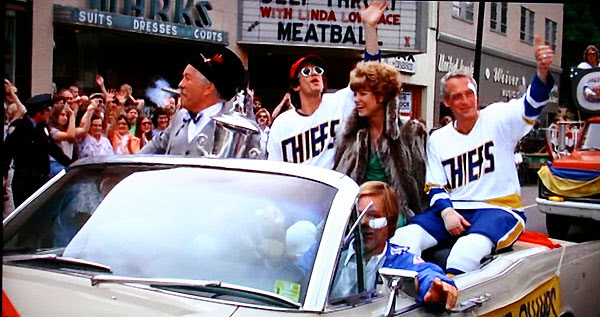