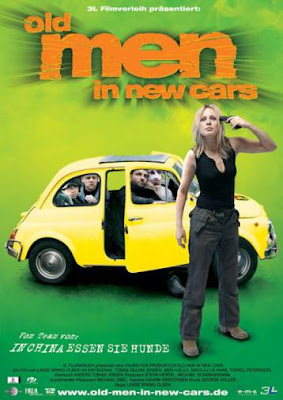 It's a common dilemma. You know you should watch that austere Scandinavian art film because it will somehow make you a better person, but what you really want is a shoot’em up with lots of car chases and stuff blowing up. Well, thanks to stunt coordinator turned director Lasse Spang Olsen now you can have both! 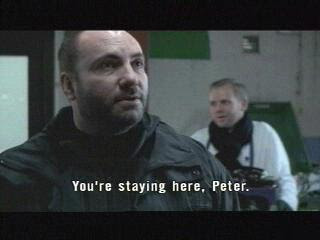 Kim Bodina, Denmark’s answer to James Gandolfini, stars in this violent, yet quite funny, tale of small-time hoods set on the gray, damp streets of Copenhagen. Bodina and his motley gang of reluctant henchmen (they would prefer to be pastry chefs) attempt a number of elaborate heists and daring rescues in their efforts to fulfill the wishes of a dying friend. 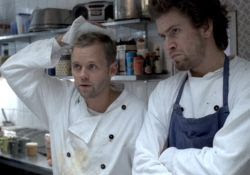 The film starts a bit slowly, but soon the air is filled with bullets and cars smashing into walls and cargo planes spinning out of control and oh my gosh it’s an adrenaline junky’s dream movie. Yet, underneath it all, there’s that pitch dark, bone dry comedic sensibility that characterizes so many Scandinavian films. Olsen has struck an amazing balance between dark quirky minimalism and white knuckle excitement, and I suspect he may be the love child of Aki Kaurismaki and Michael Bay.

please tell me you watched the first film: In China They Eat Dogs?

No but I need to. I'm so far behind I need to take a couple months off and just watch movies.

Tell us about it, please...

Oh, where to start?

I guess to say that I've seen In China They Eat Dogs around 15 times, and am still not tired of it. Where the sequel (old men in new cars) was a pretty straight out comedy, In China (albeit much funnier) is so much more than that.

It is deep and meaningful and awesome and brutal and raw and tough and sweet and racist and existentialistic and just perfect! It is one of the very best danish films, and I find it perfectly absurd that so many seem to have seen Old Men in New Cars, and even the German remake of that, and yet very few have seen the original which blows the others way out of the galaxy!

I could go on and on about it... But you'll just have to see it for yourself. Have a link on my site: