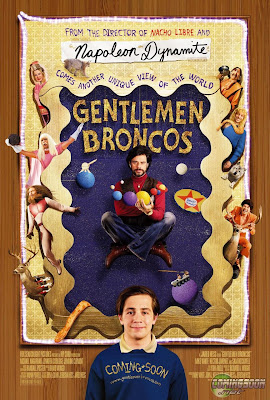 Elk fly through the air, firing missiles from their various orifices while a major science-fiction novelist resorts to plagiarism in this wonderfully wacky comedy. Nebbishy Michael Angarano (you may not know the name, but you’re sure to recognize the face) stars as a high school student named Benjamin, who has managed to cobble together a manuscript about a partially neutered adventurer named Bronco (Sam Rockwell) and his heroic attempts to regain his purloined genitalia. 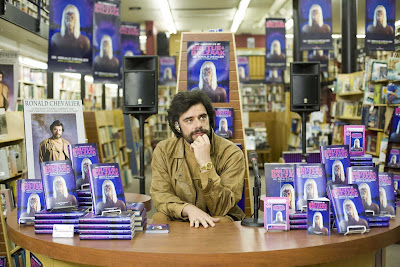 Angarano enters the story in a contest where it comes to the attention of a famous Sci-fi writer named Chevalier (the always funny Jermaine Clement). Suffering from writer’s block and with a lucrative deadline looming, Chevalier finds Benjamin’s submission just too tempting to resist, and soon a thinly-disguised version of Bronco is climbing the best seller list. Clement captures the egotistical author’s affectations with a goofy, outsized accuracy while an outraged Benjamin launches a Bronco-like quest to unmask Chevalier as a fraud. 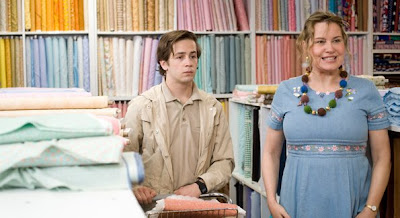 Angarano also has a number of funny scenes with his Mom (Jennifer Coolidge, who seems to get stranger in every movie she’s in), a designer of new-age themed frumpy smocks. Their home is a plywood covered geodesic dome, and I’m sure Buckminster Fuller would be delighted to discover one of his creations being inhabited by such a loopy crew. 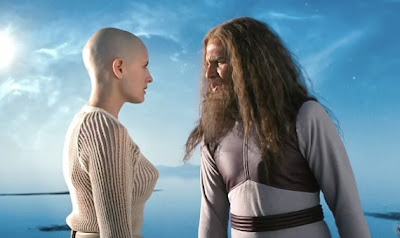 The story moves at a brisk and amusing pace, interspersed with dramatized scenes from 3 different versions of the novel because, as it turns out, a local video outfit is making their own embarrassingly bad, low budget Bronco epic. Director Jared Hess somehow keeps all this colliding silliness on track, and we eventually reach a pleasing and just conclusion. Gentlemen Broncos is a wild and wooly outing, with just a touch of juvenile grossness, and the perfect rental for those seeking escapist chuckles.

Thanks Bob. I guess it got some bad reviews, but I was in the mood for something silly so it worked for me :)