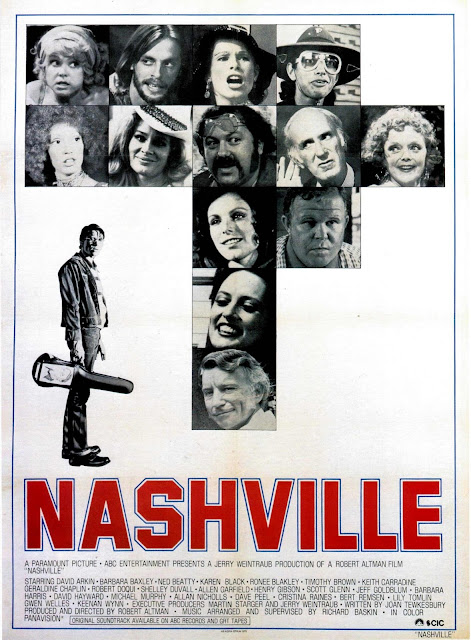 A Best Picture Oscar nominee from 1975, Robert Altman’s Nashville is a sprawling satire that both lampoons and laments the American Dream, which was beginning to show signs of serious leakage – if not outright rupture – by the mid 1970s. Yet to the film’s array of hopeful goofballs, Music City USA was still the land of opportunity. Nashville is the story of these innocent souls who, plucking battered dreadnoughts and emitting nasally warbles, gather at the city’s dark, dank honkytonks seeking quick fame and easy riches. 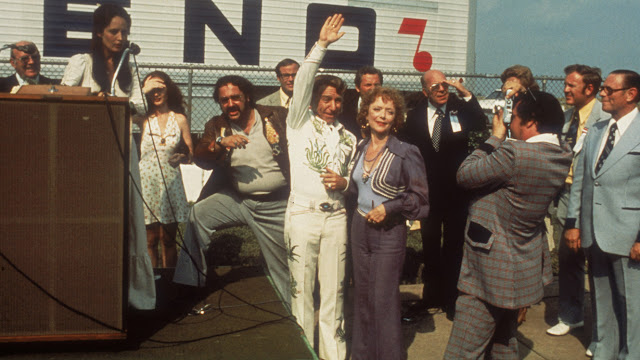 As conceived by Altman and writer Joan Tewksbury, everything about Nashville is larger than life. From its massive melange of roughly two dozen principle characters to its tongue-in-cheek hillbilly anthems to its 160 minute running time, the film’s contours gleefully blur the lines between Grand Opry and Grand Opera. In Altman’s oeuvre, there are no such things as starring or supporting roles but rather a swirl of eccentric egalitarianism, with box office heroes sharing full screen time with below-the-line nobodies. This populist approach extends to the storytelling as well, as tales of the rich and famous fully commingle with the lives of lonely drifters and talentless wannabes.

Nashville’s hulking batch of characters and leisurely, off beat rhythms create a delightful sense of disorientation. It’s reminiscent of a Godard film from the 1960s – complete with a massive traffic jam – relocated to a red state. But viewers will soon find themselves seduced by Altman’s sprezzatura, for within his complex narrative juggling there are comedic joys, heartbreaking delusions and a shocking, all too American climax.

As the great Barbara Harris rises from the debris to lead us in a bluesy rendition of “It Don’t Bother Me,” the vacuous world of pop culture shrugs off tragedy and returns to spinning in its oblivious grooves. Nashville’s loosely spun web of plots and subplots, narrative motifs and leitmotifs, establish, develop and turn back on themselves like a slow motion kaleidoscope of post-Vietnam Americana. It is a film drenched in the zeitgeist of the 1970s, yet within its twangy folds are truths that are universal and timeless.
at June 11, 2015

Great film. As a European country, The Netherlands is really into country & western. Many people are line dancing her, yes! And one of our most popular bands, The Common Linnets, made their first album with musicians from Nashville. Last year, they nearly won the European Song Contest with Calm after the Storm. A killer country song.