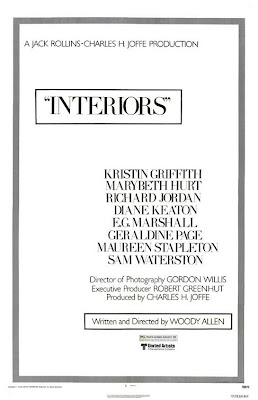 After his surprising Oscar win for Annie Hall the Hollywood establishment was gunning for Woody Allen. When this atypical Allen film came out in August of 1978, many critics didn’t just pan it; they savaged it, brutalized it and left it for dead in a New Jersey swamp. Rex Reed, who took a double dose of bitchy pills that morning, proclaimed Diane Keaton’s hair a “rat’s nest”. Vincent Canby offered some faint praise, but admitted he “had no idea what the film was up to”. Interiors examines a middle-class NYC family and the toll of years of emotional damage caused by the controlling, manipulative and quite mentally ill mother (Geraldine Page). E.G. Marshall projects a quiet desperation as the well-meaning father who realizes he must get away from this woman before she consumes his entire life. Diane Keaton, as one of the three daughters, maintains a tough exterior but is torn between caring for her mother and her emotionally needy, hard drinking husband (the great Richard Jordan). Kristen Griffith, as the glamorous daughter who fled to Hollywood to escape her mom’s hysterics, does what little can be done with her under-written part. 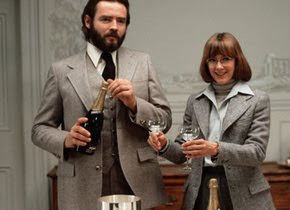 But this is Marybeth Hurt’s movie. In her turn as deeply angry Joey, you can feel her skin crawling as she tries to reason with her mother’s warped mind, as well as dealing with her deep sense of failure over not achieving the success her father expected of her. Hurt is further frustrated by wishing to express herself artistically, but not having the talent to do so. Two of Woody’s most talented collaborators were at their artistic peaks during this production - the great cinematographer Gordon Willis and editor Ralph Rosenblum – and their contributions were vital to keeping this complex story on track. 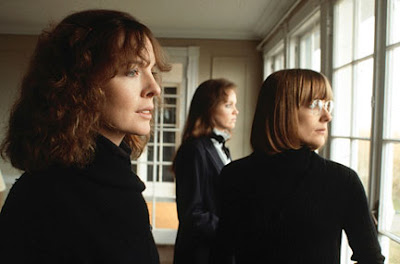 This is a serious adult film that grapples with deeply emotional issues, and despite a few moments of ponderousness, achieves its high objectives. The iconic last shot is a stunner.