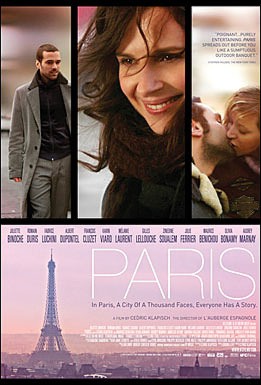 Cedric Klapish’s jazzy aggregation is an unabashed love letter to the French capital. There’s nothing new here in terms of storytelling - we are presented with voyeuristic peeks into the everyday lives of a cross-section of Parisians, like a dozen other films - but Klapish and his cameraman Christophe Beaucarne do a truly amazing job of capturing the glorious light that bathes the city in sensual beauty. 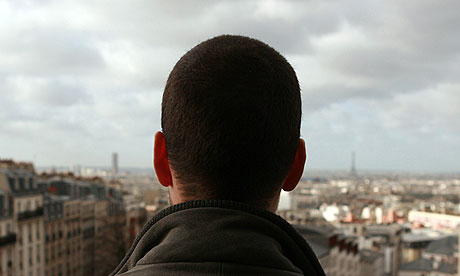 Klapish misses no opportunity to stage his scenes on high rooftops or lofty perches in Montmartre, and the resulting vistas will leave you weak-kneed and seriously considering a call to your travel agent. The central story concerns Klapish stock player Roman Duris, here a professional dancer at the Moulin Rouge, who is suffering from heart failure and faced with not only losing his career, but his Earthly existence. He reaches out to his estranged sister, Juliette Binoche, for help and support, and before long she has taken up residency in Duris’ flat; her 3 adorable kids in tow. 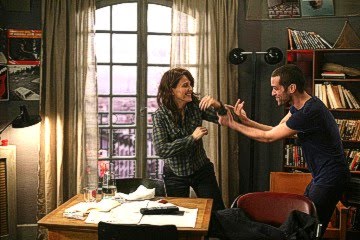 Duris and Binoche, two gifted talents, do masterful work in these scenes, and their subtle yet explosive chemistry utterly convince us that we are seeing damaged siblings reconnect. But there’s no shortage of acting talent in Paris. The chief subplot details the humorous mid-life crisis of a college professor (Fabrice Luchini) whose infatuation with a young student nearly drags his unwitting architect brother (Francois Cluzot) into a rather goofy emotional abyss. 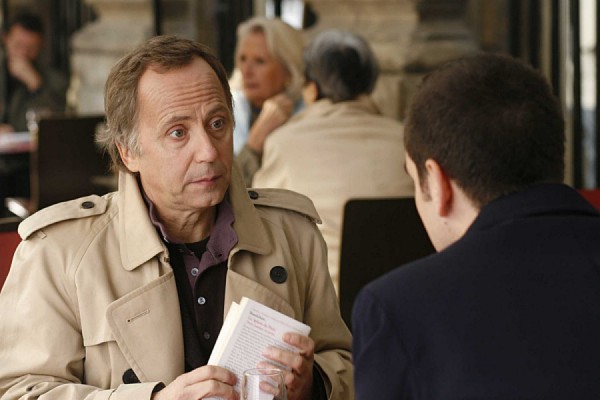 We also meet a network of produce sellers with particular emphasis on the tortured relationship between recently divorced Jean (Albert Dupontel) and his free-spirited ex Caroline (Julie Ferrier). And, to add a bit of balance and perspective, Klapish introduces us to a young African immigrant (Farida Kelfa) whose one deluded dream in life is to cross the Mediterranean, at great physical peril, and reconnect with a flighty French socialite who used him sexually during her vacation. 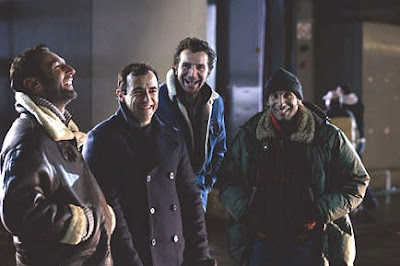 All of these stories are well conceived and richly developed, and eventually we discover they are all, at least tangentially, related. But it is Binoche and Duris who provide a solid anchor, with Binoche continuing her recent hot streak of playing single women facing middle-age with strength tempered by fear. Here she seems to float through every scene with a gritty kind of charisma, despite spending much of the film clad in a plain-Jane Army surplus parka (This is the second movie in a row where Juliette has had to wear some sort of hideous jacket. The parka is an improvement over the safety orange hoodie from Summer Hours, but not by much). 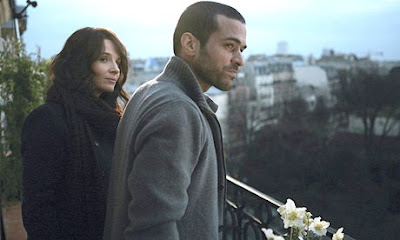 Still, the impressive acting ensemble assembled here is merely supportive to the film’s real star. The city of Paris has the most affecting scenes and, without uttering a word, all the best lines.

Love me some Binoche! Will have to add this to my trillion-long movie "to see" list! 8-)