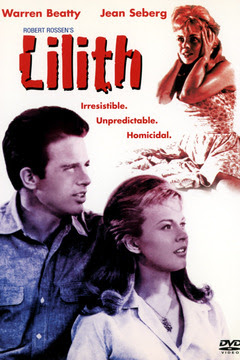 Lilith is one of those 1960s attempts at sophisticated, adult subject matter that seems both innocent and surprisingly frank by today’s standards. Warren Beatty, in one of his first leading roles, plays a mysterious, aimless young man recently discharged from the army. Seeking a job, any type of job, he wanders into Poplar Lodge, a cushy asylum for well-to-do schizophrenics. He is hired as a caregiver and slowly falls under the spell of the beautiful Lilith (Jean Seberg), a bi-sexual nymphomaniac who seduces with her mind as well as her looks. Surprisingly, the asylum doctors encourage the relationship, hoping romantic notions will have a tranquilizing effect on Lilith’s psyche but things soon get out of hand. 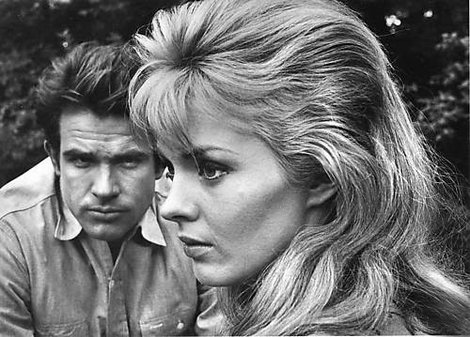 Jean Seberg is always fascinating (her bleak real-life struggles are well documented) and here she crafts a memorable character who remains sympathetic despite her frustrating destructive - sometimes just plain mean - tendencies. The film also features a number of now famous actors in early supporting roles. Gene Hackman and Jessica Walter have a brief turn as a woefully unhappy couple, while Kim Hunter shines as an unconventional psychiatrist. But the big revelation is Peter Fonda as an unbalanced preppie mentally lost in his own world. The role uses Fonda’s typically self-conscious, awkward line readings to great effect and in my opinion this film represents his best work. 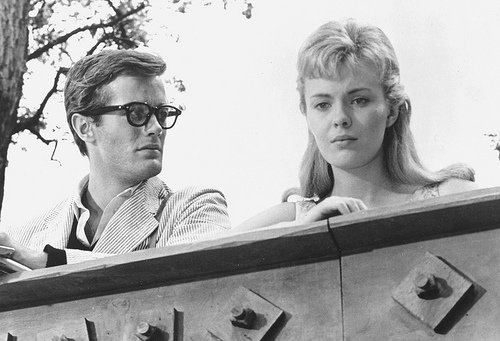 The film hints that Beatty may be suffering from what we would now call PTSD, but never really follows through, although the ending does feature an interesting role reversal. Ironically, the story seems a lot more comfortable with addressing sex addiction than the plight of shell-shocked vets. We do get early glimmers of Beatty’s star power, although it’s clear he was still learning how to transition from serious actor to movie star. That’s not intended as a slam, for few can hog attention with the subtlety and elegance of Warren Beatty. A few years later, he would master the art of dominating through constant motion; a technique that would reach crowd pleasing proportions in his self-directed pictures like Reds and Bulworth 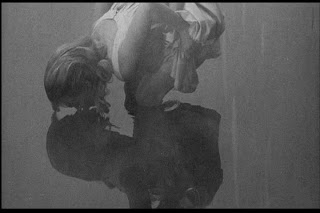 Directed by Robert Rossen (The Hustler) with moody B/W photography by Eugene Shuftan (SFX cameraman on Fritz Lang’s Metropolis) Lilith is an enjoyable film to look at, even though the holes in the story enlarge as it progresses. Filmed on location in suburban Maryland, with a memorable sequence at Great Falls Park (where this reviewer misspent many pleasurable afternoons in the1980s), the bulk of Lilith presents an intriguing sense of place; contrasting the wet, gloomy streets of Rockville with the gauzy, priviledged sunlight of Poplar Lodge. In the final reel, aspects of the narrative require significant suspension of disbelief. Rossen’s search for a meaningful ending concludes with a flimsy construction that smacks of cheap melodrama, weakening the film’s carefully laid foundation. But in fairness, nihilist codas were all the rage in this era, especially in films that courageously dealt with the frays in America’s moral and mental fabric.