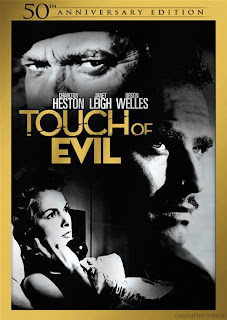 This gritty noir grinder should dispel any notion that Orson Welles was overrated as a filmmaker, as here Welles takes a pulp novel and converts it into a film for the ages. Much has been written about the 3 minute crane shot that starts the movie and deservedly so, as it is a brilliant piece of choreography. But equally impressive are the two scenes in the suspect's (Victor Milan) apartment. Both are long, continuous takes where the camera moves slowly through the cramped flat as a legion of cops scurry in and out of frame ransacking the joint searching for evidence. It must have taken countless hours to coordinate that mayhem, yet every element is so well timed you don't even realize at first that there are no edits. Watch for the great Joanna Moore (Tatum O'Neal's mom) in a bit part as Milan's love interest. The film has few moments of excessive weirdness, but in all "Touch of Evil" is a proud triumph of technique over substance. I wouldn't be surprised if future generations of cineastes come to prefer it over Welles' other masterpiece "Citizen Kane" which, by comparison, seems a bit mannered and stage bound. 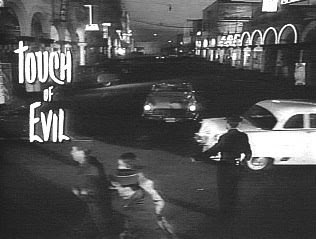 FUN WITH YOUR REMOTE: There is a scene where Heston and Assistant D.A. Schwartz are riding in a car and discussing the case. Heston reaches down and pushes a button on the radio. If you immediately press fast-forward, the car appears to make a Star Wars-style jump to light speed. It was a riot in film class, anyway. 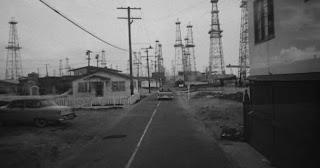