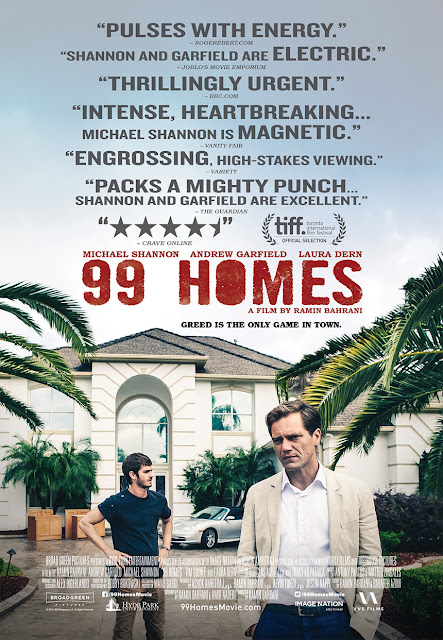 While The Big Short captured the macro dynamic of the housing crisis, 99 Homes (2014) tells the flesh and blood story of the human wreckage left in its wake. It is a grim tale of the fraud, deception and outright theft perpetrated by men in nice suits against struggling homeowners during The Great Recession. SAG Award nominee Michael Shannon delivers yet another impressive performance, this time as a blackhearted realtor who has figured out how to reap big profits from the misery of his fellow citizens. One day he forcibly evicts an unemployed construction worker (Andrew Garfield) and eventually takes the desperate young man under his wing, teaching him the odious inner workings of his thriving business. 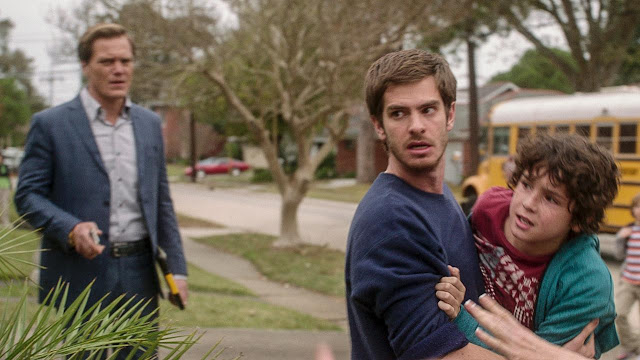 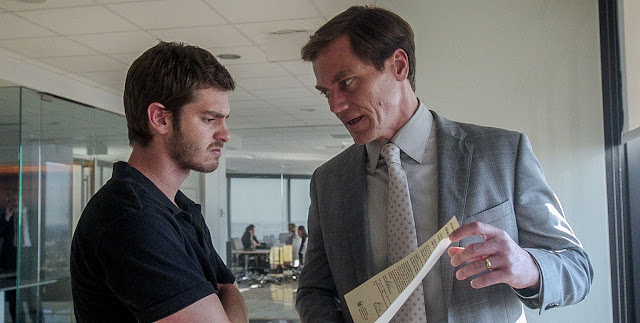 Along the way, houses will be vandalized, documents will be forged, taxpayers fleeced and distressed homeowners denied due process, all with the help and tacit approval of the police, the courts and America’s largest banks. Here is class warfare writ large and clear, as Shannon and Garfield try to leapfrog their way into the 1%. But it’s also a civil war, with families, friends and fellow victims pitted against each other for economic survival. Writer/director Ramin Bahrani, whose specialty is socially conscious dramas, has his script, pacing and actors dialed in just right, giving this working class dirge the seat-edge intensity of a well made spy thriller. As any realtor who was in business during the crisis will attest, all the venal practices depicted in this film are absolutely true, and devoid of exaggeration or artistic license. These were dark days, but blackened even more by those who preyed on homeowners’ hopes and fears. 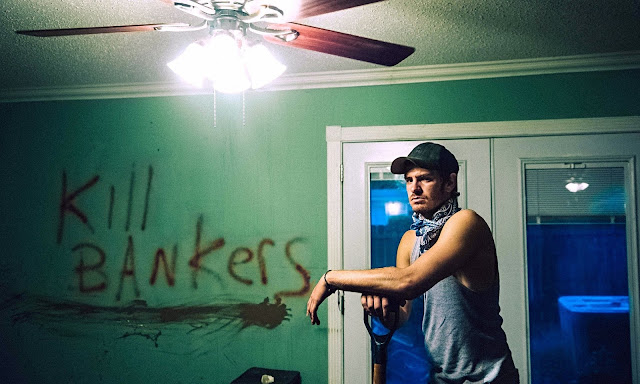 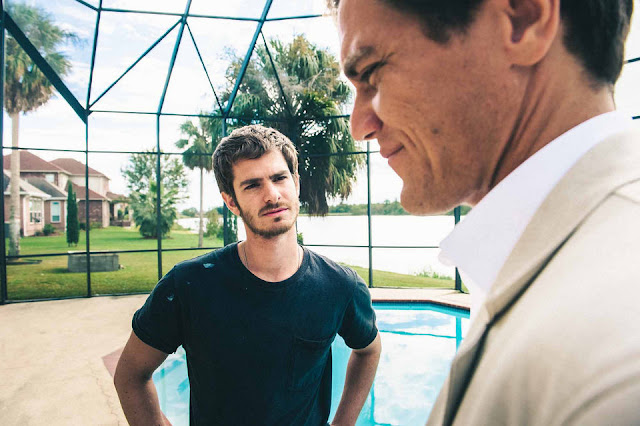 The Big Short presented the crisis from the perspective of the 1%, with “heroic” hedge fund managers scrambling to turn millions into billions. 99 Homes shows us what it was like on the front lines, with ordinary families rendered homeless by a complex conspiracy of the financial and legal system that no one fully understood. Even the film’s anti-heroes, Shannon and Garfield, eventually find themselves powerless in the face of what they’ve wrought, with their own petty greed outclassed and outgunned by the avarice of major corporations. 99 Homes brings these wretched vagaries out of the shadows and into sharp focus, telling a story that would be unbelievable if it wasn’t true.