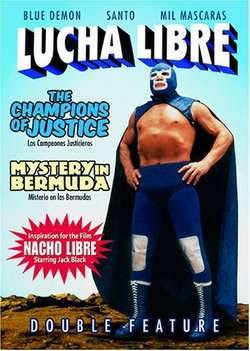 I've been a fan of flamboyant Mexican wrestlers ever since my Dad and I saw Mil Mascaras beat the snot out of the villainous Greg Valentine at the fairgrounds 30 years ago. Yeah, yeah I know wrasslin' is fake, but I would think a 250 lb man jumping on you from the top rope would have to smart at least a little bit. Mexico holds its heroic grapplers in high esteem, featuring them in magazines, advertisements and, naturally, action films. 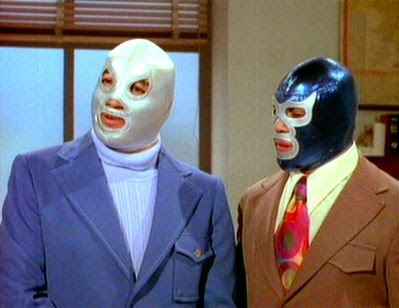 In this silly diversion, a group of luchadors enmascarado attempts to protect some beauty pageant contestants from the evil designs of a mad scientist and his seemingly inexhaustible supply of midget wrestler henchmen. 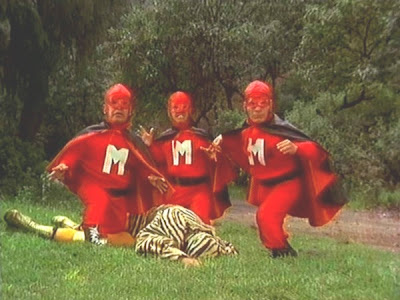 Our barrel-chested heros get themselves in a variety of pickles, but are saved by teamwork, agility and the fact that the mad scientist's various contraptions always seem to go haywire at critical moments. 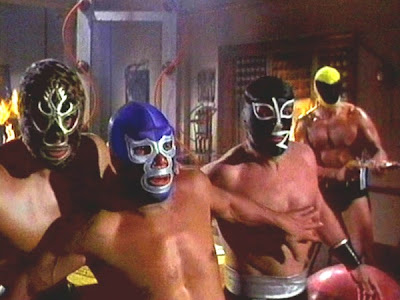 The action is accompanied by a twinkly cocktail party jazz score that makes no sense whatsoever. The filmmaking is sloppy, amateurish, riddled with continuity errors and I adored every minute of it. Alain Resnais did not direct this film.