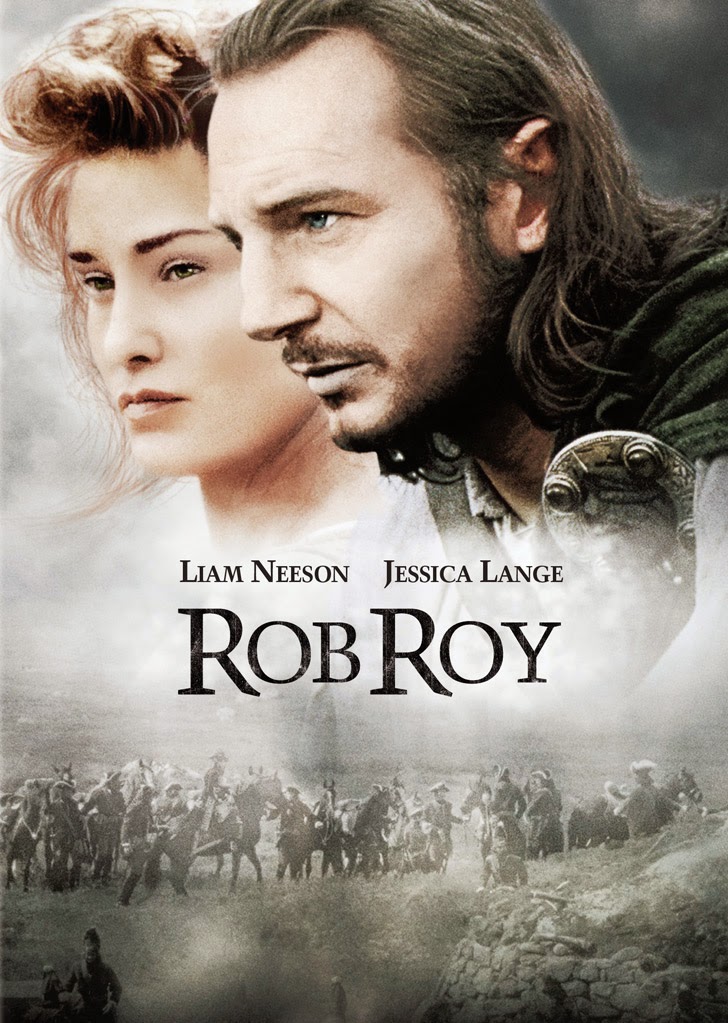 Rob Roy (1995) is a rousing adventure flick torn from the pages of Scottish history. Liam Neeson stars as the titular character and leader of the struggling MacGregor clan circa 1700. When he launches a scheme to raise cattle as a way of lifting his people out of poverty, the sinister dealings of a loathsome aristocrat named Cunningham (Tim Roth) make it all go horribly wrong. Thus the stage is set for a gripping tale of revenge, class warfare and a climactic swordfight that ranks among the best in cinema.

As is usually the case with these types of dramas, Rob Roy takes a few liberties with history. While based on an actual event, most scholars believe a turncoat within the MacGregors was actually to blame, and that Cunningham was a largely fictional creation. Queen Anne, who had suffered 17 miscarriages and is the occasional target of Neeson’s snarky jokes, had likely only been in power a short time - if at all - during the events depicted here. And there is a famous screwup, at least within the entertainment industry, where in one scene a fluorescent light fixture hangs from the ceiling of an ancient pub.

Fresh from his success in Schindler’s List, Rob Roy was no doubt conceived chiefly as a vehicle for Neeson. He does a credible job here, with his burly charisma lifting the film beyond its general B movie aesthetic. But the film is just plain stolen by Roth, whose portrayal of the arrogant, ruthless Cunningham is a thing of wonder. His veins filled with a mixture of ice water and the vilest villainy, the anticipation of seeing Roth get his comeuppance will gleefully rivet viewers to their seats. Roth won a BAFTA and received an Oscar nom for this performance, and it serves as a superb addition to his impressive portfolio of memorable characters.
at April 15, 2015

It's a pity Neeson is now in all these run-of-the mill action films and Tim Roth as Prince Rainier in Grace of Monaco.