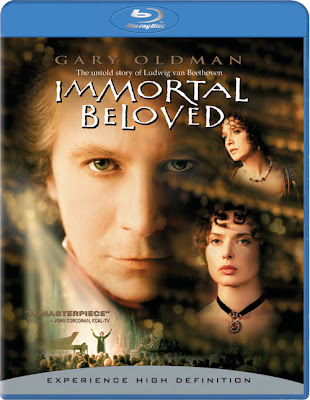 Immortal Beloved is a peppy, lavishly produced bio-pic that doesn’t take itself or its subject – the great Ludwig van Beethoven - too seriously. In search of a mystery heir believed to be the great love of the maestro’s life, Jeroen Krabb does a fine job as Schindler, Beethoven’s assistant and fiduciary. What follows is a sort of romantic detective story, as Schiller re-traces Beethoven’s past and encounters three women as possible candidates: Isabella Rosellini, Valeria Golino and Johanna ter Steege, and frankly, we couldn’t fault the composer for falling madly in love with any of them. 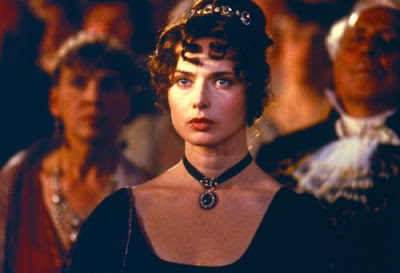 Beethoven is portrayed in flashbacks by Gary Oldman, and he is given the daunting task breathing life into a legend. Oldman has a wonderful ability to overact while seeming minimal – it’s really quite amazing – and that talent is well exploited here. While the story deals more with the composer’s personal turmoils than his artistry, the music is not given short shrift, as the soundtrack is alive with some of Ludwig’s most indispensible works, performed by the LSO conducted by Sir Georg Solti. 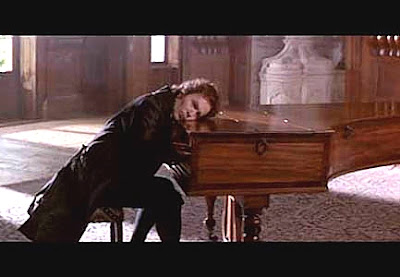 Speaking of sound, the film deals with Beethoven’s famous nerve deafness in an interesting and poignant way: the malady is presented not as stone silence but a maddening distortion and reverberation of sound. The fact that the composer remained productive into his later years and created some of his most gentle works, despite the aural pandemonium constantly going on in his head, is truly a source of wonder. The mystery is ultimately resolved in a most surprising way, but writer-director Bernard Rose crafts the story in a manner that makes that surprise seem oddly perfect. 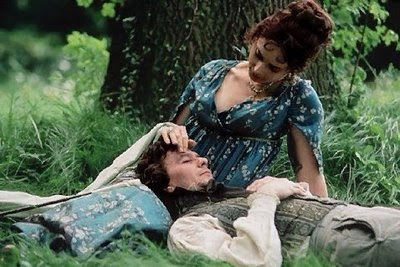 It’s also clear that Rose used Amadeus as a quasi-template, but this film is not in the same league with Milos Forman’s masterpiece. However, Immortal Beloved is effective at telling a sprawling, complex story in a brisk and entertaining way, without excessive dumbing down. Something of miracle in its own right.