Arrivederci To All That: The Great Beauty (2013) ✭✭✭✭✭ 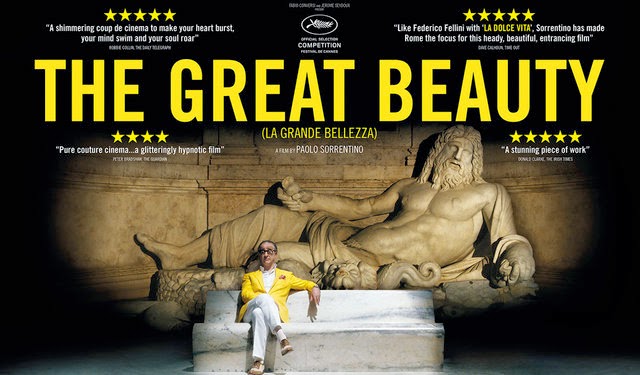 Living up to its title, Paolo Sorrentino’s The Great Beauty (2013) is a modern masterwork of visual and aural aesthetics that slowly builds brick-by-brick a mesmerizing mosaic of time and place. The place is present day Rome, where a new kind of decadence threatens the eternal city once again. Amid its famous landmarks and towering historical glories, the streets of Rome are also the site of an unlikely symbiosis; where awestruck tourists from around the globe coexist with a bored upperclass who’ve become comfortably numb to the hallowed splendor that surrounds them. 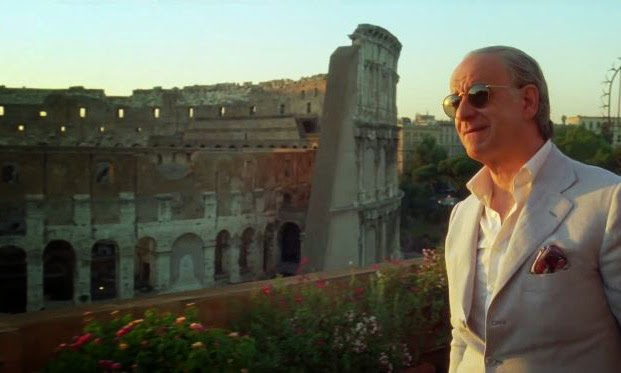 The time is the 65th birthday of Jep Gambardella (wonderfully played by Toni Servillo), an aging playboy whose youthful brilliance as a novelist has been doused by too many late nights of partying and hobnobbing with the city’s vacuous social elite. To borrow from Tom Wolfe, Jep Gambardella is a Man in Full.  Secure financially and emotionally, he has reached a point where he no longer listens to his detractors, and easily sees through the hypocritical veils of others. His last remaining critic, and by far his harshest, is himself; a tiny inner voice that chides him for not doing more with his talent. Over the course of the film this gnawing murmur will grow to a thunderous timbre. 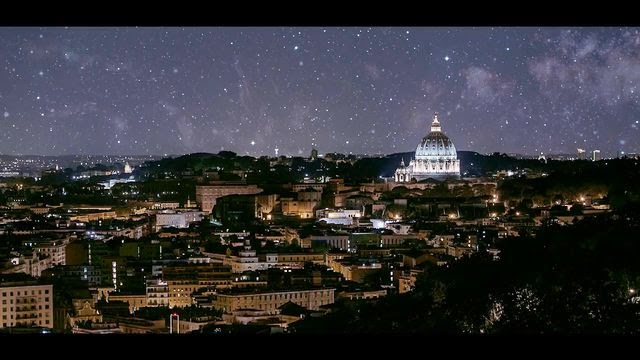 Sorrentino doesn’t so much tell the story as gently coax it out of Rome’s silent stone arches and garish neon nightlife. The film is composed of moments, often seemingly unconnected, that amuse, mystify and occasionally befuddle. The Great Beauty courageously follows no narrative map, yet its meanderings and musings arrive at their stations in precise accordance to a perfectly paced schedule. In this city that has stood for nearly three millennia, legions of nuns from the Vatican’s darkest corridors scurry about in the warming sun, while echoes of ethereal choirs greet yet another lazy afternoon. A Japanese tourist, overcome by the grandeur, blissfully drops dead on the spot while a nude performance artist rams her head into an ancient viaduct in rebellion of Rome’s permanence. Sorrentino’s frequent allusions to Fellini both enliven his film and sharpen his satirical knife, yet this current incarnation of La Dolce Vita is rife with conundrums and quandaries unimaginable in 1960.

From his lavish balcony that looks down on the Colosseum and its blood-soaked history, Jep Gambardella reflects on an existential emptiness that’s equally beyond his experience. The Great Beauty not only deals with an ageless city, but also the ages of man, and Gambardella has reached a point where the losses are starting to mount. Along with security and freedom has come the realization that time is growing short. Funerals for Jep’s past and current lovers have become a common occurrence and, through repetition, he has the hollow words of the condolence line down pat. But a miraculous encounter with a latter-day Sister Theresa grants him a new perspective and a new immersion in a sea of teenage love he has never truly forgotten. The Great Beauty will not be forgotten either; its ebb and flow of images and imaginings revealing even greater truths as dawn nears and flocks of birds fill the gleaming sky.

You've said all that need be said, and eloquently, Mr. Anderson.