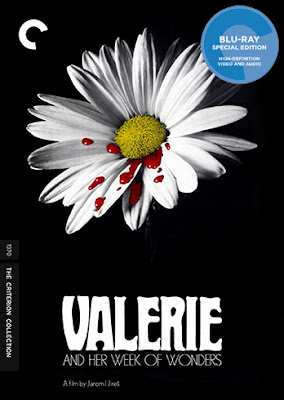 Valerie and Her Week of Wonders (1970) is an obscure fantasia from the fading days of the Czech New Wave. One could argue that its obscurity was richly deserved and that it unfortunately may end now with the release of this new Criterion Blu-ray. The film is a bewildering, at times amateurish, amalgam of the very worst instincts of David Hamilton and Ken Russell mixed with a barrage of B movie horror cliches. And those are some of the best scenes. In between there’s much fret over some magic necklace or earrings or something, and Valerie’s grandparents and/or parents - it’s hard to tell them apart - and a cloaked figure who flits about looking like a hybrid of Nosferatu and Darth Vader. Sorry this synopsis is not more coherent, but this reviewer’s eyes had glazed over long before the film reached its conclusion.


On the other hand, Valerie and Her Week of Wonders does have a few pluses and some admirable aspects. For one thing, it’s mercifully short, clocking in at a mere 76 minutes and some of that time is taken up by the end credits so there’s that. Leading lady Jaroslava Schallerová is a lovely creature to look at and fortunately appears much older than her 13 years. This is good because along the way viewers will be shown her every square inch, and otherwise the proceedings would have been gotten even more icky. In fairness, the first 15 minutes or so of the film are really not bad, with director Jaromil Jires constructing a fascinating Fellini-esque psychological dreamscape. However the film’s early success only deepens the disappointment when it soon devolves into shock imagery, ham fisted symbols and non-linearity for non-linearity’s sake. 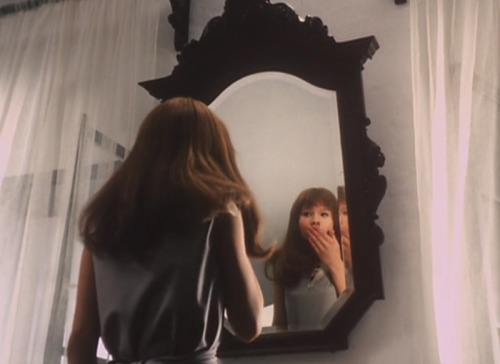 Valerie and her wonderful week aside, director Jaromil Jires remains an interesting, one could say tragic, figure in the history of Czech cinema. His first feature The Cry (1964) was screened in the Main Comp at Cannes. It is generally credited as the first film of the Czech New Wave due to its dark humor and realist style. Throughout the 1960s, Jires’ films pushed the boundaries of taste, explicitness and President Alexander Dubček’s tolerance for political dissent. In 1968, when a killing frost of Soviet tanks abruptly ended the Prague Spring, a number of Czech filmmakers, including Milos Forman and Ivan Passer, decided to flee the country and set up shop in Los Angeles. Jires remained behind, electing to fight the system from within. But as was often the case, the system fought back, forcing Jires to temper his passions and concentrate on personality profiles, music documentaries, heroic WWII melodramas and other non-controversial topics for the remainder of his career. 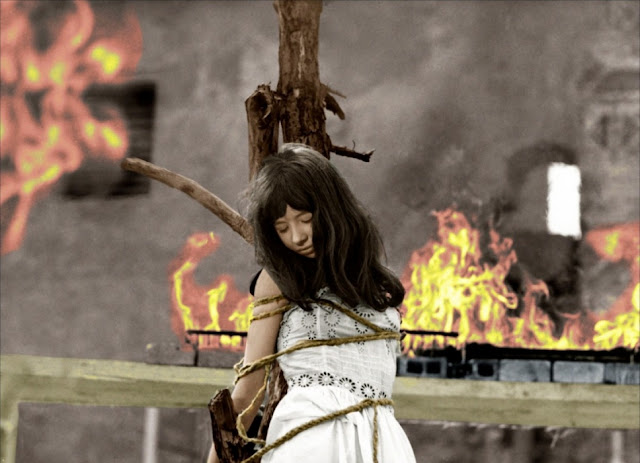 Valerie and Her Week of Wonders appears, for better or worse, to have been Jires’ last foray into unbridled creativity. While he certainly kept busy - releasing over thirty film and television products until his death in 2001 - none of his subsequent work has attracted nearly the attention bestowed on Valerie. And, despite the carping of this unimpressed reviewer, the film does have its champions, including many highly respected critics and scholars and it enjoys very high ratings on a number of film websites. Reaction to the film seems to be anything but neutral, and that alone is enough to make Valerie and Her Week of Wonders a significant artifact of cinema history. 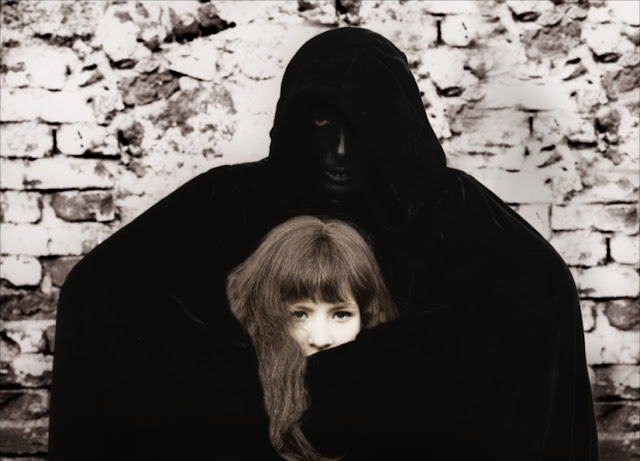 There’s no denying Valerie and Her Week of Wonders is a visual feast, with superb cinematography courtesy the prolific Jan Curik. With an aspect ratio of 1.37:1, Criterion’s transfer is rich, sharp and absolutely beautiful. Sourced from the original camera negative, this burn has a remarkable consistency of look, despite the film’s wide ranging and often bizarre settings and subject matter. The monaural track gives no reason for complaint either, with its barrage of sounds rendered cleanly and crisply, with no indication at all that it was struck from a 45 year old recording.

These short subjects are in many ways more interesting than the disc’s feature, and are highly recommended. Uncle is a comedic six minute tale about a house burglar who gets more than he bargained for. The 13 minute Footprints is a creepy WWII drama concerning an escaped Russian prisoner, and The Hall of Lost Footsteps is a romantic allegory for the nuclear age that runs 11 minutes.

Hames attempts to unpack Valerie and Her Week of Wonders and place it within a defined genre. He goes into biographical detail on Jires’ life and offers perspective on Valerie’s place within his filmography. Hames discusses the film’s sexual overtones and context. and offers theories on the psychological landscape of the Valerie character. 16 minutes.

Interviews from 2006 with actors Jaroslava Schallerová and Jan Klusák

Schallerová discusses the lengthy audition process and how she was picked from the 1500 girls who read for the part. She relates some humorous stories about her family’s reaction to the film, and how she met her future husband Petr Porada on the set. 7 minutes.

Klusák, who played a perverted priest. relates his memories from the film, which he admits are “mostly bad.” He cites long weather delays, dangerous stunts he was required to perform, and the constant hazing he had to endure from the crew among his litany of complaints. 6 minutes.

Alternate 2007 psych-folk soundtrack to the film by the Valerie Project, with a new video piece on the music’s origins
This 15 minute segment chronicles the creation and live performance of an original rock score by Joseph Gervasi and Greg Weeks. The complete score is also offered as a separate audio track option on the disc.

PLUS: An essay by critic Jana Prikryl

Prikryl’s essay thoroughly analyzes Valerie’s many symbols and subtexts, and is presented as part of a 12 page fold out brochure with production credits and film stills. 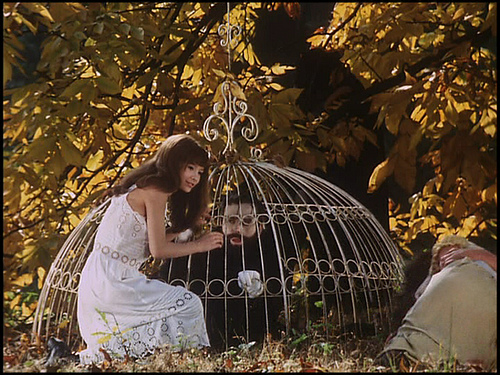 Valerie and Her Week of Wonders is highly reminiscent of the type of film folks of a certain age would go to see at midnight forty years ago, after an evening of bong hits and attempting to decipher hidden messages in Pink Floyd’s Dark Side of the Moon. One could easily picture it sharing a marquee with El Topo or 200 Motels, so to some the film may have a nostalgic value. However, beyond that segment of the populace, it’s tough to imagine it striking any sort of mass audience chord. Still, if you’re a fan of cinematic oddities - and they don’t come much odder than this - you may want to carve out time in your week for Valerie and Her Week of Wonders.