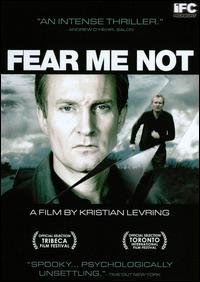 Reviewed by Shu Zin
The first remarkable aspect of this chilling Danish film is the visual production values. Vibrant colors and beautiful settings, landscapes, clouds, interiors, weather, beautifully composed shots, jump right off the page. FEAR ME NOT is a disturbing story of the complete mental disintegration of Mikael, a successful businessman who appears to have it all. His decision to participate in a drug trial being run by his wife’s brother for a Swedish company who manufacture anti-depressants first strikes us as odd, and when he hides his participation from his wife, we begin to assume, rightly, the worst. 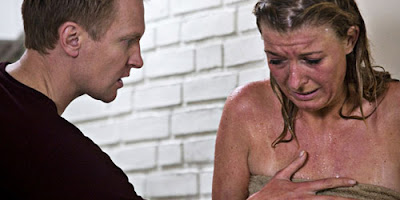 With a month’s supply of the experimental drugs in his briefcase, he takes off to hang out, alone, in the modest house he grew up in, somewhere in the north. Both his wife and his 13-yr old daughter are concerned and a little suspicious when he tells them he is going to visit his aging mother in a nursing home. He drops out of sight and stops, for the most part, answering his cell phone, as he keeps a journal of the exhilarating effects of the drug he is taking and mulls over his life situation. It would be a classic midlife meltdown, except that this man is becoming truly unzipped. He begins to act on very dark impulses, all the while analyzing his new self-awareness. 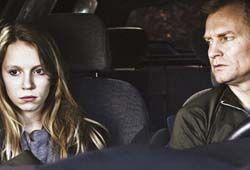 There are some mind-boggling twists in this dark story. It kept me riveted and was thrillingly lovely to look at, but it was a little hokey to have this guy share his insights in a spooky, echo chamber voice as he self-destructs, and the ending is less than 100% satisfying. First rate acting by Ulrich Thomsen as Mikael, and top shelf direction by Kristian Levring. The plot will swing your brain around more than once! Recommended.
Reviewed by Shu Zin
at October 04, 2011