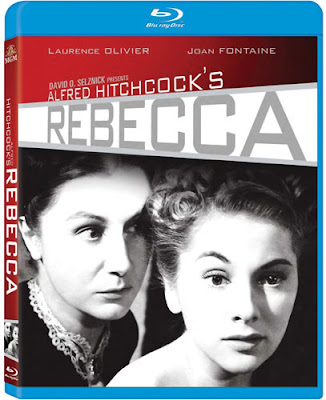 Winner of the Oscar for best picture in 1941, Rebecca was  director Alfred Hitchcock’s first Hollywood film. It also continued  producer David O. Selznick’s amazing hot streak, coming on the heels of his Oscar win for Gone with the Wind in 1940. The two films cemented Selznick’s reputation as the world’s leading purveyor of gothic chick flicks, while Rebecca proved that Hitchcock, already considered Britain’s top director, could function just fine on American soil. Gone with the Wind and Rebecca  nearly shared another key similarity. Selznick had penciled in Vivian  Leigh to star in both pictures, but changed his mind after filming the  Civil War epic. Officially, Sleznick’s reason was fear of over-exposing  Leigh due to Gone with the Wind’s tremendous success. But in truth, Hitchcock strongly preferred another actress; a pretty young  starlet from Santa Clara County - whose early career had been so  disappointing she’d recently been fired by RKO - named Joan Fontaine. 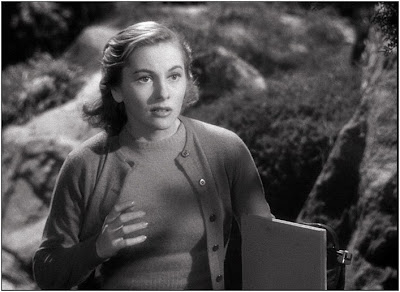 Based on Daphne du Maurier's breathless bodice ripper, Rebecca is the type of film that’s difficult to take seriously today, steeped in the passions and privileges of a refined world that no longer  exists. But to the audience of 1940, with conflicts in Europe and Asia threatening to engulf the entire planet, this tale of tortured gentry was a welcome escape. Over the years the film has remained a popular  property, enjoying a theatrical re-release in 2006 in the UK and there are reports of a remake in the pipeline from DreamWorks. Hitchcock aficionados generally consider Rebecca among the director’s finest achievements, complete with unforgettable imagery, superb  performances and a hypnotic, foreboding atmosphere. In addition, Rebecca pushed the standard thriller envelope with subtle but undeniable hints of sexual dysfunction, incest and lesbianism. 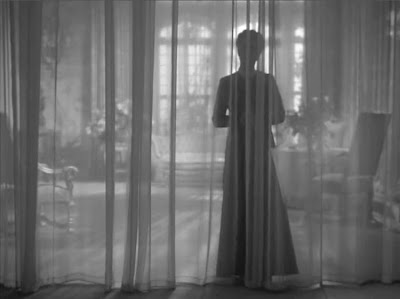 The story is familiar one; its lineage tracing back to the likes of Wuthering Heights and Jane Eyre.  A young, naïve personal assistant (Joan Fontaine) accompanies her frumpy boss (Florence Bates) on a vacation to Monte Carlo. There she  encounters the mysterious Maxim de Winter (Laurence Olivier), a  well-heeled widower more interested in staring wistfully at the sea than the roulette table. After a brief romance and hastily arranged  marriage, the couple arrives at de Winter’s estate called Manderley; a  sprawling country mansion that makes stately Wayne Manor look like a tool shed. But Manderley is no smoothly run Downton Abbey, for awaiting  the new Mrs. de Winter is an icy reception from chief servant Mrs.  Danvers (Judith Anderson, before she was a Dame) and some puzzling hints from boathouse idiot Ben (Leonard Carey). Before long, Fontaine realizes that a ghost roams Manderley’s cavernous halls: the memory of the late Rebecca de Winter, and her gloomy shade has infiltrated every  soul and stone with guilt, longing and dread. 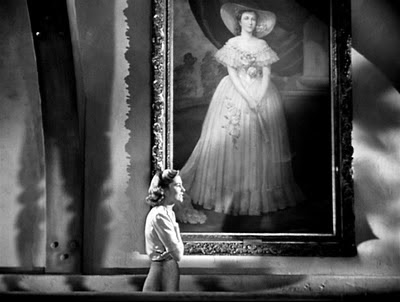 Physically, Rebecca was the type of movie David O. Selznick knew how to produce. Manderley’s sumptuous sets are a study in obsessive overstatement; each surface such an architectural wonder actors often seem lost and vulnerable amid the splendors. Perhaps this competition  brought out the best in Rebecca’s cast, for they weave a tapestry of brilliance and conviction. Young Olivier is a marvel here, his mastery of elegant minimalism a joy to watch; each line reading a jewel in a satin lined box. The stiffly menacing Anderson shoots electric daggers out of her eyes while George Sanders, as Rebecca’s cousin Jack, shows once again why he’s enshrined in the Despicable Sleazeball Hall of  Fame. 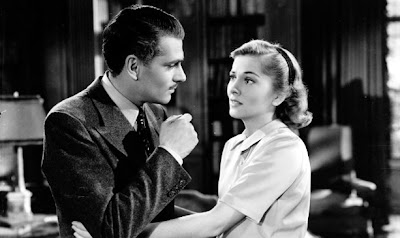 But most impressive is Fontaine, her delicate edges creating profound empathy in a challenging, and at times thankless, role. Viewers will feel an immediate transference as Fontaine gracefully commands our  attention and nurtures our sympathies. She would win an Oscar the following year for Suspicion; surprisingly the only Hitchcock directed performance to ever take the Best Actress award. But it was this turn in Rebecca  that salvaged her stalled career and put her back on the track to stardom. As of this writing, Miss Fontaine, now in her 90s, is still  active and reportedly happily tending to her gardens in Carmel. We wish  her all the best, she’s earned it.