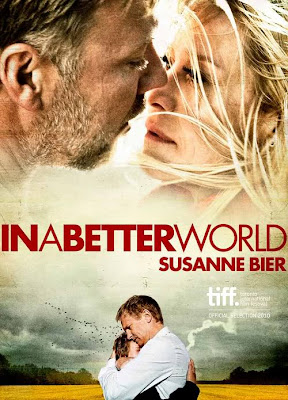 In a Better World pits educated, refined, right thinking Scandinavians against the dark forces of barbarism. And even the most deeply cynical will find it an absorbing grudge match. In its own way, Susanne Bier’s Oscar nominee is as coldly manipulative as superhero fare, sneaking in cathartic revenge lust while singing enlightened hosannas to nonviolence. But Talking Cures have their palliative limits, and there comes a time when the welfare of the world is better served by the quick and brutal extraction of its rotting evils. Bier’s characters – most of them anyway – attempt to delay that reckoning as long as possible out of civilized instincts, and an admirable respect for humanity. When things turn sour in the final act, In a Better World’s narrative twists are ripe for second guessing and 20/20 hindsight. But it will be difficult for Bier’s sophisticated audience to honestly say they would have done anything differently 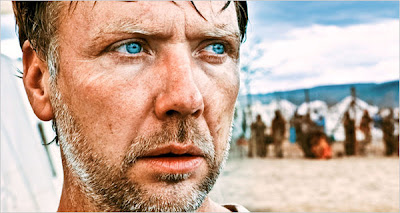 There’s no debating Bier’s craftsmanship, and she’s larded In a Better World with so many good decisions the film works simply on aesthetics. Mikael Persbrandt as Anton, a Doctors Without Borders type with fidelity issues, convincingly bridges the worlds of egoism and altruism, civilization and jungle law, with the empathic blue eyes and scruffy chin of a metrosexual Russell Crowe. The great Trine Dyerholm, as Anton’s estranged wife, reprises her stock character: a woman bravely venturing on despite a bushel of deep emotional wounds. No one teeters on the edge of a breakdown better than Dyerholm, and her effect here is quietly magnetic. 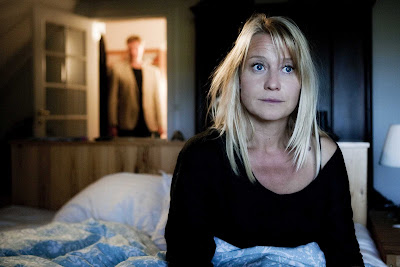 The top level drama concerns the developing friendship between two middle school age boys – played by William Johnk Neilsen and Markus Rygaard – and the issues they face with bullies and deteriorating family life serve as a reduction of the world’s social ills. Except for a few scenes with laptops and scattershot references to the internet, Bier and writer Anders Thomas Jensen are careful not to blame the boys’ destructive tendencies merely on technology. Using Halo as a whipping post would have added an ironic circularity to Bier’s thesis, but it also would have been easy and obvious. When Neilsen and Rygaard attempt convoluted justice during the film’s kaleidoscope of climaxes, their method is a tried and true variety of low tech mayhem. Meanwhile Anton, slumming at a rough hewn Sudanese hospital, elects to solve a crushing moral dilemma by entrusting a vile warlord to the court of public opinion; in effect becoming a latter day hybrid of Pontius Pilate and Marcus Welby. 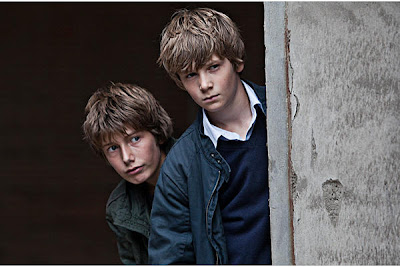 Bier’s longtime cinematographer, Morten Soborg, creates a beautiful tableau awash in sharp blues and golds. His careful attention to light presents important clues to the film’s shifts in time. Beginning during the long days of summer and concluding in autumn, In a Better World’s scenes of afterschool activities go from sunny reverie to darkening gloom. Soborg’s perfectly balanced images of golden fields and thickening clouds evoke the austere moods of Andrew Wyeth, and reinforce the film’s post-9/11 Huck Finn subtext.
As Neilson wheels his bike through scruffy blades of straw, the fading beauty of his tiny world parallels the confused muddle of mourning and vengeance that has taken over his psyche. 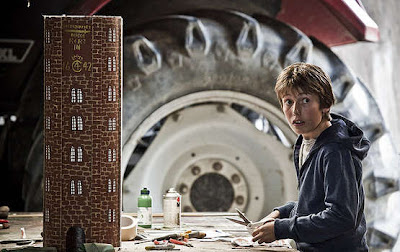 In a Better World’s denouement can rightfully be accused of playing it too safe. There is a patness that seems out of character with the film’s modern parabolic ambitions; a disorienting sense of no harm no foul. But amid the voluminous hugging and tearful reconciliations, one must concede that Susanne Bier has skillfully told the story she wanted to tell. Dialing up the dark scale of emotional intensity, however justified, would have served no purpose other than satisfying a sort of bleak prurience. By slightly fudging the rules, In a Better World scores one for the better instincts of humanity. And we need all the wins we can get.

Wonderful review! I practically broke my fingers, rushing to put this into my queue of rentables. And WHAT, pray, got you inspired to include hilariously naughty elephants on your brill blog? Sputteringly, ShuZ

Thanks Abby & Shu. Your comments are much appreciated