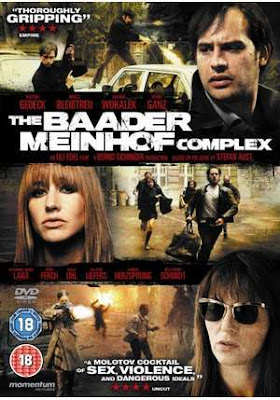 The Baader Meinhof Complex brilliantly recreates the radically charged political atmosphere of the 1960s, in a surprisingly straight forward way, without resorting to a lot of gimmicks or nostalgic sentimentality. The film chronicles the rise and fall of the RAF, a West German left wing militant group that achieved legendary status among Europe’s trust fund anarchists, despite bloodily botching nearly every operation they attempted. Martina Gedeck, in yet another great performance, stars as Ulrica Meinhof, a respected journalist who falls under the sway of charismatic radical leader Andreas Baader (Moritz Bleibtreu) and she will pay a heavy price for her dalliance with armed insurrection.

Director Uli Edel attempts an even-handed approach to the storytelling and, while only an eyewitness could vouch for its accuracy, the film feels truthful because neither the entrenched political powers nor the fuzzy cheeked militants are rendered as particularly sympathetic. Edel takes great pains to show us the oppressive Germany of the Kiesinger era, whose intolerance of dissent served as a breeding ground for the decade of violent radicalism that followed. When the famous June 2, 1967 demonstration protesting the Shah of Iran’s visit to Berlin erupts into a riot of bloodlust, no punches are pulled in Edel’s harrowing depiction. The German police apply overwhelming brute force against the young protestors with a chilling relish not seen since the Nazi rallies thirty years before. 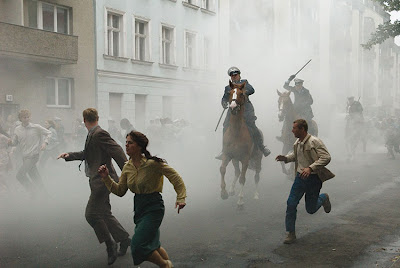 This display of government sanctioned brutality, along with growing unrest over Vietnam and a spate of high profile political assassinations, ignite fires of revolution among German youth and a number of militant groups form, with Baader’s RAF emerging as the best organized and most lethal. But Andreas Baader is not painted as a lefty folk hero in this portrait, but rather a thuggish, egotistical hoodlum who just happens have a few deep seated political beliefs. Edel serves up a perfect counterpoint to the June 2nd atrocities when a RAF sponsored protest of a right-wing newspaper becomes an orgy of violent retaliation and the air is filled with firebombs and bullets.


Amid the heat and smoke of urban warfare, the film makes some striking and compelling observations. One is the desperate nature of the everyday life of a radical. Regardless of the ideological purity of one’s motives, once the line of violent insurrection has been crossed there is no difference between a political activist and a homicidal maniac in the eyes of the law. This prompts a spiral of continuing lawlessness, as radicals must live in the shadows and resort to the practices of a criminal enterprise simply to survive. Director Udel also subtly hints that the large scale acts of terror employed by today’s Islamic militants are logical extensions and embellishments of techniques originally used in the West; in some cases learned first hand from disgruntled 1960s European youth. 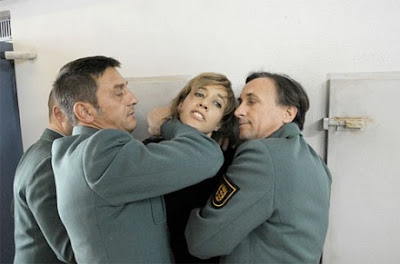 The film’s final act, in which Meinhof, Baader and company come face to face with their mortal enemy - the state political establishment – sheds a revealing light into the emotional states of the former militants. Meanwhile, the RAF is taken over by a new generation of ideologues, whose acts of wholesale violence are so destructive even Andreas Baader is appalled. But there is one more act of sedition to be performed, and through it the principals manage a symbolic, but quite hollow, victory over the system.

The Baader-Meinhof Complex unspools much like a typical true crime film, which is refreshing considering its politically charged subject matter. Neither side is glorified or vilified. And in this case, the slow grinding wheels of justice actually work in favor of the prosecution, as the passage of time renders the justifications of political terror a distant memory and the perpetrators become cartoony figures, as out of fashion as bell bottoms and love beads. The Seventies would soon be over, and conservative governments would rise to power throughout Europe and the US aided, at least in part, by voters’ ultimate rejection of the brave new world of radical political action. 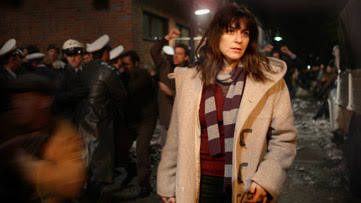 The revolutionaries depicted here not only failed to achieve their vague, unfocused aims, but failed miserably. And Ulrica Meinhof remains the central tragic figure; a talented journalist who forgot the adage that the pen is mightier than the sword.