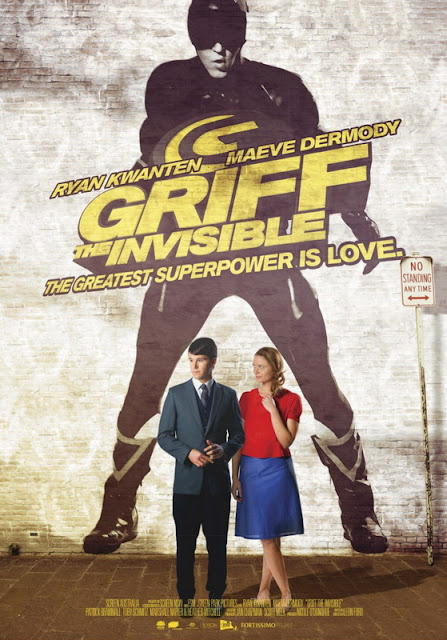 Griff the Invisible is a moderately entertaining attempt to graft a superhero movie onto a quirky romantic indie – a sort of 500 Days of Batman. But as the film rolls along it seems to lose confidence in its own conceits and, after an intriguing and lively beginning, writer/director Leon Ford decides to impose logic in the later reels and ends up sabotaging the film’s slight and fragile charms. The movie works awfully hard to arrive at an empty and obvious allegory, and Ford’s desire to resolve his story in a neat, shiny package feels like glib manipulation. To top it off, Griff the Invisible breaks one of the cardinal rules of scripting: its assortment of odd characters gets less interesting the more we learn about them. 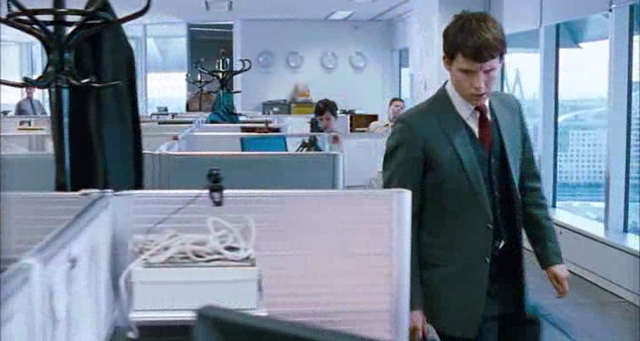 Dreamy, doe-eyed Ryan Kwanten – who you may remember from HBO’s True Blood – stars as the title character; a meek numbers-cruncher lost in a vast sea of gray cubicles atop a skyscraper in ’s bustling downtown. Among Griff’s battery of coworkers – this particular corporate hole seems as overstaffed as NBC’s The Office - is a vainglorious jackass called Tony (Toby Schmitz), who badgers Griff with a constant barrage of demeaning practical jokes and enough falsetto-voce gay innuendo to justify legal action in the real world. 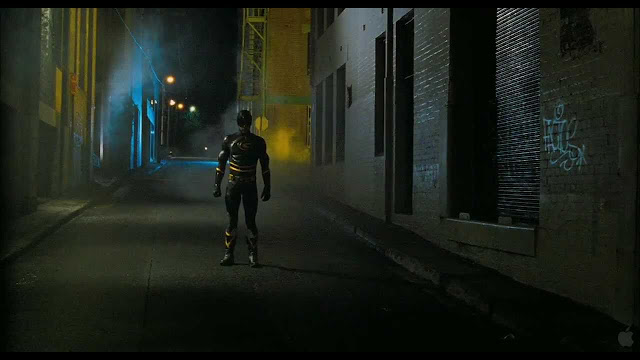 But Griff offers little protest to Tony’s catcalls, for he has a dark secret that must be shielded from the world’s prying eyes. When darkness descends on the mean streets of , and the criminal detritus of humanity emerge from their squalid lairs, Griff dons the mysterious, skin tight union suit favored by masked vigilantes. From a computerized command center hidden within his modest flat, Griff keeps a steely eye on the city’s miscreants and its seemingly endless supply of young women who think going for a solitary stroll down a dark alley at midnight is a fine, healthy pastime. When one of these plum lasses finds herself in a pickle – a common occurrence – the mighty Griff springs into action and, before long, gangs of would-be muggers and rapists are scattered about the pavement in forlorn, crumpled heaps. Without breaking a sweat, Griff has beaten the snot out of them, and disappeared into ’s inky ether before the hapless, but eternally grateful, victims ever had a chance to thank him. 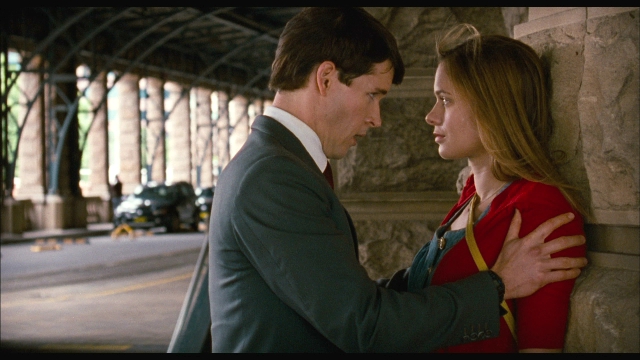 Providing the film’s romantic counterpoint is a willowy strawberry blond named Melody (Maeve Dermody), nominally the girlfriend of Griff’s beleaguered brother Tim (Patrick Brammall), who finds herself increasingly drawn to Griff’s sullen and secretive nature. A sort of unemployed slacker scientist, Melody is engaged in her own furtive hobbies, including an ongoing attempt to realign her molecules and temporarily dematerialize.  However, Griff finds Melody’s molecules sheer perfection in their current order, but dare not indulge his feelings for her because of that old romantic conundrum that eternally plagues superheroes; the babe-alicius must be resisted at all costs, for they will surely become targets of ’s evil empire. 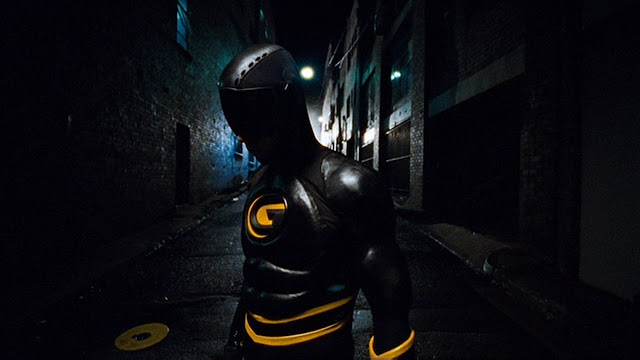 Ford assembles a reasonably good simulation of the visual stylistics of franchise superhero fare, rendered with amusing, low rent tongue-in-cheekness. The raw material for Griff’s utility belt of crime fighting gadgets is chiefly limited to what he can find at the corner hardware store, but our hero achieves impressive results from rustic ingredients. But the film loses its way when Griff becomes obsessed with the idea adding invisibility to his arsenal, and Ford ultimately opts to explain his script’s flights of fancy with a tired, mealy mouthed plot device. A similar rationalization was used in Gerald McMorrow’s underrated Franklyn from 2008, but in that film the gimmick felt organic and revelatory, but in Griff the Invisible it all seems like a cheat. 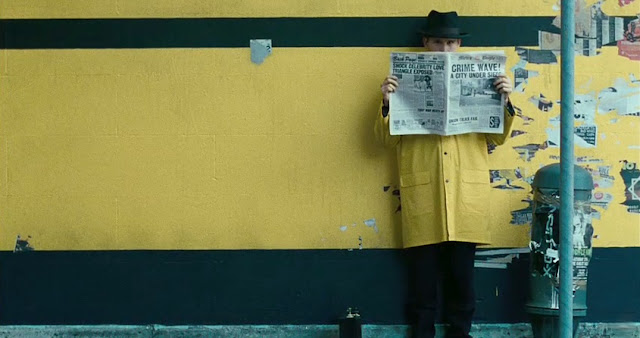 Having declared much of his previous construction inoperative, Ford proceeds with the rom-com portion of the projection, which is overworked to the point of weary, drained emptiness. Kwanten and the charming Dermody bravely soldier on, and Griff and Melody go through a wide array of emotional changes – the bulk of them at a rushed pace during the film’s closing minutes – but the film has given us little reason to actually care. As the world’s soaring divorce rate attests, romantic comedies have become as unmoored from reality as swashbuckling superhero epics. Yet, in this film, Griff’s costumed heroics require leaps of blind faith while burgeoning love affairs can exist only in the world of the blandly familiar. Perhaps a more accurate title would be Griff the Miscalculated, since this film underestimates both its hero and its audience.

On Saturday we're going to see "The Maltese Falcon" on the big screen! CAN'T WAIT!!!