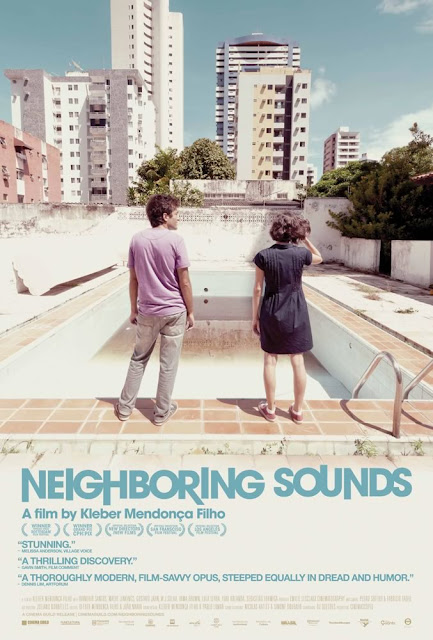 Kleber Mendonça Filho’s Neighboring Sounds has the look and feel of a Michael Haneke product of the early 2000s, with leisurely paced scenes, comatose line readings and austere atmospherics. Set in a middle-class urban neighborhood of Recife, Brazil, the film takes us into the everyday lives of a group of condo residents through a meandering river of narrative. We learn much about their hopes and dreams - literally their dreams in some cases - and find these lives of quiet desperation are more complex than outward appearances would suggest. 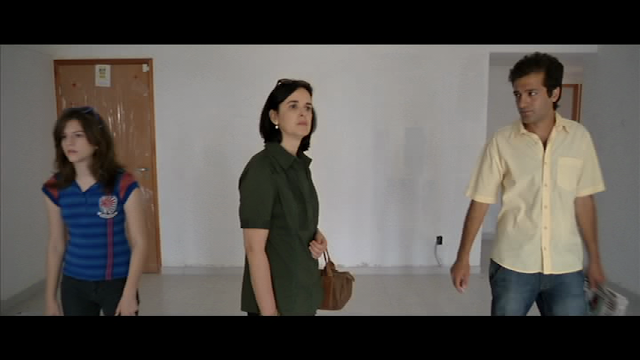 The chief story in this web concerns João (Gustavo Jahn) a thirty-ish lost soul who manages the building and will one day inherit his grandfather’s vast real estate holdings. One would think that João has it made, except for the fact that he can’t stand the real estate business or anything even remotely connected with it. His barely controlled disdain for customers manages to seep through and a scene early in the film when he shows an apartment to a mother and her teenage daughter is a gem of understated loathing. 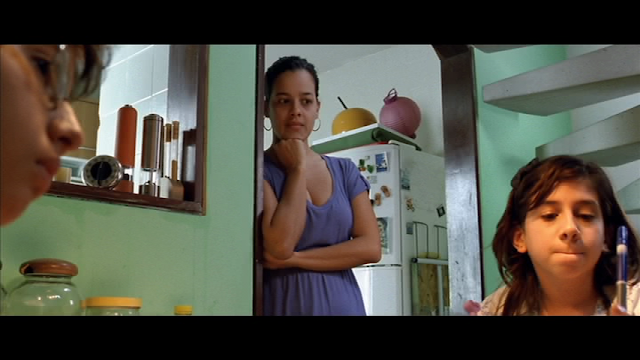 Adding to the mix is a lonely housewife named Bia (Maeve Jinkings), who is slowly being driven mad by a neighbor’s perpetually barking labrador retriever. She devises a clever plan to deal with the problem, but when the guilt starts to weigh on her she turns to marijuana and the vibrating affections of an unbalanced washing machine on spin cycle. 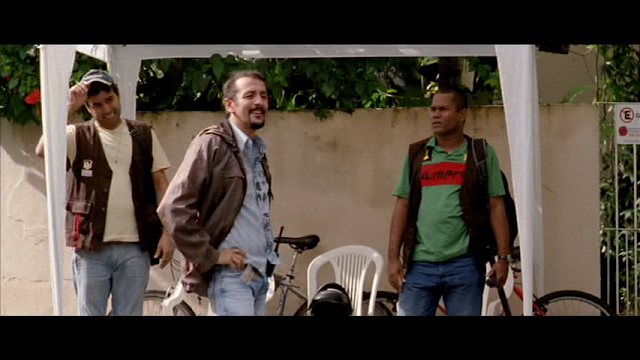 When a wave of petty theft hits the apartment block, a fledgling, somewhat disorganized private security outfit shows up led by Clodoaldo (Irandhir Santos) and his crew is soon put to work patrolling the neighborhood. The security guards find they have little to do and boredom eventually turns them into community gossips. The men also find empty condo units superb staging areas for a little afternoon delight. Their plight is a rich platform for humor, but Filho prefers to dwell on other aspects, creating a surprising moment that will make audiences gasp. 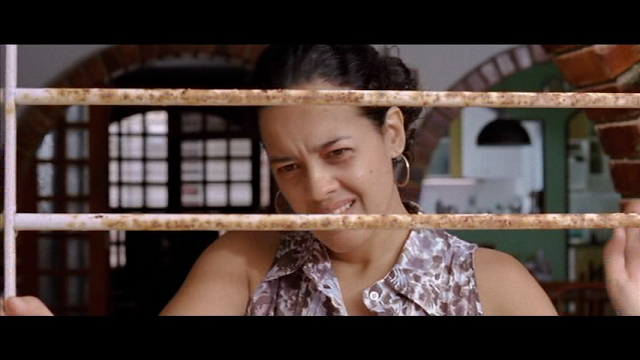 Neighboring Sounds is all about the inescapability of urban connectedness and the great lengths people will go to create illusions of security and privacy. Filho often stages scenes with steel doors or window bars in the foreground but those barriers usually offer the residents more annoyance than safety. So prevalent are fences and gates that João’s uncle’s house, a traditional one story with a flowery front yard, looks like something from a distant, more humane era. The film’s ultra real pacing and performances serve as a fascinating background wash for elements of mysticism and fantasy that slowly work their way into Filho’s progressively eerie cinematic brew. 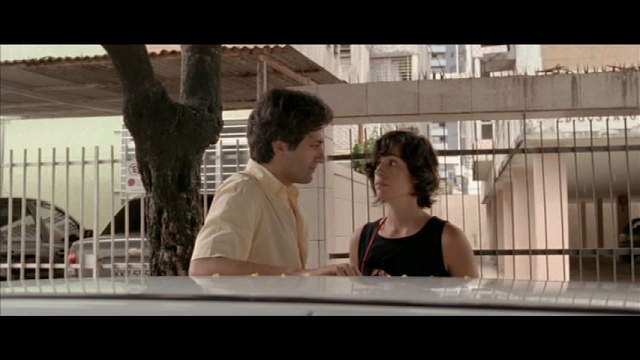 Unfortunately, Filho has no idea how to conclude his first feature and the film ends on a note that’s both melodramatic and a bit puzzling. However, the entrancing spell the film has cast over the past two hours is not wiped away. The director’s courageous skill in creating and then tinkering with manifest reality achieves the highest planes of cinematic hypnotism and leaves a nagging, unsettled feeling in its wake. Neighboring Sounds is probably not the best film you’ll see this year, but it may be the hardest to forget.
at June 21, 2013