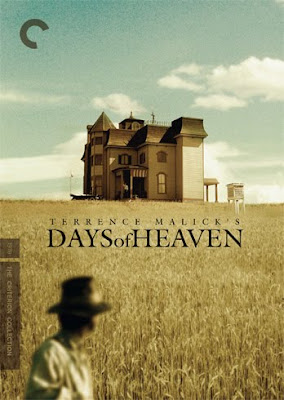 Terrence Malik's mystical period romance is one of those movies one should just experience and not think about too much. Because, frankly, it's kind of dumb. Linda Manz, who plays the child narrator, is supposedly from Chicago but her accent is pure Newark. The man Richard Gere kills early in the film (Stuart Margolin) shows up later as an extra; laughing and having a swell time. I guess he got better. Also there's a snowstorm in the middle of summer. 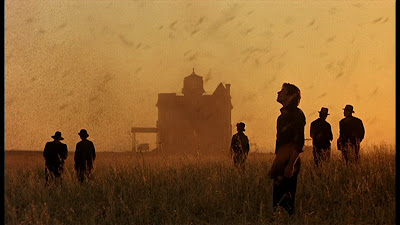 But anyway, this is a beautiful film to look at. Even with the ick factor of all those freaking grasshoppers. The late, great cameraman Nestor Almendros is the real star of this movie, and Malik must be given great credit for simply getting out of the man's way. 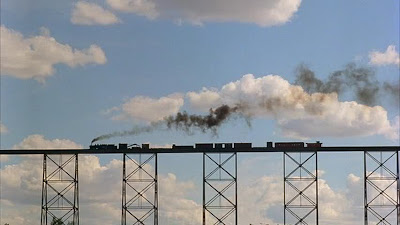 This film inspired a generation of young would-be cinematographers to learn all about T-stops and focal lengths and lighting ratios. If you haven't seen the film, please do so right away. It's wonderful. It's unique. I'm giving it 5 stars. But it's still kind of dumb. 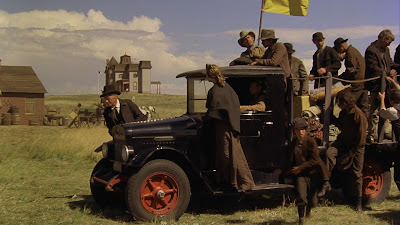 I'm glad that you chose to review 'Days of Heaven', what with me being a shameless Malick-head (Iknow, it sounds like a breed of fish).

The fact that I never noticed any of the major flaws that you pointed out, probably says nothing flattering about my filmic senses. I just tend to go there, and get lost.

And, hey, in that part of the world it CAN snow during summer; well, sort of...I've seen it almost kind of happen. Maybe it was the painkillers. I get so confused...and this is a good day.

With that, I bid you good day.

Pix2: I point out the logic flaws because I only started to notice them about the 10th time I watched the film. Amid such spellbinding beauty, I suppose flaws and fallacies are neither noticable nor important.
Nestor Almendros shot this film and Clare's Knee, 2 of my all-time faves. He has been dead nearly 20 years, but is still missed.


Bob: I'm sure you will enjoy it. A visual feast.

How are you, my film-fanatic-friend? =)

I'm going through a Malick faze these days and have gotten some intense experiences from his films.

While I agree Days of Heaven certainly has its flaws (I found it too slow and slightly boring actually) The Thin Red Line, and more importantly: The Tree of Life, blew me away!

His films are always so pompous and extravagant, but somehow always manages to stay right on the border of pretentiousness.

Especially one scene in Tree of Life, where the wife suddenly starts floating around in the air like an insect. There's no real reason for it, nor any explanation given. She just starts to fly for a few seconds, and then it's never mentioned again. I guess it was meant to be symbolic of her blissful state or something, but it was done in such an overly artistic fashion, I couldn't believe the audacity of the director! I mean: You can't have characters in a drama suddenly start to fly for no reason, and then go on like it never happened? Is he checking just to see if we're paying attention?

I tell you, Mr. Malick is messing with out heads!

He must be some asshole to have a beer with though... Every time you ask him something, he has to go back to the beginning of the universe, no less, and recite grandeur poetry along the way...

Anyway, I find his movies immensely meditative, and if you're one to indulge, I highly recommend trying one of his films while high yourself. Then you're flying too.

TIger: I don't know if you read my vowel movement about Tree of Life

but I assure you I share your enthusiasm. I just like to raz Malick from time to time because, well, someone's got to.

I highly recommend "Badlands". Terrific acting...an area Malick is actually given too little credit for.

Hope all is well with you and yours, and thanks for commenting.