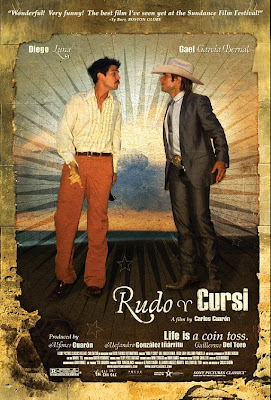 Soccer fans will enjoy “Rudo y Cursi”, a parable about the meteoric rise of two backwoods brothers (Gael Garcia Bernal, Diego Luna) in the high stakes world of professional futbol in Mexico City. Carlos Cuaron, who wrote the screenplay for “Y Tu Mama Tambien”, which also paired Bernal and Luna, directs with an eye toward crowd pleasing, and this film is very different in feel from their previous collaboration. 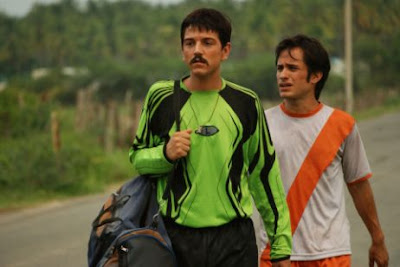 The tone here is bright and sunny and, even though the characters get themselves into some dire situations, the film has the air of an amusing allegory; a sort of Aesop’s Fable in jockstraps. One can’t help but admire Cuaron’s ballsy preposterousness as he takes these two banana pickers from abject poverty to the careers of their dreams in very short order. 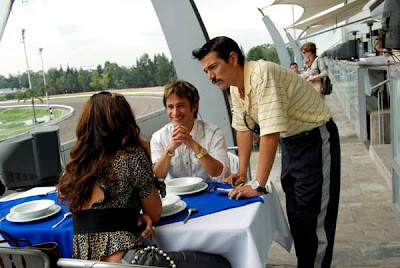 With the help of a sleazy, yet lovable soccer talent scout (well played by Guillermo Francella) the young men soon have all the trappings, as well as the headaches, of success. Cuaron also makes some dead true observations about the absurdly fickle talking heads of sports media, which appear to be just as reprehensible in Mexico as they are on ESPN. 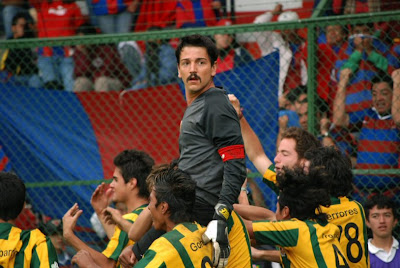 Under an intense media spotlight that makes athletes either conquering heroes or loathsome failures – often both in the course of one week - Bernal and Luna find off the pitch activities that temporarily relieve the stress, but eventually lure them into inescapable traps of their own. 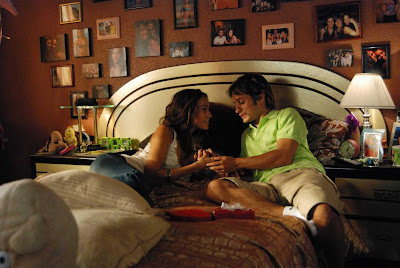 Meanwhile, their example serves as an ironic role model for the folks back home, who shirk their habits of hard work and clean living to seek out their own shortcuts to material gain. Ultimately, the brothers find both their careers and their health on the line in one big game, and must decide if they can afford the high cost of maintaining their ideals. 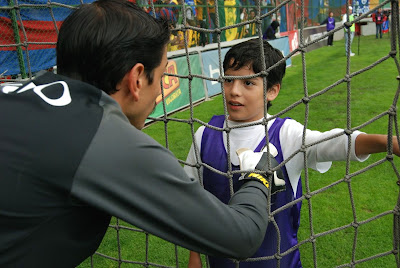 Those expecting a film in the vein of “Y Tu Mama” will likely be disappointed but “Rudo y Cursi”, if you’ll excuse the pun, achieves its goals in an entertaining and charming way.