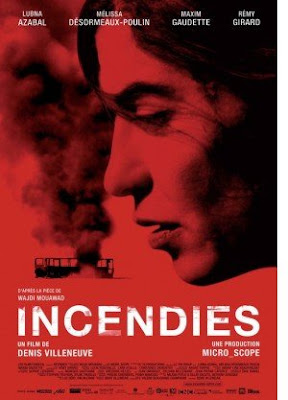 An Oscar nominee in 2011, Canada’s Incendies is a harrowing allegory delivered with lofty ambition and skillful execution. The film reduces 50 years of violent struggle in the Middle East to an examination of one family’s barbaric legacy; a legacy that will inflict blunt force trauma on the innocent. Incendies offers a reboot of the original sin concept, but this time with distinctly personal ramifications, aided and abetted by an ancient society’s full retreat into barbarism. A municipal swimming pool in Montreal may seem an unlikely stand-in for the Garden of Eden, but the knowledge found in this paradise of chlorine and concrete will ultimately reveal a shame beyond measure, and an evil that will scar for generations. 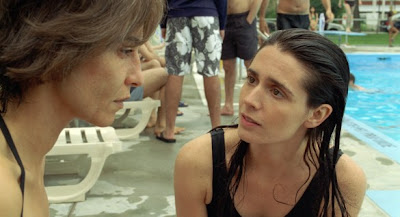 Directed by Denis Villeneuve and based on a play by Wajdi Mouawad, Incendies is the story of a pair of twins (Mélissa Désormeaux-Poulin, Maxim Gaudette) whose quiet lives are thrown into chaos by the sudden and unexpected death of their 60-ish mother (Lubna Azabal). At the reading of the will, the twins learn that their father, long thought to be dead, is still alive, along with a half brother they’ve never known existed. The twins are instructed to find the long lost relatives and deliver sealed letters their mother has written to each, in an effort to fulfill a solemn promise she made decades earlier. 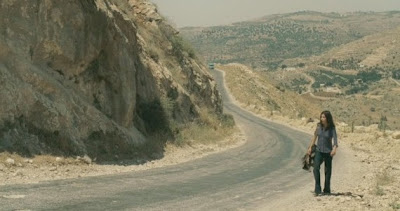 Incendies then takes on the contours of a detective story, as the twins are dispatched to a fictional Middle Eastern nation – actually a thinly disguised Lebanon – just beginning to recover from the ravages of a long civil war. Through flashbacks to the 1970s, the Mother’s story is slowly revealed, as her attempts to live a modern life of education and culture are thwarted by stubborn traditions and ancient prejudices. Narrow minded adherence to the religious principles of a bygone era spark a war with the very notion of civilization itself, and the resulting bloodlust consumes all in its path. Even the gentle-natured elite must resort to the laws of the jungle to survive and, as the twins learn, their mother was thrust into the center of a brutal maelstrom, with implications that stagger the imagination. 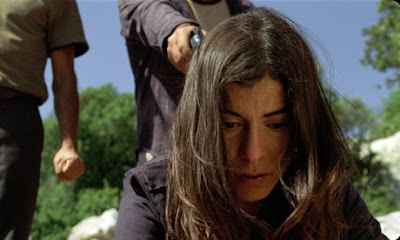 Villeneuve manages to keep the complexities on track, and successfully builds a brooding, at times stunning, mosaic of life in a time of wanton savagery. His presentation is classic, formal and surprisingly objective, resisting handheld cameras and other short cuts to immediacy. Yet, he manages to get us deeply into the minds of his protagonists, utilizing Azabal’s increasingly dull eyes as mirrors into unspeakable pain. As the story metastases into the realm the unthinkable, the twins’ comprehension leads to a zombie like bedazzlement, and a questioning of every aspect of existence. But they have one more duty to perform, and as we marvel at the sullen crispness of Villeneuve’s storytelling, this family’s ejection from paradise is complete.
at September 19, 2011