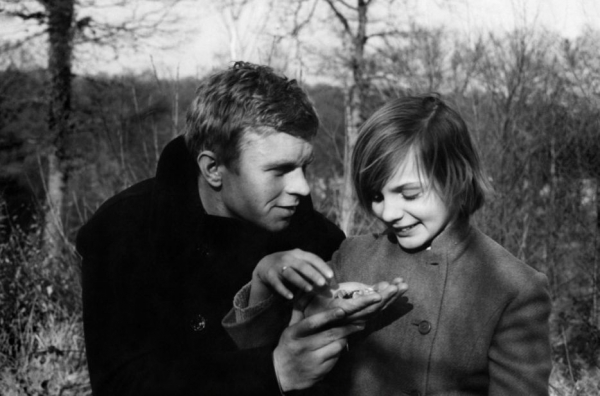 Winner of the Oscar for Best Foreign Language Film in 1963, Serge Bourguignon’s Sundays and Cybèle has finally been issued in an official North American digital video edition by Criterion. For decades Sundays and Cybèle was only available to NTSC markets through imported discs of dodgy provenance and a few murky, widely scattered VHS copies. While half a century is certainly a significant delay, the high quality of the film and this superb pressing will make most cinephiles agree it was worth the wait.

Sundays and Cybèle is the story of Pierre (Hardy Krüger), a 30-ish former fighter pilot who now aimlessly wanders the quiet streets of Ville-d’Avray on the outskirts of Paris. Pierre suffers from a severe case of what would now be called PTSD, squarely blaming himself for a tragic accident that occurred during the heat of battle in Vietnam. Reeling from amnesia and nightmarish visions, Pierre finds a bit of solace one night when he encounters another lost soul, a young girl named Cybèle (Patricia Gozzi) abandoned to an orphanage by her runaway father. The pair begin an innocent liaison every Sunday afternoon, with long walks in a nearby park and visits to local shops. These strolls may be therapeutic for the damaged Pierre, but to the prying eyes of the citizenry this unlikely friendship raises unsavory questions, which morph into deadly serious accusations.

This sweet film still has quite a modern feeling in an era when paedophiles - or people who are thought to be so - are the new monsters.