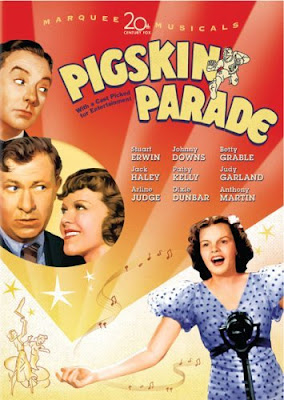 Pigskin Parade is one of those silly musical comedies that helped Americans endure the Great Depression and it’s equally palliative today. The film is notable for marking Judy Garland’s first appearance in a feature, and although her role is minor, she pretty much steals the show. 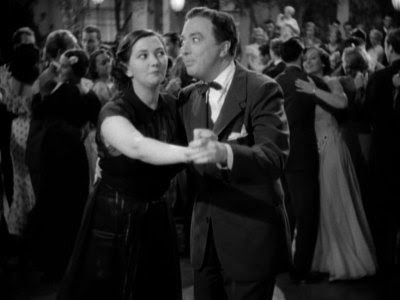 The plot is absurdity on steroids: tiny Texas State University is accidently invited to New Haven to play big, snooty-toot Yale in a big, snooty-toot football game (Yale was once a football power?). As luck would have it, Texas State has just hired a new football coach (Jack Haley), a hapless slug named, appropriately enough, “Slug”. He is accompanied by his plucky wife Bessie (the hilarious Patsy Kelly) who turns out to be the real brains of the duo; she can draw up the Xs and Os with the best of them and administers plenty of acid-tongued sarcasm to boot. 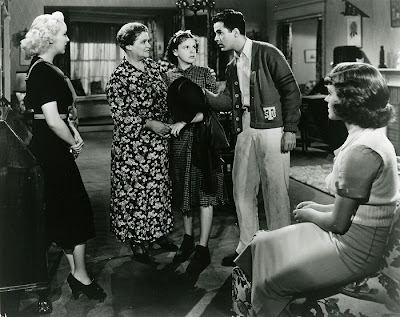 Coach Slug and the school’s PR geek (Johnny Downs) eagerly accept the errant invitation, much to the Yalies' embarrassed chagrin, and soon Slug and Bessie have their charges learning gimmicky new plays and baffling formations. But all is not tacking dummies and wind sprints at TSU, as every night there seems to be a dance concert featuring the local talent, and Texas State shines in that department. 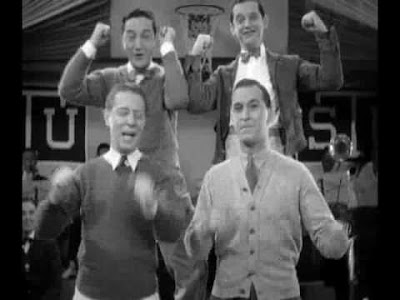 There are several songs by a quartet known as “The Yacht Club Boys”, who apparently were no small potatoes in those days. While the singers are clearly approaching middle age, it’s all justified by their clever song “We’d Rather be in College”, which touts the glories of being a professional student. 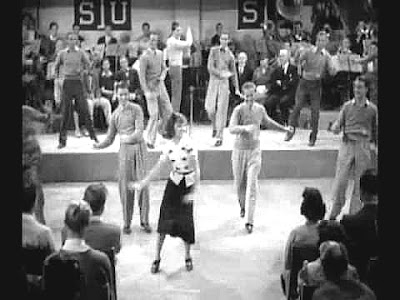 With the big game approaching, TSU’s burly star quarterback (Fred Kohler Jr.) is accidentally injured at one of these fetes (apparently the dances were more dangerous than the football games) and Bessie takes it on herself to find an emergency replacement. 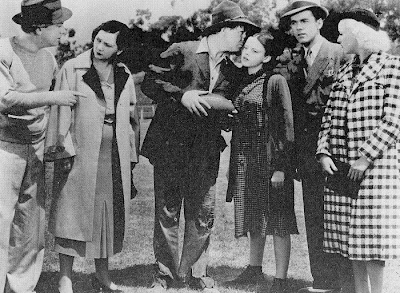 Along the way, she and Downs stop at a roadside vegetable patch where they encounter a taciturn young hayseed (Stuart Erwin, who received an Oscar nomination for this role). Erwin can toss a watermelon 50 yards with impressive accuracy and before long he is enrolled and taking a full slate of classes and, of course, going to lots of dances. 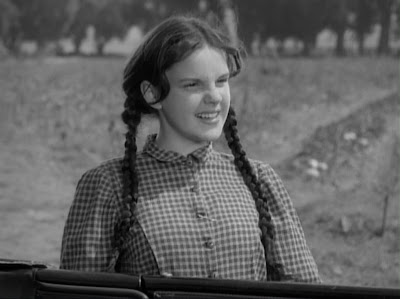 Garland finally appears as Erwin’s kid sister Sairy, brought along to college as a sort of mascot. Judy would have been 14 when Pigskin was filmed, but her tight gingham blouses prove that she was both physically and vocally mature beyond her years, She starts to break into song a few times, but is interrupted by more pressing business, so when she finally cuts loose at yet another one of those student mixers, it’s quite cathartic. Although still a kid, Judy belts out the exotic “Balboa” with the power of a world weary 40 year-old. Garland has a few other star turns, including a rousing version of “Texas Tornado”. Amazingly, she made this tune a big hit despite being an awkwardly written song with – to paraphrase Antonio Salieri – too many words. 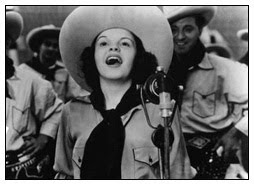 Eventually, after everyone has sung themselves blue in the face, the big day arrives and the Texas State eleven find they must confront not only the muscular Yalies, but a blinding snowstorm as well. The football sequences are a cut above most films of this era in terms of believability – there are some actual attempts at blocking and tackling – and young Erwin, despite nervous butterflies and an early benching, is given a final chance at redemption. 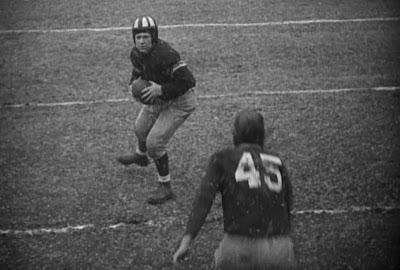 Ultimately, the game is dispensed with and the film gets back to its true stock-in-trade. Namely, a big production number complete with The Yacht Club Boys in ridiculous cowhide chaps and the all principals brandishing celebratory firearms. And you’ll feel like celebrating as well, for while Pigskin Parade is hokum, it’s robustly entertaining hokum, and just the ticket for those seeking a nostalgic escape.