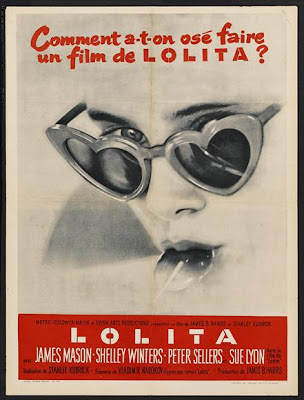 The poster asks “How did they ever make a movie of Lolita?” The answer: very carefully. Stanley Kubrick treads very lightly into the potential ickyness of Nabokov’s novel, and achieved something of a miracle. By immersing Humbert and his young mistress in a darkly goofball world that seems to be teetering on mass insanity, the director made their pedophilic relationship seem wholesome by comparison. 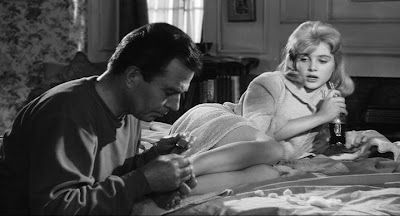 As Humbert, cool, cultured James Mason comes across as a beleaguered, indeed sympathetic soul; a timid academic caught in a trap of weaknesses and appetites he cannot control. Sue Lyon, as Lolita, was an inspired casting choice for Kubrick’s societal-scale vision of the material. She has one of those faces of indeterminate age; in some scenes she appears 14 (which she was) and in others she could pass for 35. 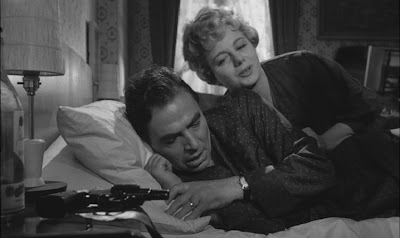 Shelly Winters, as Lolita’s mom, captures a whiff of the repressed despair that plagued so many American women in those years of pressured conformity between WWII and the sexual revolution. Winters always had a remarkable ability to portray the mentally unbalanced girl-next-door and while this character was often played for laughs later in her career, here we marvel at her dangerous edges; honed razor-sharp from years of work in dark theatricals. Yes, Peter Sellers is also in this movie - delivering an eccentric portrayal of an eccentric character - and his work here gives us an appreciation of what a gifted, yet greedy character actor he was before he made it big. Kubrick and Sellers would go on to create Dr. Strangelove two years later, but it’s clear in Lolita that the two men were kindred spirits…both were freakishly brilliant at what they did and were quite pleased with themselves. 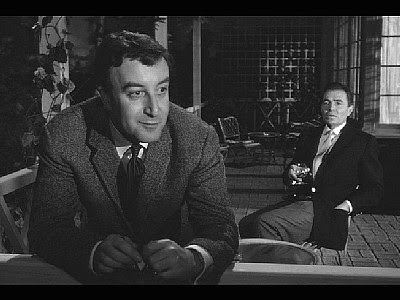 As a film, Lolita is very much a product of its era - the early 60’s were a time of cinematic experimentation, largely led by the French - and while Kubrick’s storytelling approach at first glance seems conventional, closer analysis reveals wacky pleasures aplenty. Every scene has a subtle dizziness about it, a nuanced sense that the world is not spinning in its proper, predestined grooves. The film has been described as Hitchcock-esque, and that is true, but there are echoes of John Ford as well, particularly Ford’s Grapes of Wrath. And while Humbert Humbert will never be confused for Tom Joad, the two men share a perverse embodiment of their era’s social nadirs. 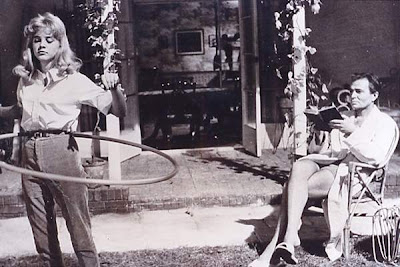 The film also marks the waning days of B/W cinematography, a format that would be virtually extinct in a few years, but had some of its most stylish moments just prior to the death rattles. Kubrick and cameraman Oswald Morris go all Greg Toland on us with a number of deep focus shots (which technical advances had made much easier to accomplish in 1962 than in 1941), and the process driving scenes during the protagonists’ road trip are torn directly from the Hitchcock playbook. Kubrick has always been considered more of a trend setter than a synthesizer, but this film is nearly as heavy on stylistic homage as its thematic doppelganger: Mike Nichols’s The Graduate. 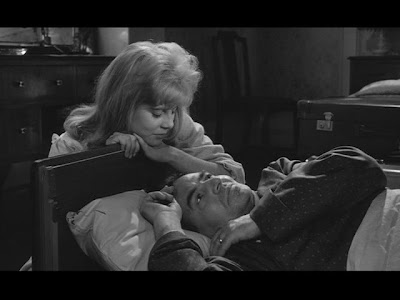 While those expecting a faithful adaptation of the novel have expressed disappointment in Kubrick’s relatively tame approach, it’s clear he elected to focus on the story’s sociological elements - the standards of the day simply would not allow any other method – and by doing so, Kubrick transformed Lolita into a larger tale; a story not so much about sex, but of an orderly society threatened by a restless citizenry.

Good to see you are back. Beautiful review, and a new header. Where's the picture from? Private party?

Thanks Bob. That photo is of Dr. Tiffany Amber, my old college biology professor. She had very innovative ideas about education. Last I heard, she had become department chair at the University of Las Vegas ;)

You came back with some thunder, and you're singing my cinematic tune.

Fine review, as always, and a splendid, insightful read. I do differ with you in one regard, though. I'm not so sure that either Kubrick or Sellers were ever really pleased with themselves; tormented, perhaps, but I'm not sure about pleased.

And as greedy as you think Sellers might have been, Kubrick actually pressed hard for him to take an additional role in Dr. Stranglove, an argument which Sellers won.

Now David...here I have this whole snarky narrative laid out and you go bringing facts into the mix...

Wait till you see the huge chunks of scenery Sellers bit off in this one ;)

Then again, I tend to over-apologize for those I admire. Both of those boys fit the category.

Thanks PP...and the same goes for me. I guess we have a Mutual of Omaha on that deal.