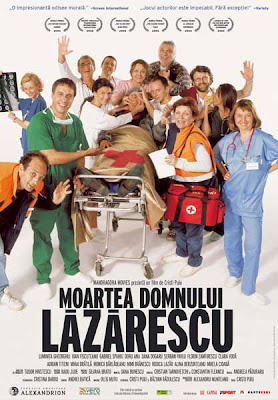 An aging pensioner facing a potentially serious illness and the exhausted, overworked medical staff who care for him are the central elements of this comedy – yes, comedy – from Romanian director Cristi Puiu. 63 year-old Mr. Lazarescu (Ion Fiscuteanu) is having a rough Saturday night. 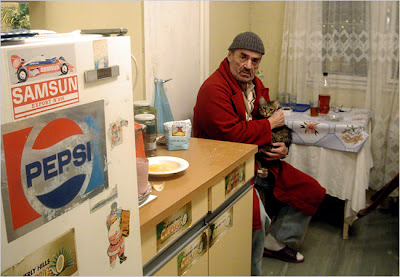 Addled by a headache and occasional vomiting, he also has to endure a rather nasty telephone argument with his sister over finances, as well as the care and feeding of the many lazy, mewling cats strewn about his tiny, ill-kept Bucharest flat. With the help of his hilariously self-absorbed neighbor (Doru Ana), Lazarescu is loaded into an ambulance manned by a kind-hearted paramedic (Lumintina Gheorgiu) and her not-all-there driver (Doru Boguta), for what we think is going to be a fairly straight-forward trip to the ER. 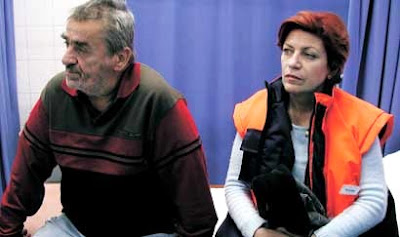 But a horrible bus crash has pushed every hospital in town to capacity, and Lazarescu’s quest for care begins to resemble a dingy version Homer’s epic poem “The Odyssey”. Along the way, we meet an assortment of the world’s drollest doctors, all of whom dispense prescriptions and sarcasm in equal measure. The film features some amazing comic acting, particularly by the various medical professionals who attempt to diagnose Lazarescu, yet the performances all take place within the grittily realistic world created by director Puiu. 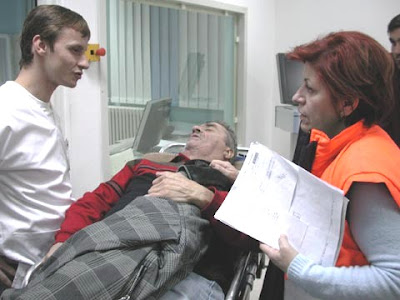 We sense the pressured and exhausting lives of these doctors and nurses, who manage to do their jobs professionally despite competing agendas and egos; their sanity maintained only by their brusque, and at times grim, humor. Like most 2 ½ films, this one drags a bit toward the end, and could have used a little editorial pruning. But “The Death of Mr. Lazarescu” also contains surprises and comic joys aplenty. It manages to frankly and realistically portray the perils and pratfalls of modern medicine without negativity or condemnation. 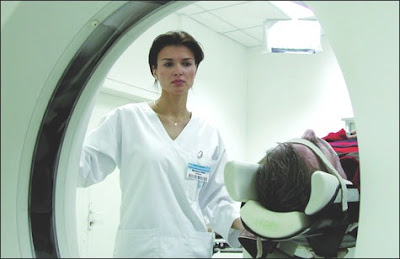