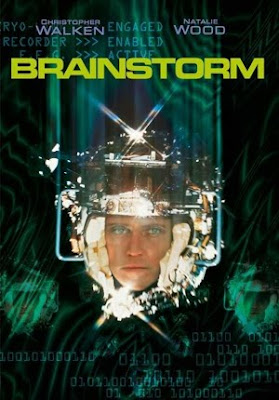 First of all, Brainstorm is a 30 year-old film about cutting edge computer technology. So, yes, it’s going to look very dated. The scientists here carry around their “portable” computers in padded cases the size of steamer trunks. And connect to networks via clunky old Bell telephones. So yes, from a 2010 perspective, all this is quite hilarious. 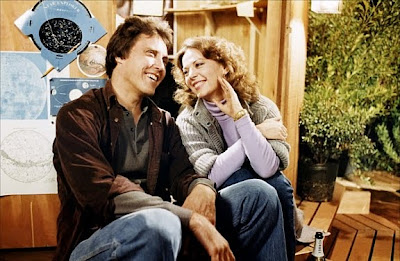 There are other chuckle-inducing aspects too: the ridiculously wrong casting of Natalie Wood and Christopher Walken (has there ever been an on-screen couple with less romantic chemistry?) and there’s the stupidly slapstick sequences where Walken manipulates the computer at the secret military lab and all the robotic arms go berserk, creating a goofy scenario right out of I Love Lucy. 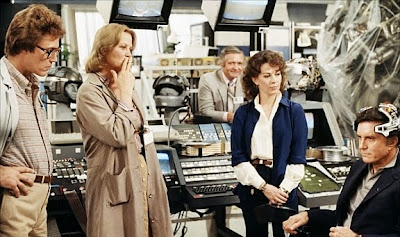 Still, one feels like a total jerk pointing out the liabilities of Douglas Trumbull’s flawed masterpiece, because many of those flaws may not actually be anyone’s fault. Of course, as is well known, the production suffered an enormous tragedy: the death of Natalie Wood. And that shocking death occurred at a point in the production before all of her scenes were shot, but too late to start over without her. After a two year struggle of shooting with body doubles and inventive editing, Trumbull was able to cobble together an assembly of scenes that at least had a vague resemblance to the story he originally set out to tell. 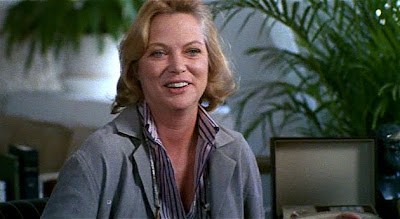 Louise Fletcher, in a very strong performance, leads a team of randy scientists in the cloistered confines of the Research Triangle Park near Raleigh, NC. Their mission is to create a virtual-reality-on-steroids device that records the sensations of real life experiences; be it a relaxing, early morning horseback jaunt, a thrilling rollercoaster ride, or the schtupping of a willing young coed.

Then, by wearing a small piece of headgear, a consumer can experience each of these moments – every bounce of the saddle, every precipitous drop, every ecstatic orgasm - in full sensory detail. Not just the sights and sounds of the events, but the smell, taste and touch of them as well. 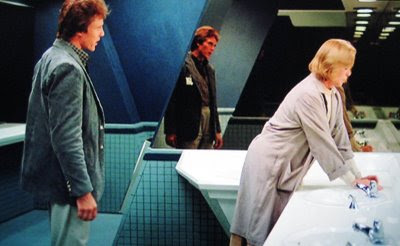 Walken plays Fletcher’s partner in this project, and it is clear that their long hours together in the lab have led to an office romance, at the expense of Walken’s relationship with his now estranged wife (Natalie Wood). As the team progresses towards a marketable device, their efforts draw the attention of the U.S. Military, who think this would be a wonderful way to target missiles (I don’t really get the logic), and threatens to take over the entire project and replace Fletcher and Walken with scientists more sympathetic to military applications. 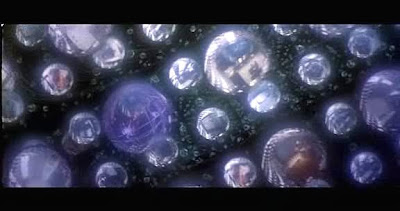 Alone at the lab one night, a team member suffers a devastating heart attack and decides to record the experience in a heroic effort for science. Despite the scientist’s lifeless body, the machine continues recording; its digital displays indicating it is still receiving sensory input, thus creating a tape that may hold the ultimate answers to human existence. 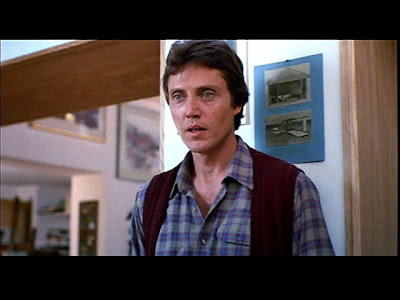 At this point, the film devolves into a not-too-clever story of spy vs. spy, as Walken, determined to experience the tape, attempts to elude the military guys who want to use it for their own, ill-defined, ends. Walken and Wood rekindle their romance, and the upper levels of the military are made to look like a group of over-paid clods. Unfortunately, this is one of the few aspects of the film’s final act that rings true. 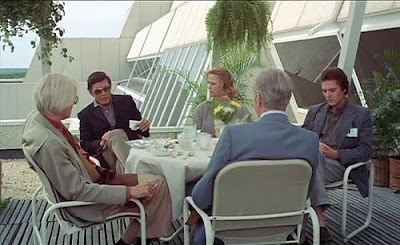 However, it’s impossible to know if the disappointment that pervades the film’s final minutes is the result of necessary patchwork due to Wood’s demise or a poorly developed script. I tend to think the former, for the first half of Brainstorm is a tight, engaging sci-fi thriller full of exciting moments, effective pacing and excellent performances. 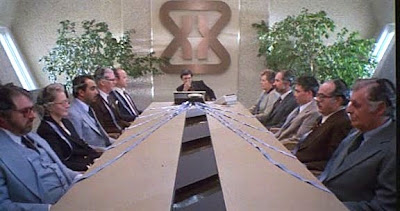 Cliff Robertson, as the project manager with the unenviable task of keeping both the scientists and the military happy, strikes the right note of disco-era leisure suit sleaze, and is a pleasure to watch. And Walken, never the most compelling leading man, comes off as a quite believable moody genius with a heart of gold. 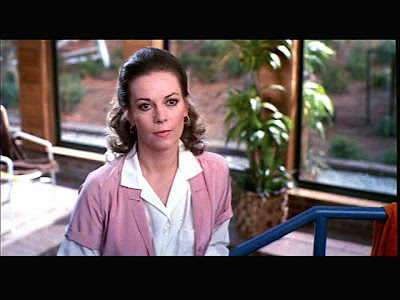 Wood is not given very much to do, and seems distracted and out of place here, as if she belongs to different era. The brave new world of the 1980s doesn’t seem to quite suit her. Sadly, it was a decade she would not have to deal with it for very long.

Thanks Bunchie, I liked your post, although I never saw this film. I did see a lot of other films with Walken, Dletcher, Robertson and Trumbull during this period. It was a time when I discovered the cinema and I wanted to see as much films as possible.

Thanks Bob. There were many good films made about this time. It was a great period to be learning about cinema.

I never thought too much of this film, before I checked out Trumbull's webpage. www.douglastrumbull.com
Truly amazing stuff!