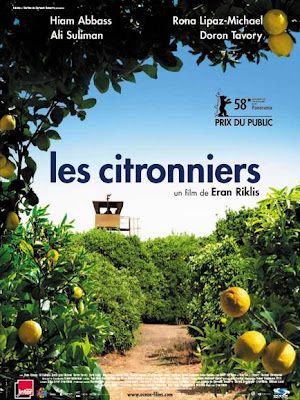 This film reduces the complexities of the Israeli-Palestinian struggle to a simple story about values, and makes us feel the full measure of the conflict in a way no CNN documentary ever could. To a Palestinian widow named Salma (Hiam Abbas, who you may remember from “The Visitor”), her grove of lemon trees represent a meager livelihood and a connection to her dead father, who planted and nurtured the orchard from twigs. 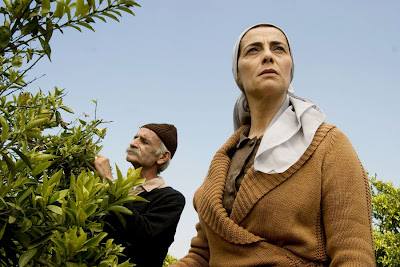 To the Israeli Defence Minister (Doron Tavory), who has arrogantly built a palatial estate on the adjoining lot, the grove represents a security risk, since terrorists could conceivability use the canopy of trees as a hiding place. We see the Israelis’ justifiable mania for security, as Tavory orders wire fences and guard towers to be erected, and Salma’s once beautiful and peaceful oasis begins to resemble a prison camp. 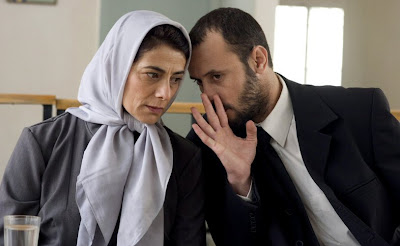 The story then takes on aspects of a courtroom drama, as Salma enlists the aid of a kind-hearted Palestinian lawyer (Ali Suliman), and the pair pursues Salma’s complaints to the highest levels of the justice system. The story has a few weaknesses, most notably a lack of balance, as all the Palestinian characters are portrayed as gentle, hard working souls possessed of an attractive, ironic humor, while all the Israelis appear to be stubborn, selfish and somewhat sleazy. 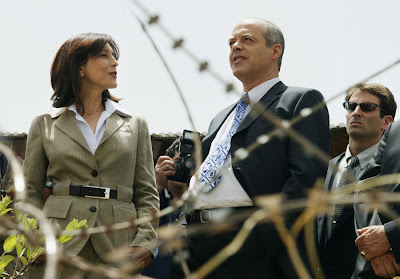 The one exception is Tavory’s elegant wife Mira (Rona Lipaz-Michael), an interior designer who appears to have sympathy for Salma’s plight. There are numerous scenes where the two very different women stare wistfully at each other across the divide of Tavory’s fence, but the viewer feels a bit cheated as this potential catharsis is never realized. 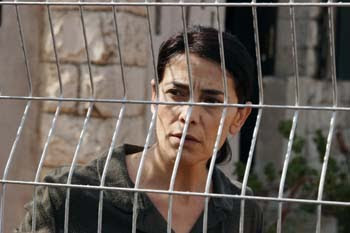 Still, the film is well worth our continued attention for its devastating final scene, where the court’s Solomon-esque solution is finally enacted, at tremendous emotional and aesthetic cost to both parties.