80 Years at the Races 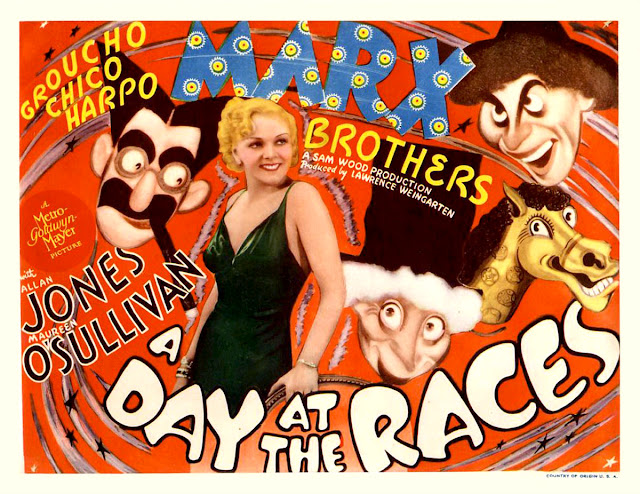 Most Marx Brothers aficionados agree that 1937’s A Day at the Races was the last truly great film featuring the zany siblings. Produced by MGM wunderkind Irving Thalberg, who had recently signed the brothers to a lucrative multi-picture deal, A Day at the Races continued the box office winning streak begun in 1935 with the mega-hit A Night at the Opera. While A Day at the Races has never attained the lofty critical stature of its predecessor, the film offers its own unforgettable wit and side-splitting set pieces. With the Depression lingering on and war clouds building on the horizon, folks desperately needed a good laugh and this full immersion into the madness of Marx delivered in spades. 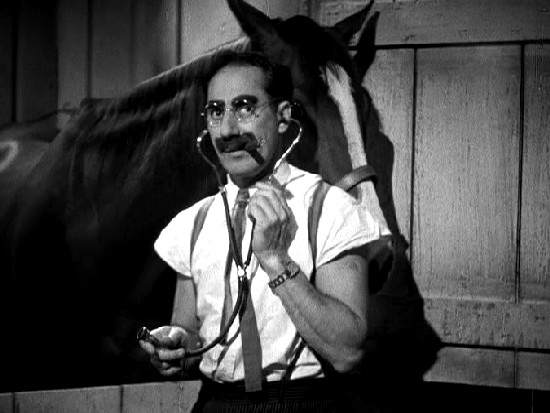 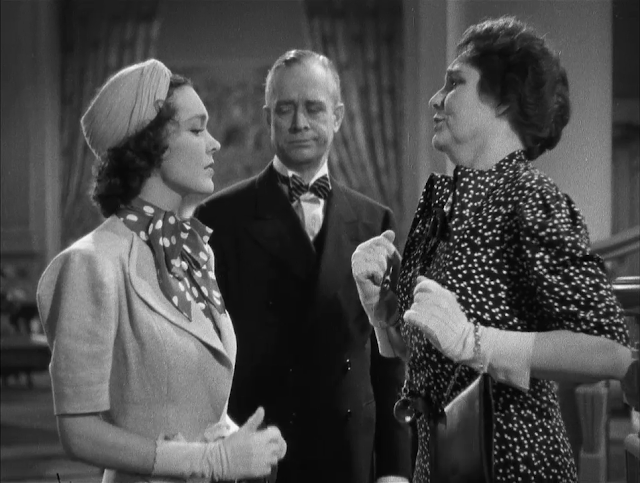 In this outing, Groucho plays a dodgy veterinarian who gets a cushy job as a psychiatrist at a Florida health spa due to a case of mistaken identity. The bulk of the film is devoted to a variety of outlandish machinations employed by Groucho to keep his secret safe, with predictably hilarious results. Also, there are subplots in which a washed-up race horse redeems himself and an on-again, off-again romance between Groucho and the great - if oblivious - Margaret Dumont. 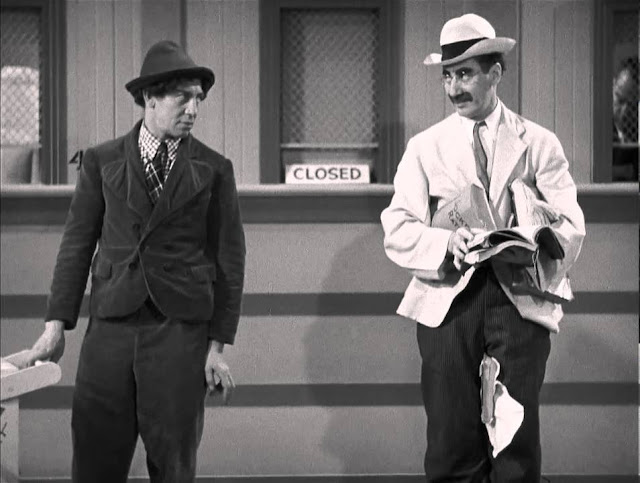 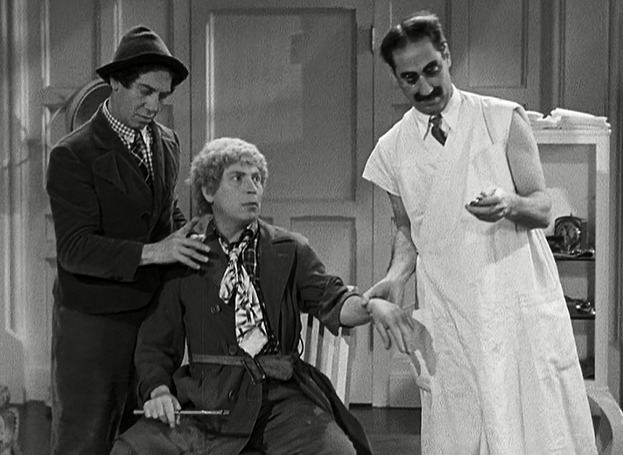 But as with all Marx Brothers films, any notion of plot is purely a platform for the brothers’ dazzling comedic talents. In what may be one of the funniest sequences ever filmed, Chico cons Groucho into buying a series of books at the racetrack. The timing and slow build of the scene are sheer perfection, and shows the brothers capable of much more than manic madcap. But there’s plenty of hysterical mayhem as well, especially when Groucho, Chico and Harpo attempt to examine Dumont under the watchful eye of a snooty Austrian doctor (Sig Ruman), basically destroying a laboratory in the process. There’s a lot of Groucho’s patented scathing wit as well, including this iconic Marxism as he takes a patient’s pulse: “Either he’s dead or my watch has stopped.” 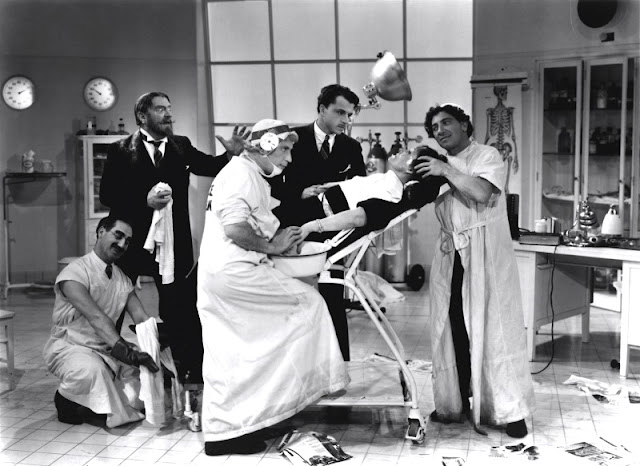 In my personal Marx pantheon, Duck Soup (1933) is ranked number one followed closely by A Day at the Races. For my money, it’s a better movie than A Night at the Opera, with funnier lines and smoother pacing. Unfortunately, the film has a few racist-tinged musical numbers with African-American performers, but sadly that’s where we were as a society 80 years ago. However you rate the films, A Day at the Races was the end of a line. During its production, Thalberg died suddenly at the age of 37 and no other producer at MGM had a clue how to capitalize on the unique Marx magic. The brothers made several more films for MGM, but they were uneven affairs and none approached the brilliance of their collaborations with Thalberg. Groucho and company left us a rich comedic legacy, but it could have been even greater.
at October 19, 2017

I love this movie! There are some great set pieces in it.

Thanks Paul and Robert. It's good to be back, and I'm hoping to post more regularly now that things have calmed a bit. Thanks for reading and commenting!