Book Review: 300 Days of Sun: A Novel by Deborah Lawrenson 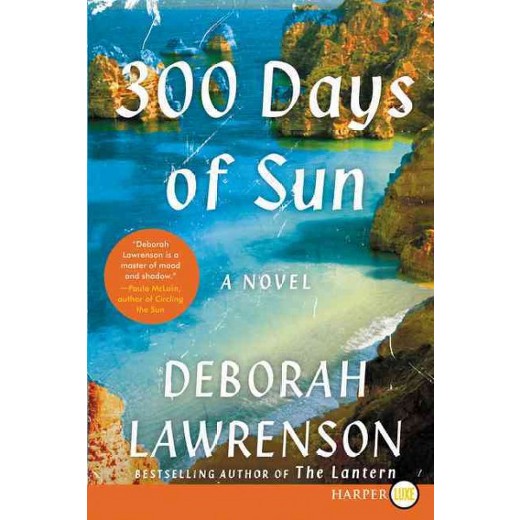 Deborah Lawrenson’s 300 Days of Sun: A Novel is a marvelous and mysterious sojourn at a crossroads in history. It tells the story of a young Englishwoman named Jo who has made her way to the wind swept cobblestones of Faro, Portugal. Seeking solace and refuge, she soon finds herself involved in a baffling web of intrigue; its enigmatic shadows deepened by the blinding Portuguese sun. Accompanied by a charming young man in search of his past, Jo is thrown into a vortex of fate, as crimes from decades ago finally face a long delayed justice.

Jo’s story is interspersed with the book’s novel-within-a-novel set during the depths of WWII. It features a harrowing account of the evacuation of Paris, and the lonely despair of refugees seeking passage to America. This clever device offers a vivid foundation for Jo’s current struggles, and adds context and occasional clues to its resolution. Lawrenson nurtures her plot from the fertile soil of classic detective fiction, with each new character and narrow escape adding to a seductive strata of suspense.

But 300 Days of Sun is more than a rattling good yarn. Its lush evocation of time and place stimulates the senses as well as the mind, and readers will find themselves transported to the ocean breezes of Portugal. At times, Lawrenson seems to craft her sentences from the delicate petals of richly scented flowers, creating a hypnotic atmosphere. In her world “clouds cluster like purple grapes” while police stations reverberate with “unsettling acoustics.” In another scene “The air was heavy with orange dust from the Sahara that fell like a sprinkling of paprika powder over the town’s white sills and ledges.”

Part romance, part thriller, part history lesson, 300 Days of Sun: A Novel will leave the reader entranced and wishing for more. It’s a sensualist adventure with an ever-present malevolent edge and by the time it’s over, you’ll be a little bit smarter and a lot more aware of life’s lovely but dangerous possibilities You’ll also be mightily impressed with Deborah Lawrenson, and her graceful ability to make the English language flow and shimmer.

Lovely review. I have your book and am about to read it. Congratulations, Deborah.

If you love this one, you've got to read her book "The Lantern" - awesome stuff!