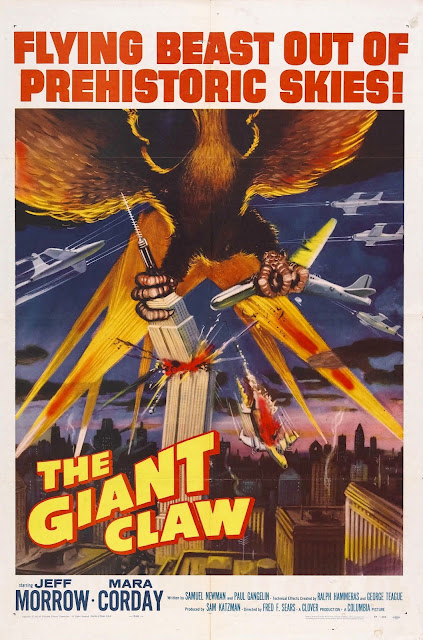 Our anniversary series usually commemorates a film significant for its popularity, its impact on culture or its advancement of the artistry of cinema. Today we are breaking from that tradition with The Giant Claw (1957), which is utterly devoid of any of those qualities. I can't call it the worst movie ever made, simply because I haven’t seen every movie ever made. But in my life I have seen approximately 6000 films, and of that sprawling lot The Giant Claw is the worst. The absolute worst. By a mile. 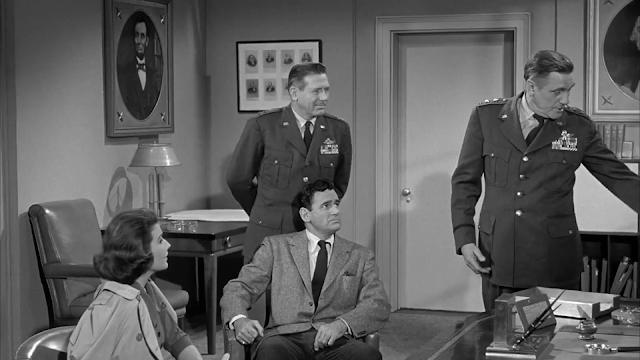 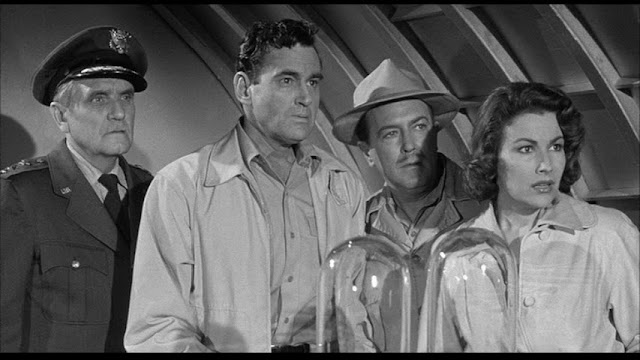 Its premise is fairly typical for 50s' sci-fi: a mysterious force from the darkest reaches of space invades planet Earth and proceeds to run amuck. But this time, humanity is not threatened by malicious aliens bent on conquest or an advanced society with the power to incinerate every vestige of mankind. No, here our world faces extinction from an ugly-ass interstellar turkey buzzard. You read that right, it’s a giant friggin’ turkey buzzard. A turkey buzzard with the ability of supersonic flight, easily out-racing our state of the art fighter jets while plucking the intrepid pilots from their cockpits. A turkey buzzard impervious to our most powerful weaponry, even surviving an atomic bomb blast with nary a lost feather. 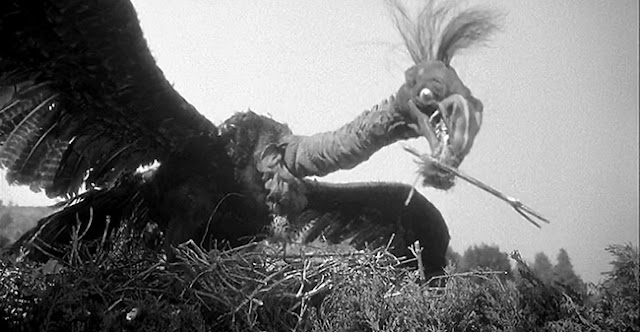 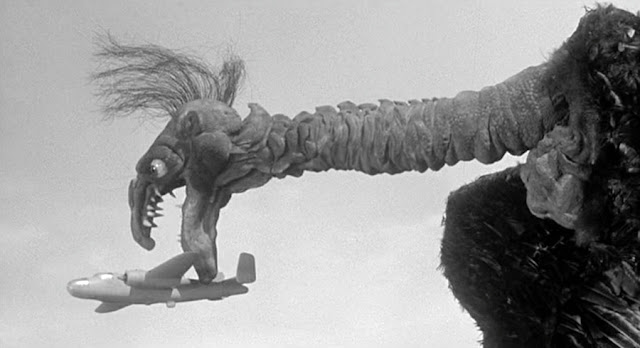 Within the fanciful strictures of science fiction, I suppose such a formidable buzzard is at least theoretically possible. But then the filmmakers - who out of compassion will remain nameless - make the mistake of actually showing us the thing. And frankly, this scourge of the human race looks like a discarded puppet from some rapidly cancelled kiddie TV show; its fishing line controlled wings flapping so slowly and erratically it’s hard to believe the creature could remain airborne, much less outrun an F-16. As bad as the effects are, they’re only part of The Giant Claw’s multitude of sins, which include horrendously corny dialogue, a romantic subplot drenched in sexism and continuity errors aplenty. When the film premiered in lead actor Jeff Morrow’s hometown of New York City, the audience burst into laughter every time the creature appeared. Morrow was so embarrassed he sneaked home after the film, hoping no one would recognize him. 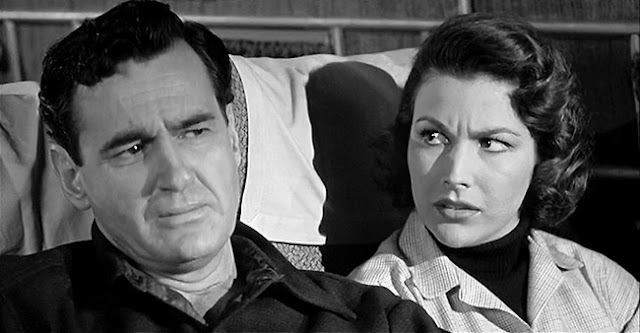 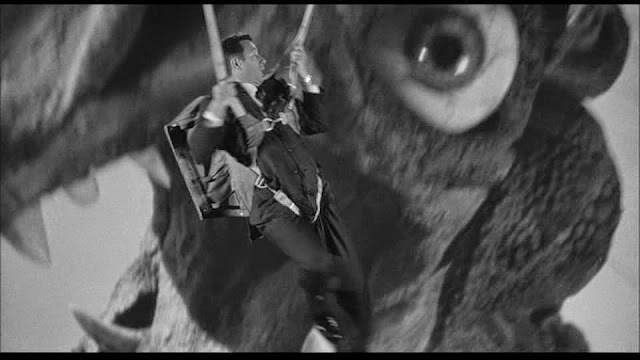 Some bad films are so bad they’re actually good; their camp elements making them entertaining despite, or perhaps due to, their unrelenting sloppiness. The Giant Claw has no such redeeming value. It is simply bad. Appallingly, moronically bad. It literally is not worth the film stock on which it was photographed. But don’t take my word for it. Thanks to the providence of youtube, this massive turkey - in every sense of the word - is now available for your perusal in all its stunningly feeble glory. You’ll never think of Thanksgiving in quite the same way again. 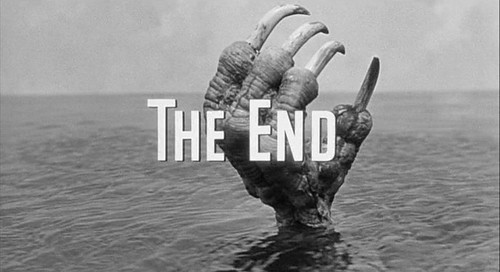 The End image is priceless. I love Mara Coerday. Thanks.