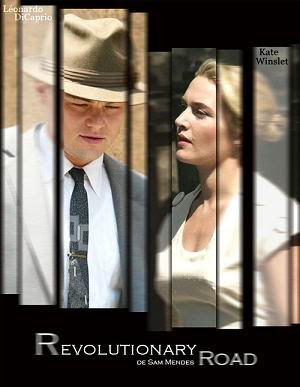 Revolutionary Road is everything you’ve heard about it and more; a harrowing tale of one couple's rebellion against the numbing material conformity that shaped American life in the 1950s. Kate Winslet and Leonard DiCaprio star as the pair in question, Frank and April Wheeler. We know the names of their characters quite well because they call each other by name in virtually every line of dialogue, whether in brief moments of tenderness or, as is usually the case, during the loud and vicious screaming matches that plague their marriage. 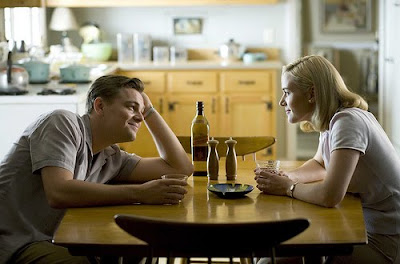 The film is best appraised by looking at it as two levels. The first tier is the macro (and I do mean macro) featuring Winslet and DiCaprio who, despite their impressive cinematic history together, have a surprising lack of chemistry in this outing. Their interpretations of the battling Wheelers ring false and they seem to spur each other ever closer to the brink of overacting. Their relationship has two speeds: smug superiority or full out garment-rending warfare, and over the course of two hours the wailing and gnashing of teeth wears wafer thin. 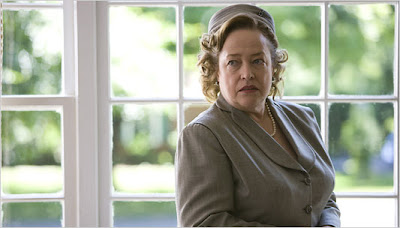 But the background layer offers the film’s richest textures and most vivid characters. Kathy Bates, as the Wheeler’s nosey neighbor Helen, at first seems the most minor of characters, but she grows during the film to represent everything that Winslet and DiCaprio blame for their despair. Bates’s character would have been born in the late 1800s, and lived through economic upheaval, two World Wars and the profound changes wrought by electricity and the automobile. Helen’s generation was marked by rigid formality and unflinching etiquette, and they found the placid 1950s a welcome respite from social turmoil. As usual, Bates has clearly researched and internalized her character and draws us in with just a few broad strokes. 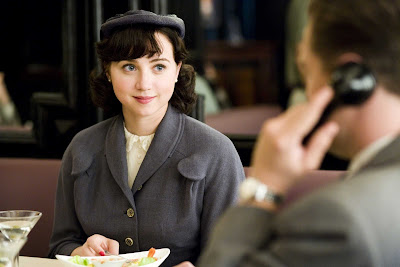 Zoe Kazan, as DiCaprio’s sexual plaything Maureen, is in many ways the anti-Winslet, a woman so devoid of expectations she’s deeply appreciative of any crumb life tosses her way. But the most interesting and striking performance is by Michael Shannon, who plays Bates’s schizophrenic son John with a courageous, but well controlled abandon. His scenes crackle with energy and intensity and, through his mental ailment, is the only character who dares to speak truth to the Wheelers, and dismiss their foolish schemes. Shannon rescues this film in moments of direst need, and is really the most compelling argument to see it. 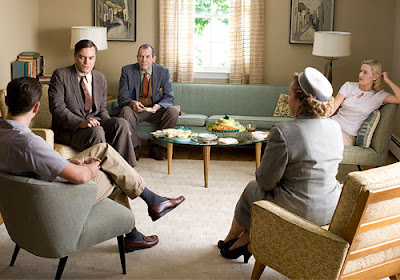 Director Sam Mendes, an expert at Suburban Noir, sets an excellent stage for Winslet and DiCaprio, but ultimately the leads fail to deliver. Perhaps the Oscar pressure was too strong, or maybe they were worried about Shannon stealing the film (which he does); whatever the reason, Revolutionary Road features two major talents working way too hard. Even the attempt at foreshadowing is labored and inorganic – the Wheeler’s muted decision to have scrambled eggs seems like Ibsen at his worst – but at least it’s a relief from the constant screaming. 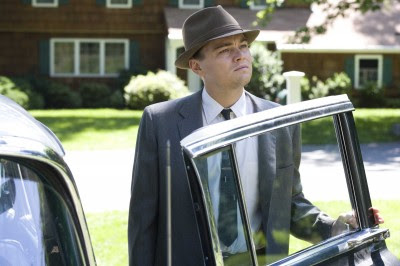 In all, the film is more admirable than it is likable. And frankly, this sort of story is dealt with much more convincingly every week on Mad Men.