Elevator to the Gallows Turns 60 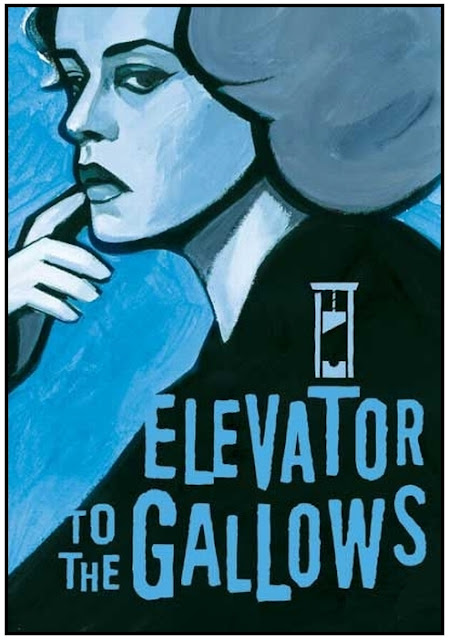 Louis Malle’s Elevator to the Gallows is a stylish and seductive thriller about a murder plot gone terribly wrong. But unlike most thrillers, the film focuses on the aftermath of the crime, forcing its characters to reveal their stories and their souls while the relentless noose of justice tightens. Thanks to the film’s omniscient point of view, there is no mystery about the crime itself - we know exactly who has done what to whom - rather, in typical French fashion, all the unanswered questions revolve around the various miscreants’ mental and emotional turmoils. And in a testament to taut storytelling, all of these jumbled lives will be disentangled in a terse and tidy 90 minutes. 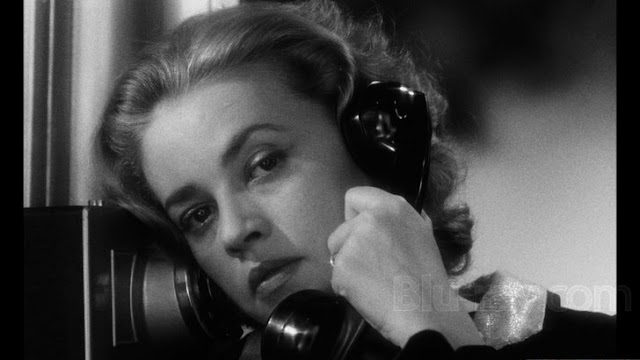 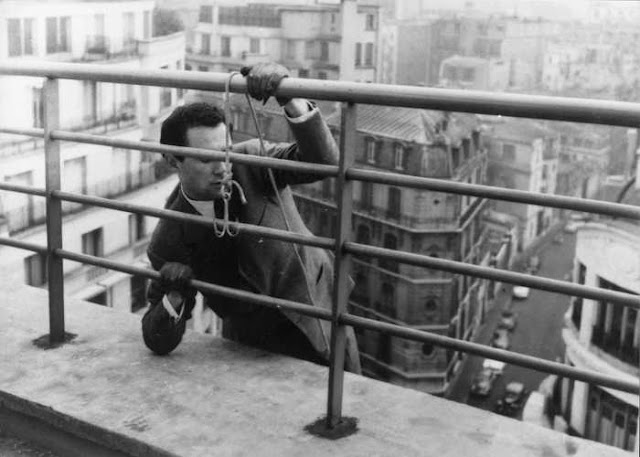 Elevator to the Gallows is a must watch for photography buffs, as legendary cameraman Henri Decaë (The 400 Blows, Le Cercle Rouge) delivers an inky monochrome that captures the steely yet romantic essence of the city of Paris. His daytime scenes have the diffused, overcast look that defines French cinema of the era, while his night exteriors glow with glistening wet streets and whimsical neon signs, hazy with mist. In an iconic sequence, Malle has leading lady Jeanne Moreau wander the streets in close up, her face pelted by a gentle rain signifying the tears of her broken heart.
Meanwhile, a pair of lovers flee the scene in a stolen convertible, the wind in their hair and the wide open boulevards of the city evoking a perfect metaphor of heady, youthful joy. 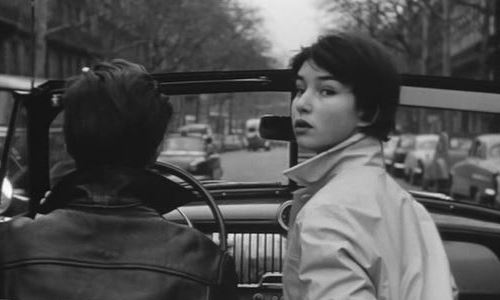 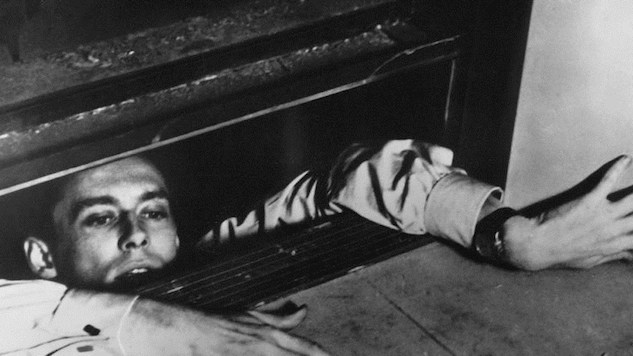 But the film’s most memorable takeaway is the astonishing, and astonishingly original, jazz score by Miles Davis. While most soundtracks seek to merely support the action on screen, Davis’s cool, bluesy trumpet seems to drive the narrative, acting as a sort of unseen Greek Chorus. While his music emanates from a lofty perch unsullied by the desperate souls below, Davis’s riffs create an emotional context for Malle’s ever expanding tableau of human weakness. And the Greek Chorus analogy is apt for Elevator to the Gallows is a classical tragedy in the truest sense. Its anxious arc pre-determined by the dark character flaws of its principals; their stained shadows withering under the ethereal light of Parisian winter.