Annie Hall on its 40th Birthday 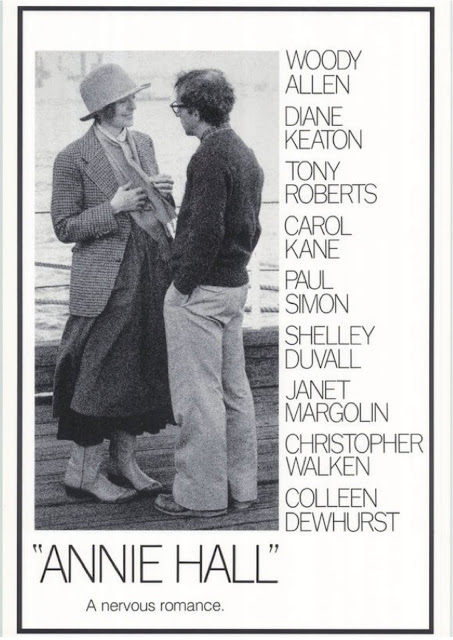 In what will be news to no one, Woody Allen’s Oscar winner Annie Hall is an absolutely marvelous motion picture. This classic tale of neurotic love in gritty Gotham remains a witty and vital entertainment, not aging a day since its initial release in 1977. The film, despite a thick stew of European influences, stands as an icon of the Great American Romantic Comedy and indeed both enlarges and transcends the genre’s conventions. 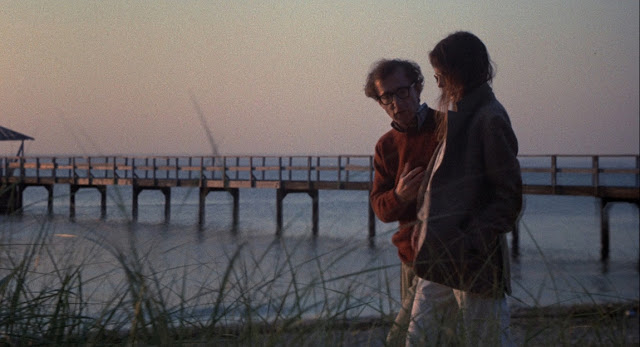 Annie Hall was originally conceived as a rather dark murder mystery with a minor comedic subplot, directed by Allen under the full imitative sway of the European auteurs he so admired. As Editor Ralph Rosenblum recounted in his superb book When The Shooting Stops, the Cutting Begins,  Allen’s footage consisted of such a chaotic clash of styles a coherent assembly was impossible. By retooling the script with co-writer Marshall Brickman, Allen was able to pare down his sprawling narrative to a relatively simple romance, told in a highly inventive way. 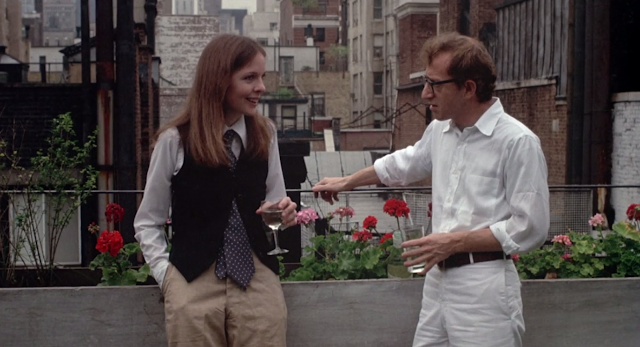 Within Annie Hall’s hilarious sight gags and slicing witticisms, viewers will note distinct flourishes of Bergman, Fellini and Truffaut. But Allen himself was becoming a more confident and assured filmmaker, no longer relying solely on his nebbish persona for laughs. Annie Hall was the first Allen film set squarely within his personal world: the excitingly grungy Manhattan of the 1970s, when the city was still a funky ethnic and economic smelter rife with avant-garde and dangerous possibilities, and not the glossy haven for well-heeled tourists it is today. 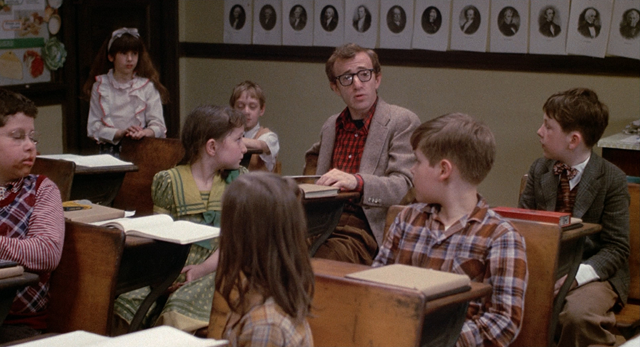 Simply put, Annie Hall is about the ill-fated relationship between a successful stand-up comic named Alvy Singer (Allen) and the title character, a charmingly scatterbrained Wisconsin-bred singer and actress (Diane Keaton). They meet through mutual friends one day at a tennis court, and a tender, if somewhat erratic, romance evolves. Over the course of the film the couple will endure all the transitions - both joyous and agonizing - that imperfect love typically inflicts on its victims. 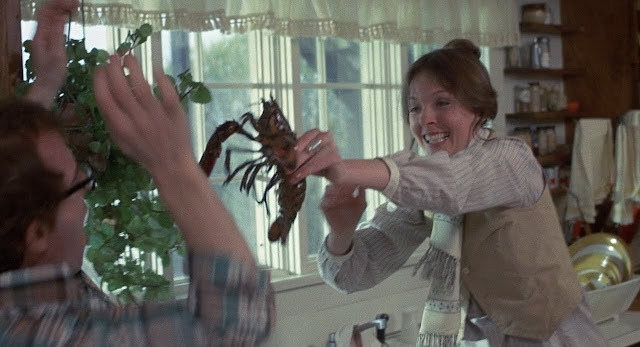 Along the way, Allen and Keaton generate moments of hilarity laced with melancholy. But the film’s poignancy is counterbalanced by perfectly timed insertions of comic abstractions left over from Allen’s original, darker vision. In a scene that looks like a discard from Fellini’s Amarcord, viewers meet a few of Allen’s grammar school classmates. Through direct address, these innocent youngsters reveal their adult fates; an array that includes heroin addiction and kinky fetishes. In a famous segment that only gets funnier with repeat viewing, Allen produces renowned media theorist Marshall McLuhan for a classic beatdown of an overbearing film critic. But these blackouts are more than mere comedic cutaways; they cleverly enhance exposition and momentum. Allen’s hilarious encounter with two unibrow Mafioso types outside a movie theater establishes his characters’ fame and success, while the scene’s coda – Keaton’s late arrival from psychotherapy – adds a frothy layer of fashionable neurosis. Profound insights are delivered with economy and brutal efficiency. A magical scene with Keaton involving a runaway lobster is reprised with Alvy’s new girlfriend (Wendy Girard), with heartbreakingly different results, while young Jeff Goldblum, with one line of dialogue, perfectly sums up L.A. in the 70s. 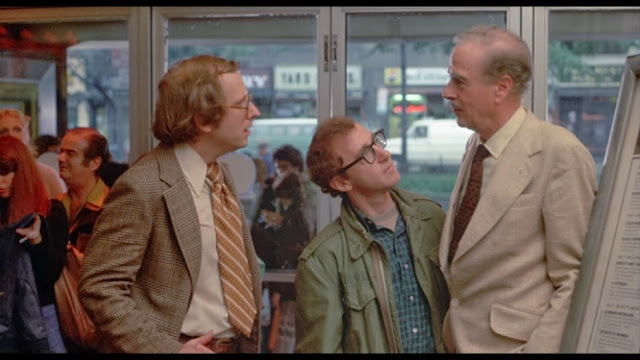 Through caustic wit and stinging observations, Annie Hall delivers a perfect snapshot of 1970s America; a time when leisurely navel gazing and wacky self-help regimens determined a pampered generation’s cultural legacy. It also offers a frozen-in-time capture of an assortment of extraordinary talents at their creative peaks. While Allen, Keaton, Rosenblum and cameraman Gordon Willis would all go on to make many more films, their brilliant collaboration on this production has never be exceeded. The intervening 40 years have not diminished Annie Hall’s sparkle, but given its sharply-hewn facets and fanciful dimensions deeper beauty and value. And we are all the richer for it. 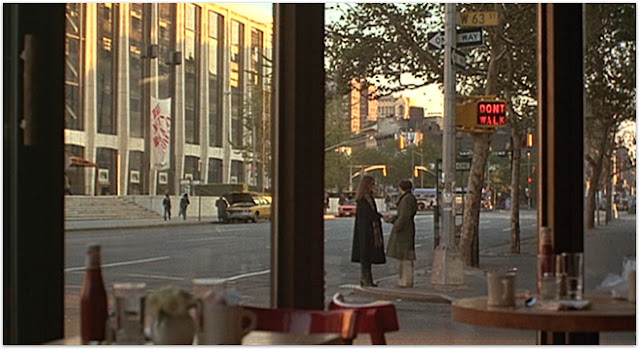