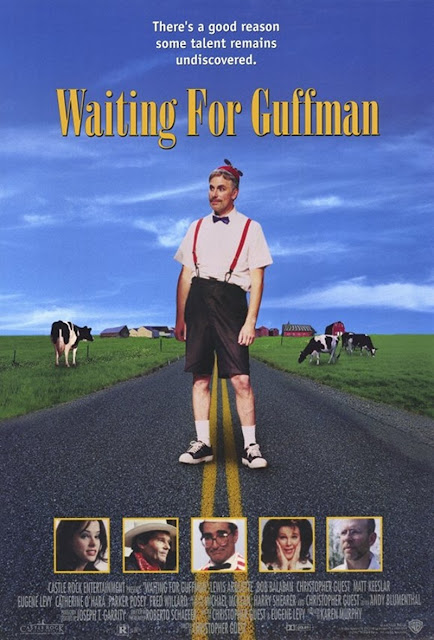 Waiting for Guffman is a hilarious ensemble comedy from the delightfully twisted mind of Christopher Guest. Filmed in his patented “mockumentary” style, the film satirizes and skewers a number of targets, including small town boosterism, amateur theatrical productions and the vainglorious nature of performers. However, as usual in Guest’s screenplays, underneath the laughs and absurdity are rock-hard kernels of truth that will have you gleefully nodding in recognition. Guest’s sardonic scenarios work because they drill down to humanity’s wobbly core of folly. He then takes that foolishness and turns it up to 11. 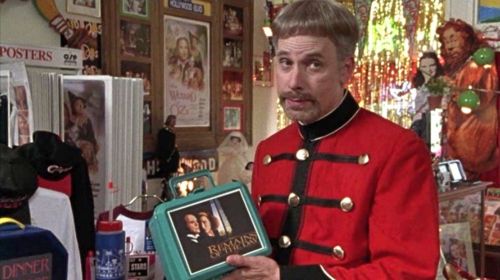 The film is all about the fictional small town of Blaine, Missouri, and a plan to celebrate the mundane burg’s 150th anniversary with a lavish musical. Guest plays a local hairdresser named Corky, recently returned after a brief stint as an actor in New York, who is hired to write and direct. The show, entitled “Red, White and Blaine,” presses local realtors, dentists and mechanics into service as singers and dancers with predictably hilarious results. All goes well until a theater critic from the New York Times agrees to attend the performance, giving Corky and his motley troupe twinkly - and totally delusional - dreams of stardom. 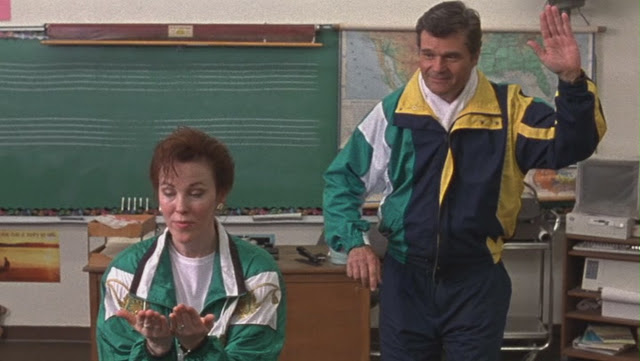 Over the years, Guest has developed a recurring roster of talented co-stars, and Waiting for Guffman  gives them plenty of room to shine. Local power couple Fred Willard and Catherine O’Hara nail their audition with an uber-tacky version of “Midnight at the Oasis” that will have viewers rolling in the aisles. Eugene Levy is great as an orthodontist smitten with the stage, while Bob Balaban strikes perfect comedic notes as a staid high school band teacher frustrated with Corky’s erratic direction. 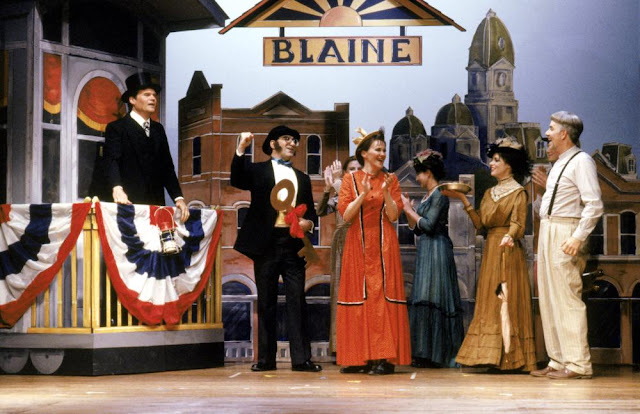 But it’s Guest who steals the show with his flamboyant hipster reading of Corky serving as a perfect foil to Blaine’s rustic dullards. Every small town has a character like Corky; an artistic type with dreams of escaping his backwater origins, but not quite enough talent to make the leap. The film also has a highly memorable and quotable moment when, after a disappointing meeting with the town council, Corky delivers one of the great lines of 1990’s cinema: