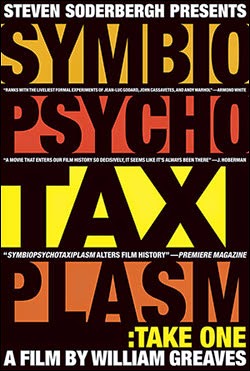 Symbiopsychotaxiplasm: Take 1 (1968) is an experimental anti-film film that’s as precious, messy and unwieldy as its name implies. What begins as an attempt to make a film about a feuding married couple eventually morphs into a clusterfuck of behind the scenes incompetence and recrimination. Recording the whole fiasco is writer/ director William Greaves’s fledgling crew, who’ve been instructed to document the entire process of making the film; from the loading of magazines to negotiations with curious local policemen. As Greaves and company hold forth in Central Park one steamy week in the summer of 1968, the tentacles of revolution were slowly gripping American society and, as this film proves, the sacrosanct nature of moviemaking was not immune to social upheaval. 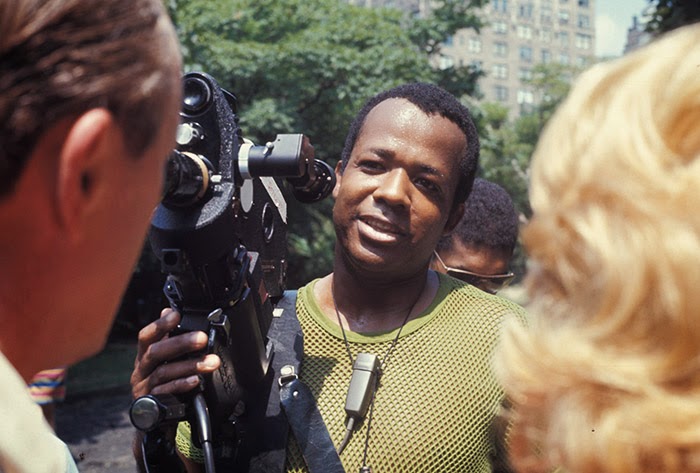 As Symbiopsychotaxiplasm: Take 1 proceeds, it becomes clear to everyone, especially the crew, that the dreadfulness of Greaves’s script is surpassed only by his horrendous direction. Totally unencumbered by vision or talent, Greaves flounders like a smooth talking car salesman at a quantum physics debate. After a few days of this, the crew lock themselves in a storage room to vent their frustrations and the ensuing rap session offers a much needed catharsis. As these fuzzy-cheeked technicians transform into a counter-culture Greek chorus, their beefs echoing our own confusion about what the hell Greaves is trying to do, Symbiopsychotaxiplasm: Take 1 reveals its true intentions. 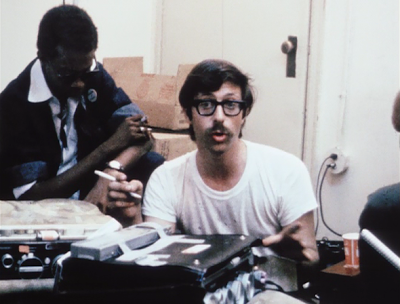 While films about moviemaking such as 8½ and The Stunt Man attempted to blur the boundary between projected and physical reality, Symbiopsychotaxiplasm: Take 1 finds the very distinction meaningless. Greaves’s dramatic scenes - gamely executed by actors Patricia Ree Gilbert and Don Fellows - are laughably soapy and inane, and only become worse when Greaves attempts to tweak. His encouragement that the actors push the envelope results in a profane take that sounds more like two longshoreman squaring off than a lovers‘ quarrel. As their confidence in Greaves erodes, Gilbert and Fellows take on the ashen complexions of actors on a death march. Fellows would go on to a long and successful career, appearing in a number of Hollywood hits and popular BBC TV series before his death in 2007 at the age of 84. The fact that he stuck to the business after this nightmarish early gig speaks volumes. 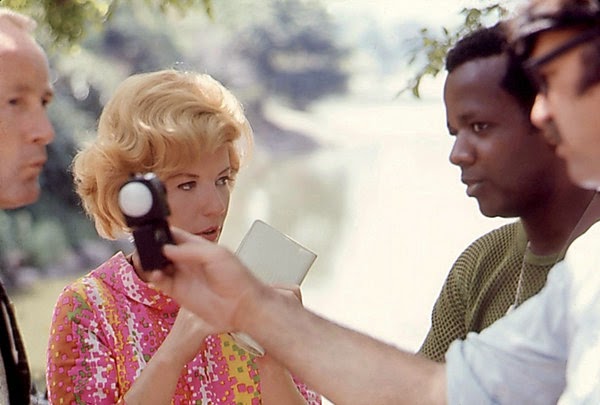 Greaves falls prey to another pitfall of bad directors when he has his picture stolen by a passing homeless drunkard with a sonorous speaking voice. Infinitely more interesting than anything Greaves has come up with, the loud musings of this tortured soul comprise the bulk of the film’s final reel, as Greaves and company can only watch awestruck at their serendipitous comic relief. As viewers we are left wondering how much of Symbiopsychotaxiplasm: Take 1 is truly by design or the result of numerous happy accidents, but there’s no doubting the wisdom of the film’s commentary and observations. And there’s a certain genius to Greaves‘s machinations, be they craftily contrived or mere happenstance or - most likely - some combination of the two. 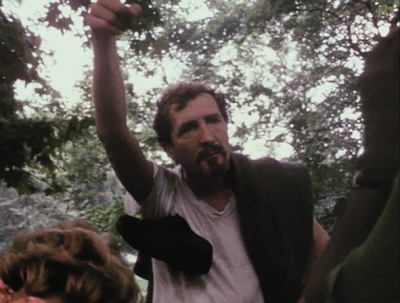 While Greaves attempts to flip the notion of omnipotent directors on its ear, he finds himself still cast in the unlikely role of demigod; a director’s default position. When attempting to soothe the jangled nerves of Gilbert, Greaves struggles mightily not to use the word “faith” when asking for her patience. And in a later scene, Greaves is shown wandering alone, nimbly striding one of the park’s many beautiful rock formations. Perhaps he was climbing Mt. Olympus, or just looking for a public bathroom, but nonetheless Greaves emits an undeniable air of regal majesty, like a baron surveying his vast holdings. In the constantly shifting world of Symbiopsychotaxiplasm: Take 1, even hack directors get to play God, at least for a little while, and we’re all too happy to render unto them our undying devotion. 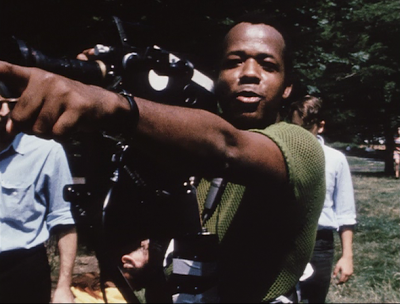 Ultimately, Symbiopsychotaxiplasm: Take 1 is an inside baseball art film for the entertainment industry. It’s doubtful that anyone who hasn’t spent time on a film set could fully appreciate the surreal universe Greaves constructs beneath the canopy of Central Park’s massive oak trees. In this world, the dramas behind the camera far surpass the hokey illusions for which filmmakers strive. But the film also contains a transcendent message, and it's as pertinent today as it was in the tumult of 1968. According to Greaves, we’ve all been paying attention to wrong things. While the warming glow of flickering images entertain and distract us, just offscreen things have gone completely to hell.
at March 23, 2015

Very interesting. It reminds of the incredible documentary made of the filming of Apocalypse Now. Stranger than fiction. Was the film by Greaves ever finished?

Well, sort of. In 2005 a sequel was made largely financed by Steve Buscemi, a long time fan of the original. It was included in the Criterion DVD set, as part of an all around appreciation. Many of the principles has since passed away, including Greaves in 2014.