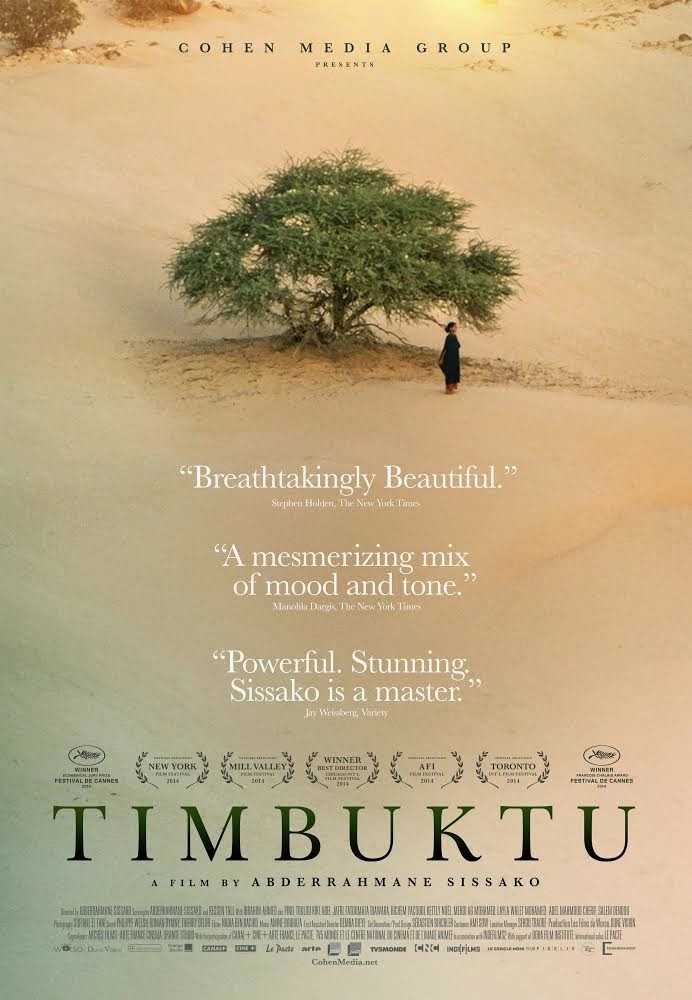 If Terrence Malick were to make a film about Jihad, the result would look something like this. Timbuktu is like a flowing fountain of dreamy images and moments, all reflecting in equal measure the horror and absurdities of life under Sharia law. Based on a short-lived, poorly organized Islamist rebellion in the nation of Mali in 2012, the film casts the notion of terrorist groups, usually lumped together as a monolithic force in Western media, as an ad hoc assortment of undefined factions, often working at cross purposes and contradictory goals. Their one constant appears to be an abiding love of pickup trucks and open carry, eerily reminiscent of the American good ol’ boys who feel the need to tote their beloved rifles along to the grocery store.

Writer/director Abderrahmane Sissako, a Mauritanian national who studied filmmaking in Moscow and has lived most of his adult life in Paris, brings a unique sensibility to the project; his languid, existential style contrasting sharply with viewer expectations. Sissako creates a confused but delicate aura with imagery cued from the blinding African sun and dry, dusty breezes. Timbuktu’s narrative structure generally juggles three or four stories at once, with some storylines running the course of the film while other subplots simply wither after minimal development. Experiencing the film often feels like an immersion in a sublime poetic swirl; dizzying and perilous yet strangely blissful.

The featured tale is the story of Kidane (Ibrahim Ahmed), a nomadic cattle herder who lives with his family in a tent the size of a one bedroom apartment. Kind hearted and gentle, Kidane’s happy and simple life is disrupted one day when his long running dispute with a local fisherman (Amadou Haidara) turns deadly. While he faces the swift, cruel and certain punishment of the town’s fundamentalist occupiers, Sissako turns his lens to the daily routine Kidane’s captors, and reveals both their soft underbellies and harsh mercilessness. In a stunning scene, a couple accused of adultery is publicly stoned in a manner that’s ingeniously sadistic, while a high ranking terrorist (Abel Jafri in a brilliant performance) secretly indulges his forbidden passion for interpretive dance, Marlboros and MILFs. 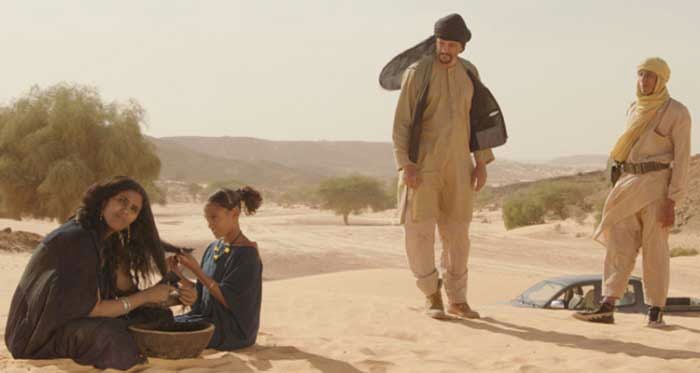 The film’s most inventive and intriguing character is a woman known as La chanteuse (Fatoumata Diawara), a voodoo practitioner who preposterously claims to have been hurled into town by the Haitian earthquake. She lives in bold defiance of Sharia’s repressive strictures, exuding sexuality and mystical chutzpah as she confronts the befuddled terrorists who placidly watch in awe. The rebels seem to have decided that she is simply too crazy to mess with, but the character is Sissako’s clever way of implying that empowered feminism may ultimately be the undoing of militant Islam. It is a faint and subtle catharsis, but it serves as a foreshadowing of the historical record. 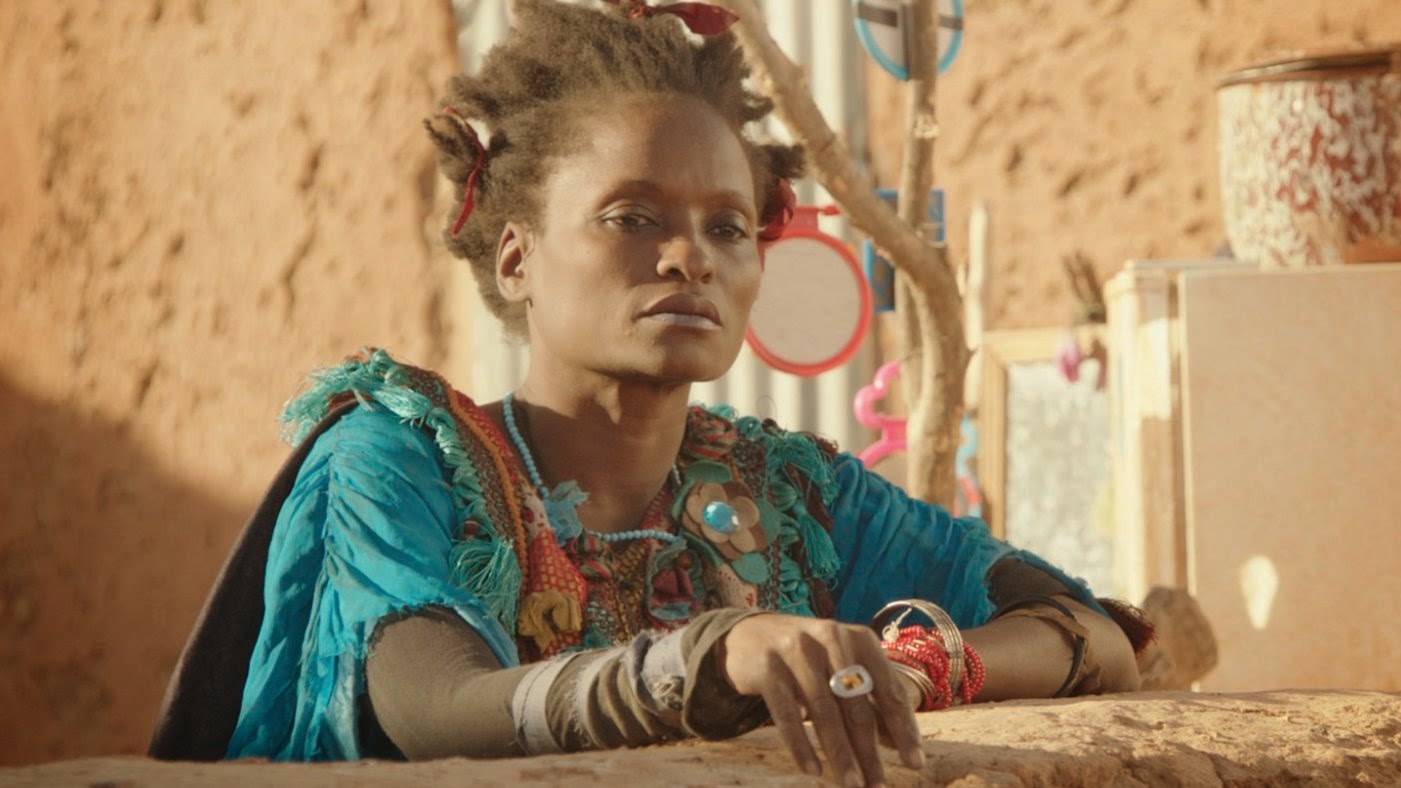 In 2013, the French army moved into this region of Mali and successfully flushed out the terrorist factions, encountering only minor resistance along the way. While the film ends well before these events with the Islamists fully in charge, there is a sense that their grip is fleeting and tenuous, enforced only by savage tactics that even some of the rebel rank and file find distasteful. Despite its contemplative nature, Timbuktu never shies away from showing the atrocities of jihad. In its coolly abstract manner, the film condemns barbarism more effectively than the thousands of breathless news reports that bombard us daily. In Sissako’s view, no amount of bombs or solders will ever alter or eradicate the destructive course of radical Islam. That will only happen when Muslims - the most profoundly effected victims - decide to reject the ideology. Timbuktu's connective tissue shows some of the weak spots in terrorism's armor and the film offers a few glimmers of hope that the process may have already begun.
at February 15, 2015

Have you ever seen a Korean movie called "Masquerade"? If not, give it a go.

Great poster. Once met this film maker at a festival. He was a promising talent at the time, and now he made this urgent new film. Added it to my must-see list.

Ah, the old moral equivalence meme. I've never seen a good old boy carry a rifle into a grocery store. They don't keep them in their pickups either.

But the movie looks interesting. I wouldn't count too much on feminism in that it takes a functioning economy to launch, usually. It worked a little bit in India and Mexico.

73V: We've had quite a few incidents of heavily armed grocery shopping.