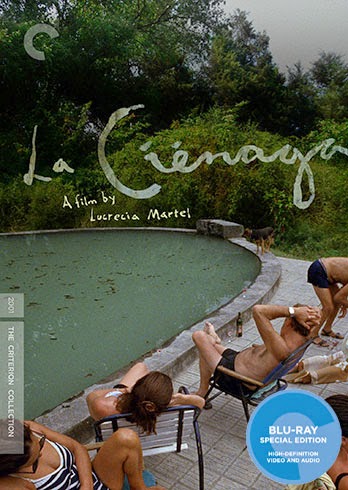 Murky swimming pools, bored adolescents, oblivion drinking and signs of the apocalypse are just some of the issues plaguing two chaotic Argentinean families in La Ciénaga, Lucrecia Martel’s feature debut from 2001. Thanks to a new hi-def pressing from Criterion, Martel’s miraculous domestic capture is available to a younger generation of cineastes who likely missed out the first time around, as well as those – like this reviewer – who saw the film years ago but had its brilliance fade into memory’s mist. La Ciénaga may have ushered in a brave new millennium, but its revelation of life’s quirks and caprices remains true and timeless.
READ MORE
at February 06, 2015

That swimming pool looks disgusting enough to prompt anyone to drink to oblivion!