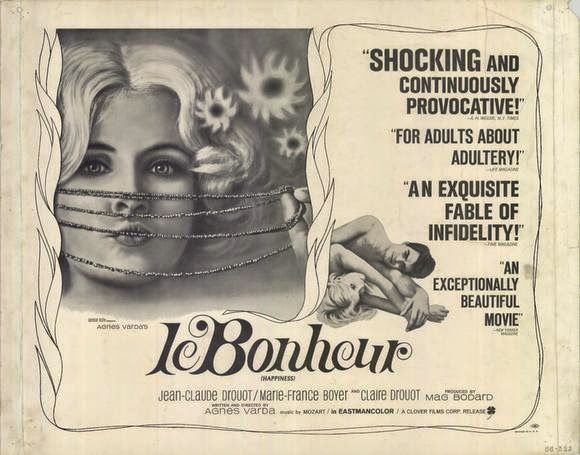 Released in February 1965, this early work by Agnes Varda is ostensibly a cheery movie with bright colors, dappled sunshine and a beautiful, loving family. Yet behind this Monet-esque revery are ideas that may have you questioning some of the basic moral principles of modern society. The story centers on Francois (Jean-Claude Drouot), a square-jawed cabinetmaker who gladly spends every spare moment with his lovely wife and adorable young kids (played by Drouot’s real life family). 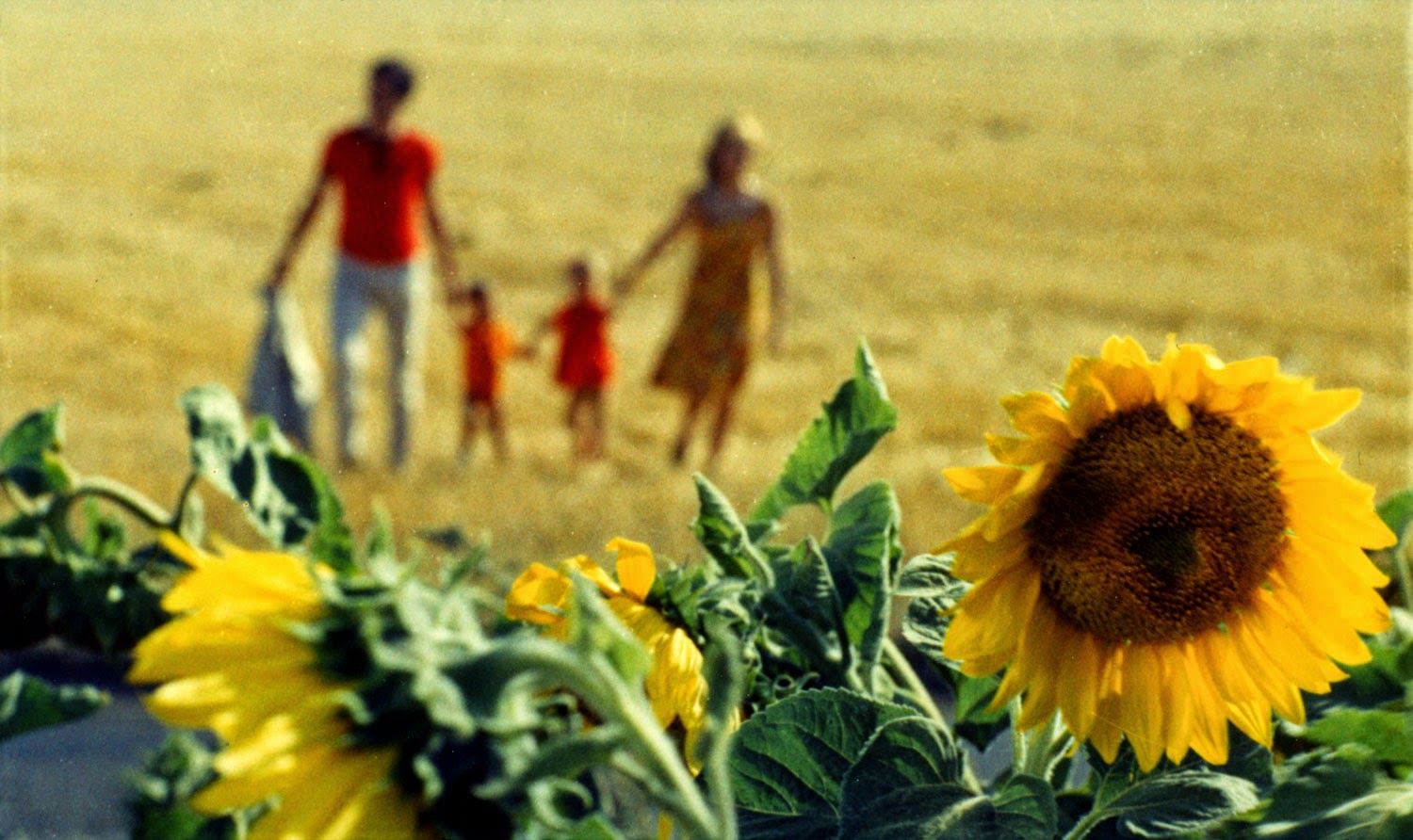 Much time is spent establishing the family’s idyllic existence in suburban Paris, as we see them engage in relaxing country picnics and nature walks, as well as exploring the deep bonds of affection and sexuality between Francois and his wife Therese. One day, Francois emerges from his mountainous sawdust pile to send a telegram, and a chance encounter with a postal clerk (Marie-France Boyer) launches a series of profound and strangely disturbing events. There is little else about the plot that can be disclosed, but suffice to say that some very controversial sexual politics are presented. So controversial that if the film had not been directed by a woman, Le Bonheur probably would have ended up on the scrapheap of misogynist cinema. 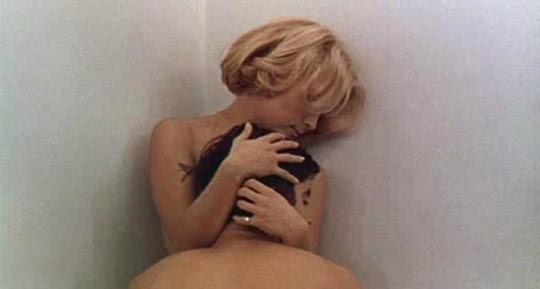 The bonus material offers a number of interesting interpretations of the film, and is quite thought provoking. The disc itself is beautifully restored thanks to Thomson’s HD Spirit Datacine, a new generation film scanner that makes possible nearly perfect recovery of even badly degraded negatives (which was apparently the case here). In all, this is a film that sticks with you, albeit in a very odd and unsettling way. 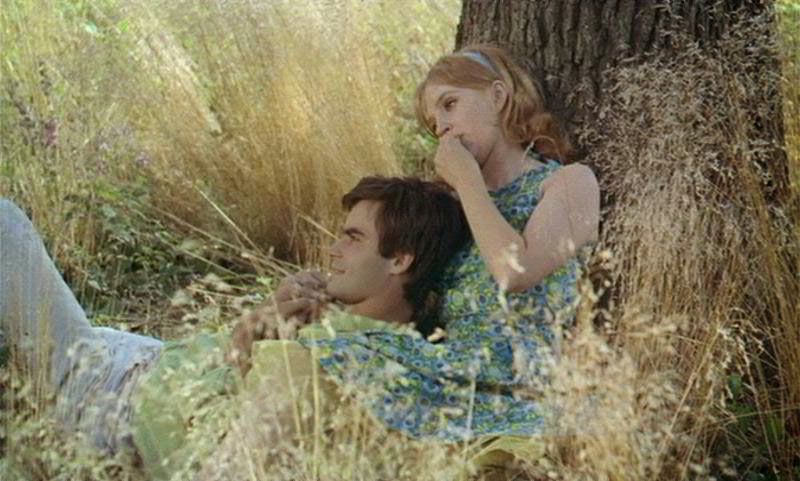 Surprisingly for a film of this vintage,  2015 finds all of the principles alive and kickin'. Agnes Varda - who has truly seen it all - is a couple years shy of her 90th birthday. The dashing Jean-Claude Drouot is pushing 80 but is busier than ever, having become a virtual fixture on French TV in recent years. Madame Drouet and Boyer are among the living as well, although their acting careers have taken a backseat to other interests. Wouldn't you love to sit at a Paris sidewalk cafe with this lot? Oh the stories they could tell….

Drouot was our idol when we were kids. He was the French Ivanhoe, TV's Thierry La Fronde. Every man of my generation can still sing the tune. And Varda is top!