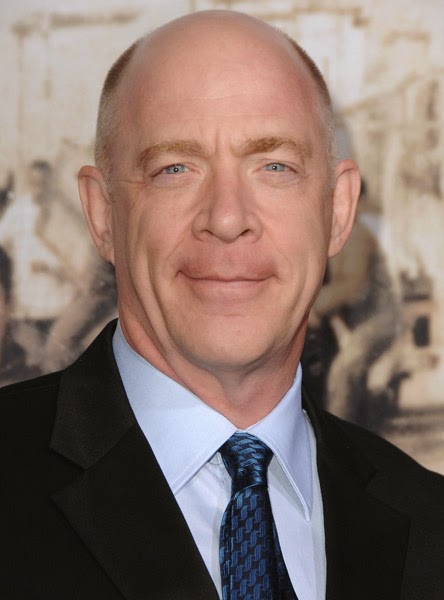 
J.K. Simmons turns 60 today, and it's great to see this career journeyman actor finally getting the recognition and praise he deserves. His astonishing portrayal in Whiplash has received SAG and Golden Globe nominations, and the Oscars will likely follow suit. This should be an exciting awards season for Simmons. I hope he's made some room on his bookcase.