Gone With the Fuzzy-Wuzzys: The Four Feathers (1939) 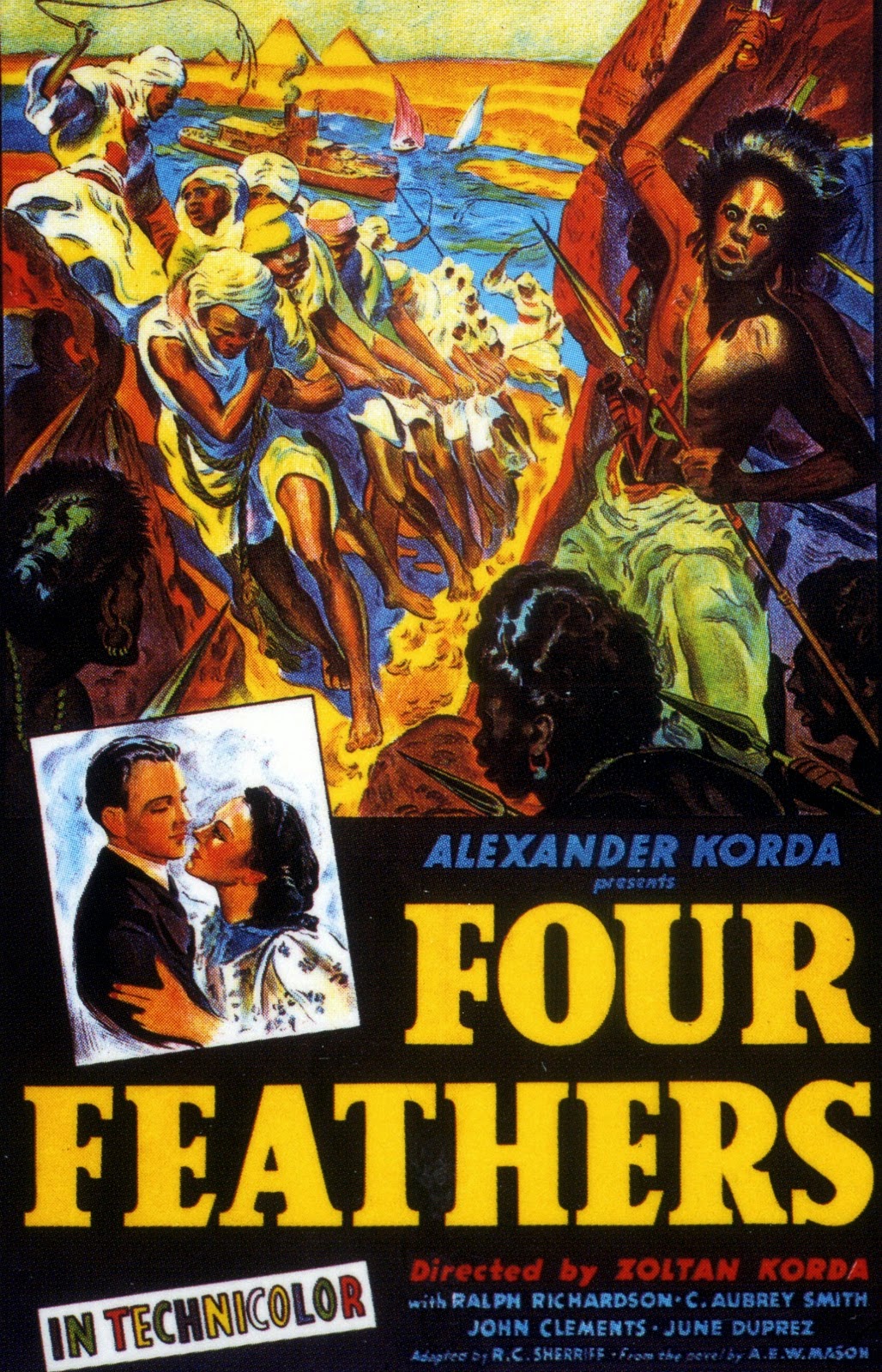 The Four Feathers, produced in that seminal cinematic year of 1939, is a rousing adventure epic that, for better or worse, reflects the popular mentality of its times. Produced by Alex Korda’s London Films, a massive operation known for sprawling costume dramas that took themselves way too seriously, The Four Feathers is all about the British military’s colonialist escapades in North Africa circa 1898. Based on a best selling novel by A.E.W. Mason, the story has been committed to celluloid at least six times - most recently as a Heath Ledger vehicle in 2002 – with each incarnation taking degrees of narrative license. But this production, directed by Korda’s brother Zoltan, is generally considered the definitive version. While it’s inherently unfair to apply today’s standards to a screenplay of this vintage, even the most tolerant appraisal would have to conclude that, despite its historical basis, this Four Feathers is guilty of excessive condescension and aggressive pandering. The film’s storyline simply isn’t believable, and its three acts range from sentimental to melodramatic to outright preposterous. 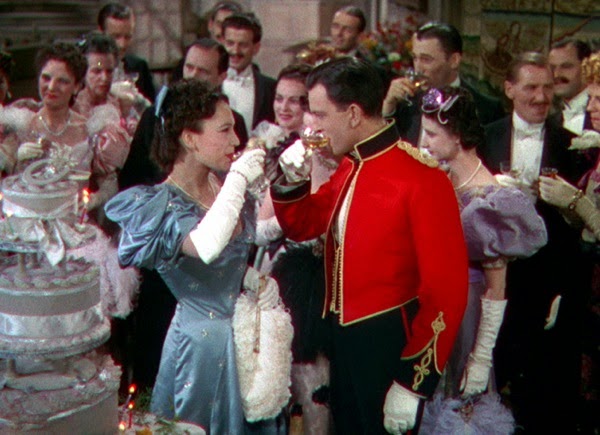 The film reduces the African conflict to a tale of four newly-minted British lieutenants: Willoughby (Jack Allen), Burroughs (Donald Gray), Durrance (Ralph Richardson) and Harry Faversham (John Clements). All are from upper-class military families, and strut about with gung ho, stiff-upper-lipped propriety reminiscent of Graham Chapman’s twitty General from the Monty Python skits. All except Faversham, a quiet, reserved chap who spends his evenings reading poetry, much to the disgust of his father (Allen Jeayes), a flinty retired officer who loudly complains that all the young men of England, especially his son, are “turning soft”. But young Faversham has other things on his mind. Along with deep, nagging doubts about the virtue of Britain’s war efforts, he’s also set to announce his engagement to the fetching Ethne; an elegant lass who, by Victorian standards, is quite the hottie. This bit of news hits the crestfallen Durrance quite hard – he was also vying for Ethne’s attentions – and a bitter rivalry develops between the two men; a rivalry that will serve as a prime mover for the rest of the film. 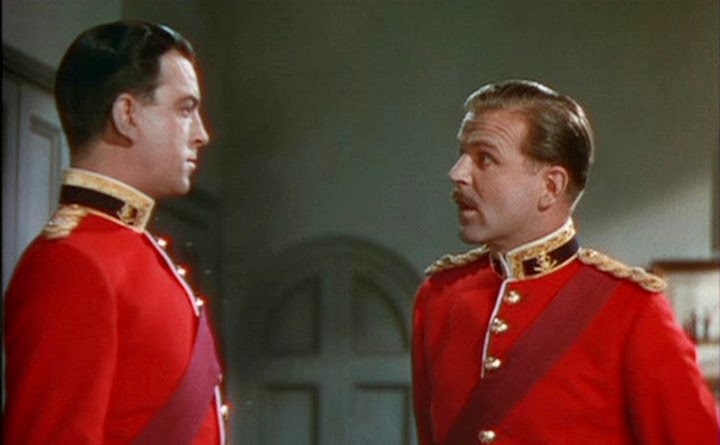 These expository scenes rank among the film’s best, with some wonderful technique driven acting and sumptuous, colorful sets. The Four Feathers is an early Technicolor production but unlike many of its peers, it strikes a good balance between saturated hues and realistic production design. Zoltan Korda’s fine touch with actors is evident, as the older generation puff on cigars and amusingly recall – some could say exaggerate - their youthful heroics in the Crimea. Clements, often derided as a wooden performer, is convincing here as a sensitive man struggling in a privileged world devoid of nuance, while Richardson is excellent as the jilted lover who cunningly decides to wait it out. Act One reverberates with a solemn sense of duty enlivened by moments of jaunty esprit de corps, and serves up enough grim foreshadowing to make viewers giddily anticipate the coming splendors. 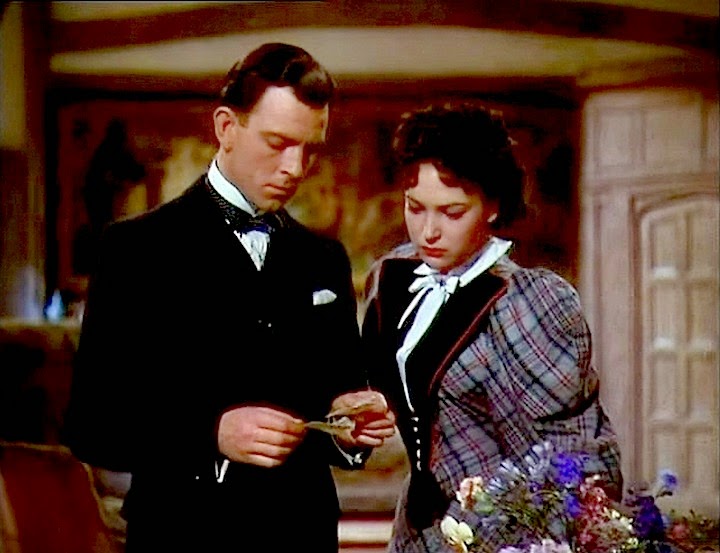 Unfortunately, it’s at this point the wheels begin to fall off. On the eve of his unit’s deployment to Africa, Faversham abruptly resigns his commission. His excuse is pressing business at home, but he is soon declared a coward, and receives an envelope in the mail containing four feathers (one each from his former friends and fiancée) as an unsubtle hint. Eventually Faversham grows to regret his decision, and embarks for Egypt where he hatches a scheme to disguise himself as a Sudanese peasant, and act as a sort of guardian angel and unofficial spy for the British; secretly returning the feathers to his estranged friends in the process. 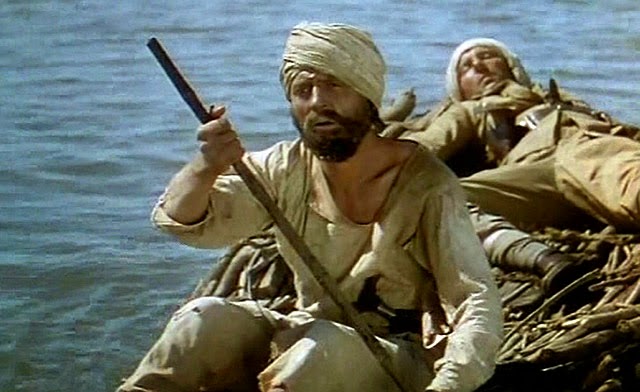 All manner of political incorrectness, and just plain idiocy, ensues as Faversham meets a kindly doctor in Cairo who agrees to “darken his skin” – no mention of how this will be achieved – in order to affect the charade. Somehow, despite the millions of souls involved in this war, a disguised, somewhat less pasty Faversham makes his way on foot – over hundreds of sweltering desert miles - to the precise encampment he seeks. Meanwhile, his former army buddies have discovered that service in the Sudan is no weekend in Brighton, as one has been struck blind (Blind, I tell you!!) by the broiling sun while the others have fallen victim to the perfidious Fuzzy Wuzzys. Yep, the local rebels are called Fuzzy Wuzzys, and it’s sort of a catchall epithet that appears not just in the dialogue, but on the intertitles as well. One would expect more sensitivity from the Kordas; after all, they were a Jewish clan from Hungary who spent much of their lives keeping one step ahead of the Nazi genocide. 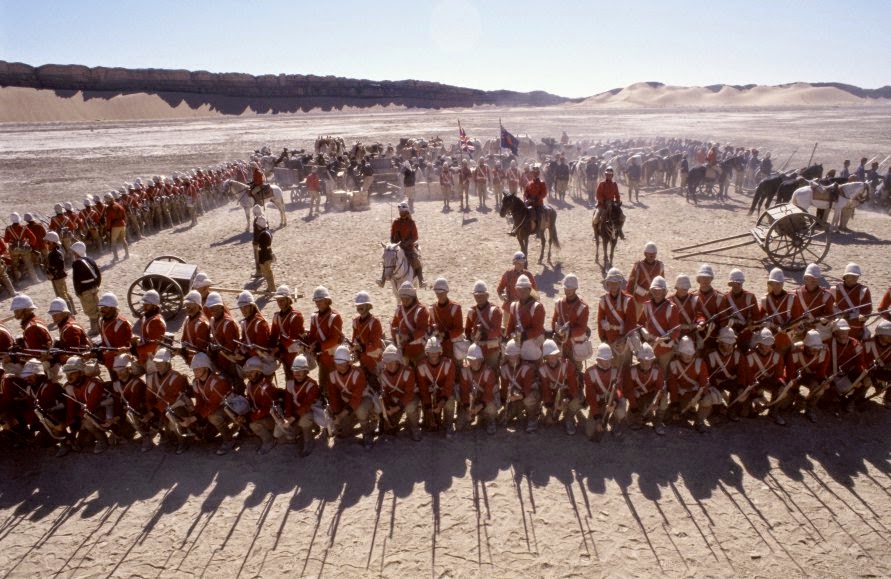 The Four Feathers includes a number of impressive battle scenes involving thousands of extras, an equally high number of charging camels, and a perpetual hailstorm of bullets. The results will please action junkies, but given the script’s massive absurdities, it all seems like wasted spectacle. Logic is abandoned entirely during the climactic Battle of Omdurman sequence, when an improbable plot device allows scores of prisoners to escape and immediately find a cache of carbines, complete with inexhaustible supplies of ammunition, at their disposal. The action becomes so incoherent that as Faversham desperately attempts to complete his sacred mission, viewers are left amid a smoldering pile of blowed up Fuzzy Wuzzys, wondering what the hell just happened. 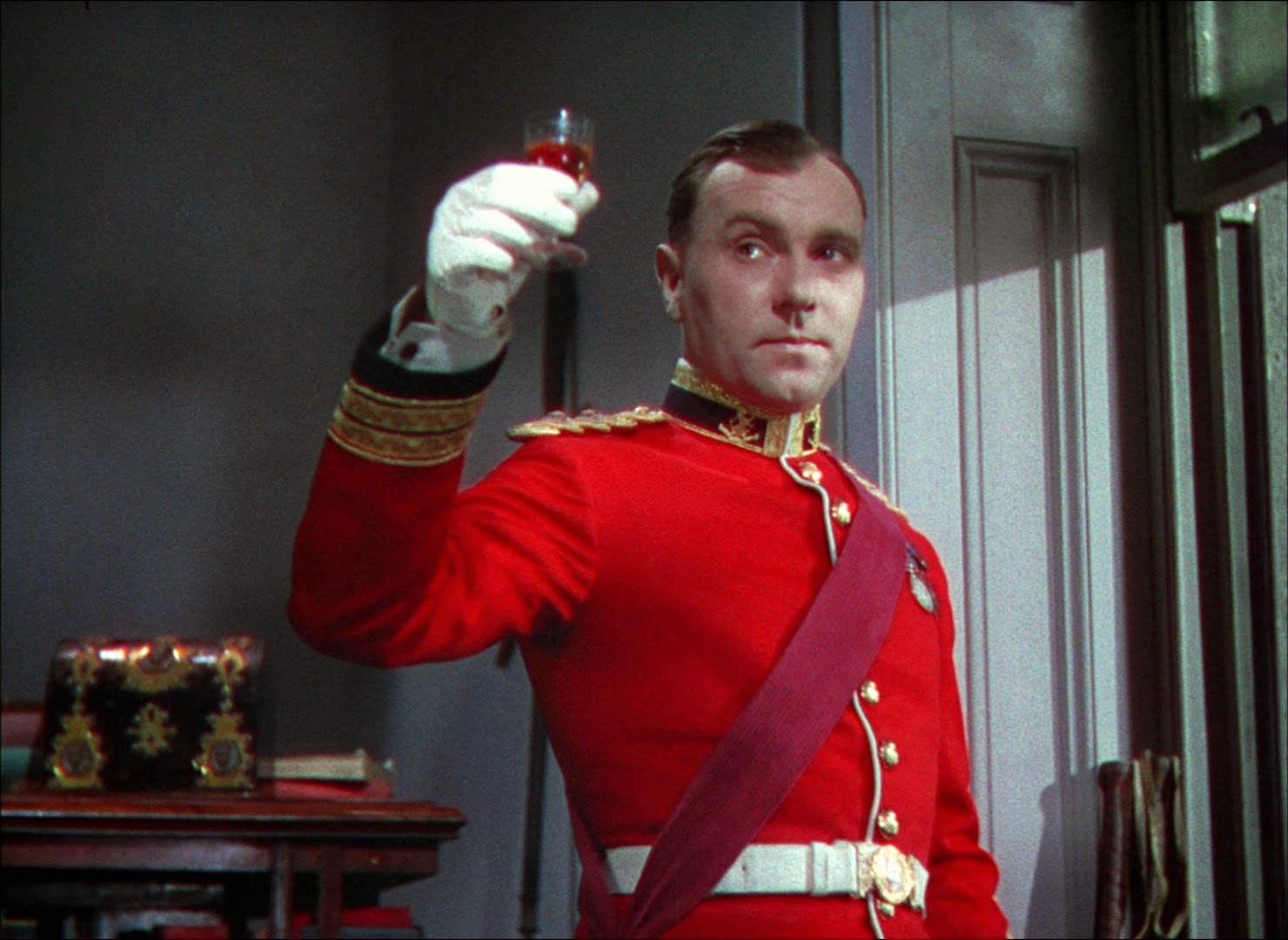 The Four Feathers reflects the spirit of a hip-hip-cheerio age of expansionist entitlement; when Anglo-Saxons wrong-headedly assumed a divine right of world domination. This is not the fault of the film, as motion pictures, like people, cannot choose their date of birth. But the film can be taken to task for its implausible twists and unreasonable demands of belief-suspension. While The Four Feathers may have resonated deeply with the audiences of 1939, today’s viewer will find it little more than a diverting, at times appalling, antique. The short, almost mocking, shrift given to Harry Faversham’s anti-war impulses speaks volumes about the ugly prevailing thought of the era. Ultimately, the suspect Faversham can only prove his bravery by going out and killing Fuzzy Wuzzys. Fortunately, at least for the most part, the civilized world has said goodbye to all that.