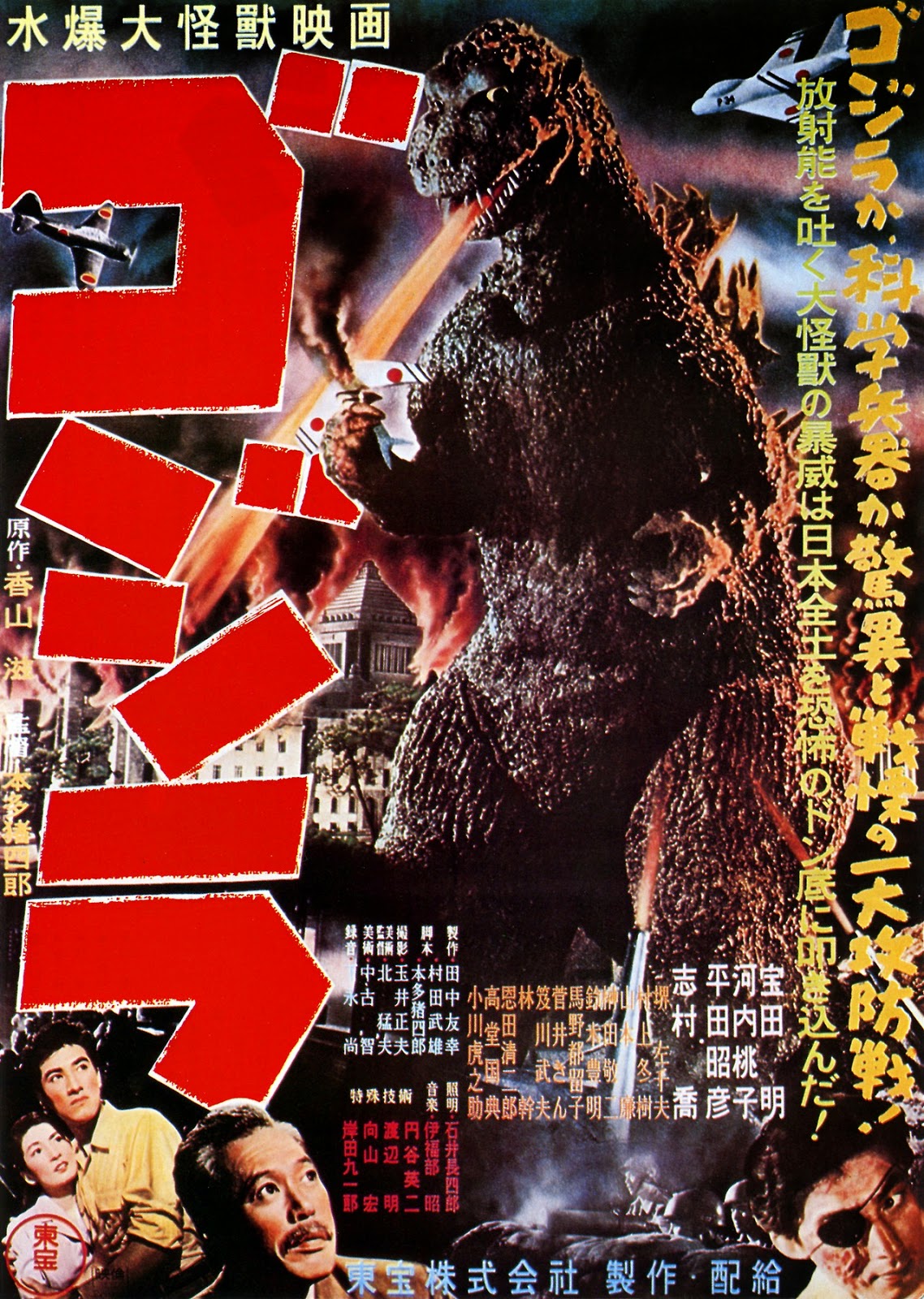 1954’s Godzilla is the paterfamilias of the giant monster from the sea concept, spawning a half century’s worth of remakes, reboots and rip-offs. Directed with grim relish by Ishiro Honda, with special effects by Eiji Tsuburaya, Godzilla is built on the stuff of nightmares, and it’s a fitting karmic justice for man’s greedy and foolhardy tinkering with the dark side of science. While often derided as imitative of American-made creature features, Godzilla upped the ante by cashing in not only on a nation’s primal fears, but its recent experience with mysterious forces of mass destruction. 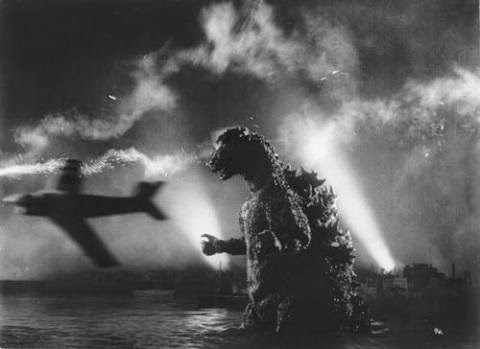 In the film’s most memorable scene, Godzilla arrives in Tokyo town, where a wild night of wanton destruction awaits. The skyscraper-size reptile displays all of his talents, including a virulent and vaporizing brand of atomic halitosis. This sequence of fiery destruction ends with the film’s most direct quotation from its cinematic ancestor King Kong when fighter planes arrive and attempt to drive Godzilla back into the sea. As the enormous monster runs amok, reducing the splendors of Tokyo to finely crushed rubble, the citizenry can only watch in helpless terror. Japan’s military defenses are powerless against this humongous lizard, just as they were a decade earlier in Hiroshima, when another devastating hellfire rained from the sky. 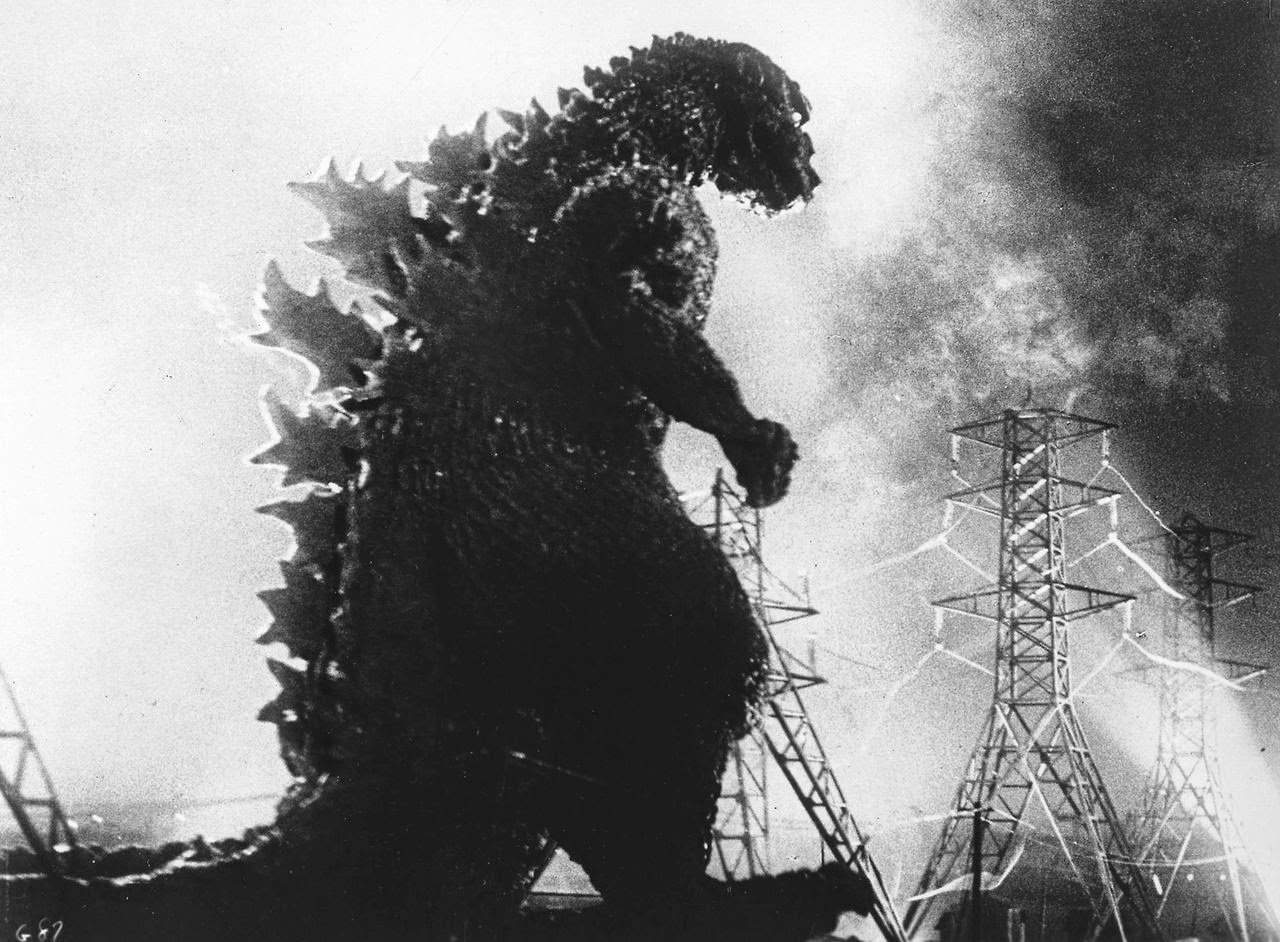 "it’s a fitting karmic justice for man’s greedy and foolhardy tinkering with the dark side of science." Love these sentences. And the poster is great too.