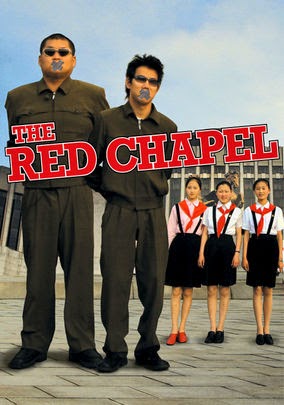 The Red Chapel is a cold and creepy documentary that manages to survive its own eccentricities. The film chronicles a Danish comedy/performance art group’s trip to North Korea under the guise of “cultural exchange”. But upon arrival it becomes clear that the entire effort is on a par with carrying coal to Newcastle, as no stage act could ever compete with the tightly controlled and highly polished fictions that comprise everyday life in Pyongyang. The befuddled Danes, despite months of preparation, find themselves overwhelmed by North Korea’s rigid conformity and utter isolation. While they spend their days rehearsing comedy routines, in the streets of Pyongyang a grand pageant proceeds, as millions of people go about their lives based on the whims of the brutal, and possibly insane, dictator Kim Jong-Il. 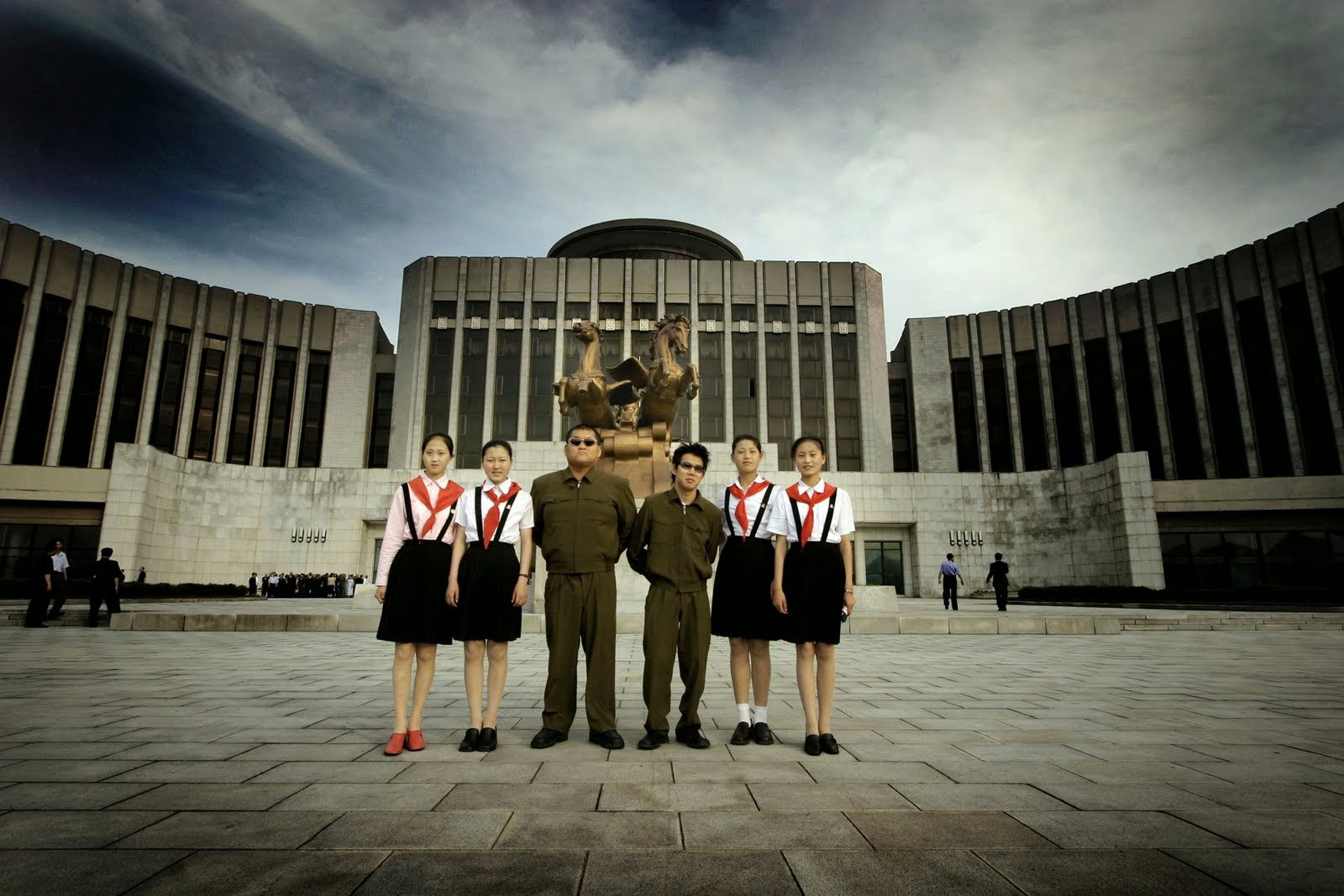 Winner of a Grand Jury Prize at Sundance, The Red Chapel takes its name from a secret communist group that operated inside Nazi Germany during WWII. The film’s director and narrator, Mads Brügger, attempts to bring a similar subversive spirit to this production, envisioning a Michael Moore style subjective documentary that will definitively expose North Korea’s foul brutality to the world. Brugger enlists a quirky pair of young comedians, Simon Jul Jorgensen and Jacob Nossell – both Korean born but adopted as infants by Danish families – to accompany him. The heavily tattooed Jorgensen has the stocky build of an NFL linebacker, while Nossell suffers from palsy - he describes himself as “spastic” - and is partially wheelchair-bound. The two make a most unusual Mutt and Jeff combo, and their comedy sketches are infinitely more bizarre than humorous.

Posing as a theatrical act, Brügger and company are granted permission to enter North Korea for a performance. But the trio finds their actions and movements so tightly controlled by the authorities that their dreams of capturing the desperation of the populace are quickly dashed. They are met at the airport by Mrs. Pak, who will serve as their tour guide, interpreter and constant watchdog. Mrs. Pak is outwardly kind and gentle, but the Danes soon suspect she is a high ranking member of the Secret Police. Brügger’s videotapes are reviewed nightly by the North Koreans, in an effort to ensure “accuracy”, and the only contact the filmmakers have with ordinary citizens of Pyongyang are during highly orchestrated public events, designed to demonstrate fealty to “Dear Leader”. Even their comedy routines are subject to revision, as the Director of the National Theatre, along with the insistent Mrs. Pak, revamps the sketches to remove even the slightest hint of controversy. 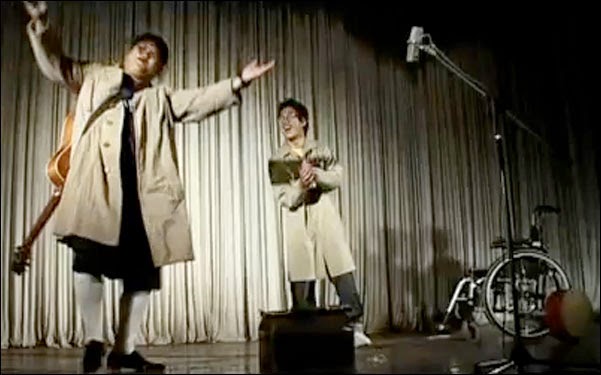 But despite the constant obstructions, Brügger manages to capture brief and harrowing glimpses of life under an iron fist. The North Korean capital, a city of crumbling skyscrapers and concrete apartment blocks, appears surreally deserted; its wide boulevards eerily quiet and empty save for the occasional smoky, rattling bus. This is not a city where people casually mingle, but stay safely nested in their homes until the next parade, when they turn out by the millions to march for the glory of Kim Jong-Il. These spectacles are coordinated with mind-boggling precision, and could only be executed by a fearful populace under the effect of an extraordinarily powerful form of brainwashing. Western viewers will find these scenes as bizarre and alien as a film about life on Saturn, and equally incomprehensible. 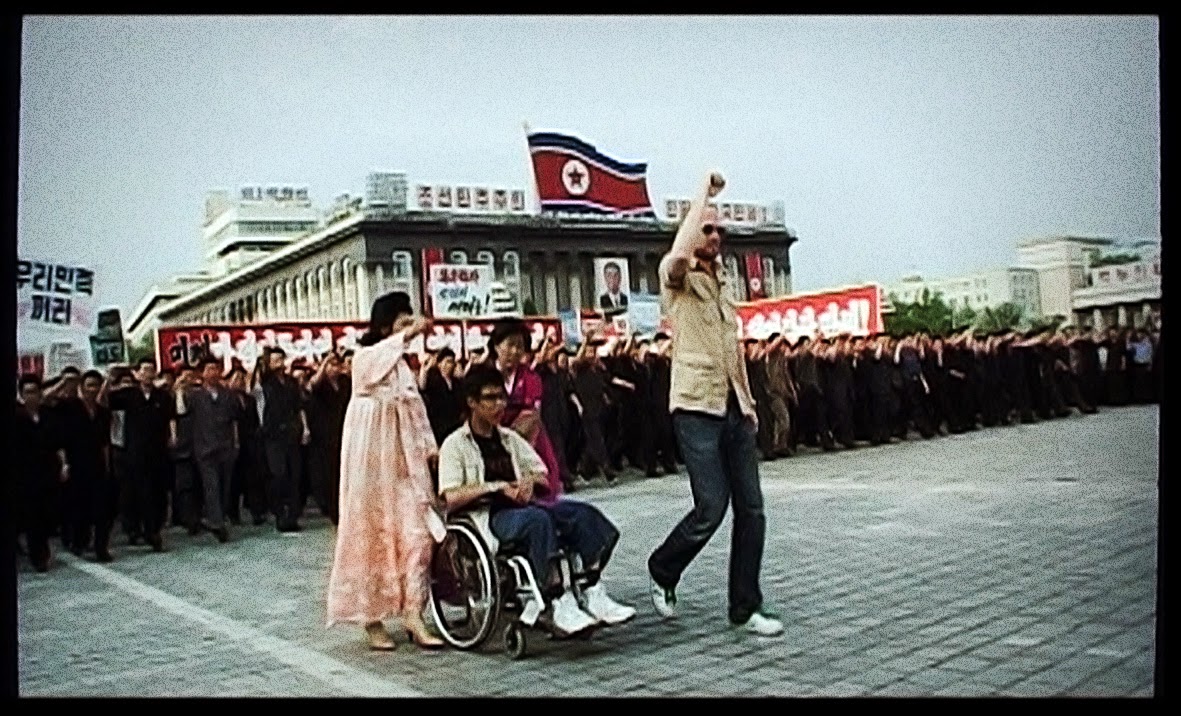 When the handicapped Jacob finds himself receiving especially attentive care from Mrs. Pak, the true motives of the North Koreans are revealed. In this tortured nation, babies born less than perfect are rumored to be routinely destroyed. The dictatorship hopes to quell this perception by showering Jacob with the lavish hospitality reserved for national heroes. Jacob cleverly tries to turn the tables by requesting a meeting with some disabled locals but, tellingly, Mrs. Pak is unable to comply. But it is not the world’s opinion that concerns Dear Leader, for this bit of propaganda is intended only for domestic consumption. As The Red Chapel makes clear, Kim Jong-Il inflicted his most pernicious lies on its own people. 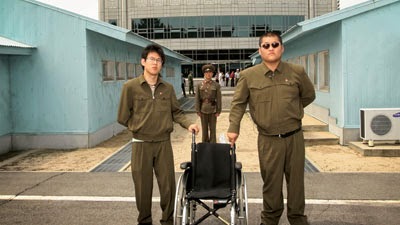 The Red Chapel’s rare and shocking insights into life in North Korea earn the film a high recommendation. But it’s something of a shame that director Mads Brügger persisted with injecting unneeded personal elements rather than simply relying on the facts on the ground. The poignant fallacy of Brügger’s thesis is brought into sharp relief during a scene where he and Jacob participate in one of Pyongyang’s many spectacular parades. As the camera zooms out, the two lonely Danes are engulfed by waves of locals - marching in perfect lock-step, clad in perfectly matching gray uniforms - creating a sea of brainwashed humanity that stretches to infinity. It’s a chilling image that will leave most viewers breathless, and never has the contrast between the ideals of individualism and collectivism been rendered more starkly. In North Korea, the idea of small, personal stories seem as absurd as Kim Jong-Il’s Elvis haircut.

Thanks. The atmosphere reminds me of East-Berlin before the Wende. I got a complete check-out once, when I entered East-Germany by Checkpoint Friedrichstrasse. I had to be photographed before several coloured walls, and had to hand over a tourist magazine from West-Berlin. I also remember a huge modernistic restaurant where we could only order two different meals despite the huge menu card. Bizarre, but fascinating too. Another world, weher people have to live in.